In October 2018, the Zimbabwe government put up the ‘For Sale’ sign on mines owned by the Zimbabwe Mining Development Corporation (ZMDC). This was part of a privatisation drive targeting 35 state-owned firms.

Within a month of inviting bids, there had been a total of 151 bidders for the mines. However, by March 2019, government withdrew the sale, saying it had not attracted enough quality bids.

Why did the sale fail?

Ahead of the ZMDC tender, the government, with funding from the African Development Bank, engaged German engineering consultants DMT GmbH & Co to look into the state of its mining assets and how ZMDC can be turned around. DMT’s preliminary assessment, reported on by newZWire then, found that investors were put off by a lack of long-term vision for the industry, that the State had too much involvement in the industry, and that there is no “value proposition” being offered to potential ZMDC investors.

By Mines Minister Winston Chitando’s own admission, “some of the assets in question had no geological information”. The tender process, he admitted, had been “just really to say here is this mine come and bid, so you find that compromises the quality of the bids you get”.

However, the government has found the sort of suitors willing to look past all this.

In an update on privatisation, the Ministry of Finance confirmed what has already been reported before; ZMDC assets will go to Landela. Other winners from the mine fire sale are Sakunda Holdings, Chinese giant Tsingshan, and Tumagole, a little-known South African venture. Another winner is the Zimbabwe Defence Forces.

At the time the initial bids were floated, the government said it would either sell entirely or allow joint ventures for ZMDC mines. In the latest update, there is no detail given as to the structure of the ZMDC deals.

Government owns 23 mine assets. Of these, just three are working.

So, who is getting what from the sale?

Landela has been announced as the winning bidder for “ZMDC Gold Assets and Sandawana Mine” in the Ministry’s report. ZMDC initially put up six gold mines for sale.

Among these are Jena gold mine in Silobela, which has ore capacity of 450 tonnes per day. However, its equipment is old and much of the plant has been stripped by creditors.

Elvington shut down in 2003 after the collapse of one of its main shafts. It has been under care and maintenance since. The mine used to produce 45kg per month, and some data has shown it can yield US$2.4 million per month should it fully develop its 21 blocks of mining claims .

Sandawana, the gemstone mine near Mberengwa, sits on at least nine known deposits. According to Landela CEO David Brown, the company is assessing the potential of the mine and will reach a decision “in the next few weeks”.

Landela is on a shopping spree, having recently taken over Metallon’s Shamva and Mazowe mines, Bindura Nickel Corporation and Freda Rebecca Mine. It is also the 50% JV partner in Great Dyke Investments, which is developing the Darwendale platinum project.

Sakunda, the commodities company linked to Kuda Tagwirei, was awarded Special Grant 5 755 near Lupane to prospect for gas. This is an area covering 333,160 hectares. Sakunda had already been awarded a grant to explore for coalbed methane at two locations there in 2015, in partnership with ZMDC. This was after Lupane Gas, a unit of IDC, had failed to make progress on exploration

CBM is a form of natural gas extracted from coalbeds.

The company, headed by Thapelo Tshepe, has no known record in resources. In 2019, the company claimed it would invest R55 billion into the Lupane project.

The company, he said, was only waiting for “binding contracts” from Zimbabwe to get these moving.

Bravura is to develop the Serui platinum concessions, which sit just south of the Hartley complex on the Great Dyke. Bravura is an arm of Nigerian billionaire Benedict Peters’ energy firm Aiteo.

The site is not without controversy. The claims were once held by Amari Holdings, a British Virgin Islands-based company. In 2007, the company formed platinum and nickel ventures with ZMDC. However, these were cancelled by the government in 2010.

In December, Amari went to the International Court of Arbitration in Lusaka and won a bid to seize assets worth US$65.9-million as compensation from ZMDC. Zimbabwe, however, says Amari’s ZMDC deals had been approved illegally by ZMDC officials.

It was reported in 2019 that Amari had been approached by Peters to seek a settlement. Peters’ Bravura Holdings however denied the reports.

While Bravura’s parent company Aiteo is a major energy player, it has no platinum experience. The company only branched out into mining in 2017 after winning a mining licence in the DRC

Bravura holds a bank of concessions in the DRC, including copper and cobalt claims in the mineral-rich Katanga province. It also has prospects in Nigeria and in Guinea, where Peters is looking to latch on to the bauxite boom there.

For Bravura, developing the mine will be no easy task. The PGM deposits at Hartley are notoriously complex to mine, even for experienced miners. 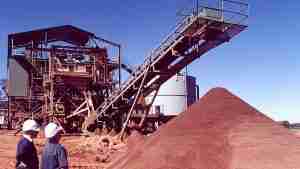 According to the privatisation update, the Kamativi lithium concession has been granted to “Beijing PingChang, Lintmar, Zimbabwe Defense Forces”.

Lintmar’s Zimbabwe Lithium Company (ZLC), in which Canadian-listed miner Chimata Gold Corp has a 19% shareholding, has been in a joint venture with ZMDC to extract lithium from the tailings dump at Kamativi’s abandoned tin mine.

However, a dispute with China’s Pingchang has long delayed development. Pingchang had claimed it had rights to the dump, but an arbitrator ruled in Lintmar’s favour.

[Click to read – From tin to lithium: How old Kamativi mine is being reinvented]

It remains unclear why Pingchang is listed as one of the bidders on Kamativi. ZMDC had long said they were not interested in a partnership with Pingshang after it failed to back up an earlier partnership to develop the tailings.

In 2015, Pingchang pledged to invest US$102 million. However, three years later, ZMDC told told a parliamentary committee that the company had not met this pledge. The company, ZMDC said, had only bought US$1 million worth of equipment. The equipment, in any case, turned out to be unsuitable for the mine.

The ZDF’s role at Kamativi is also not made clear.

China’s Tsingshan Global Holdings, the world’s number one producer of stainless steel, is being granted exploration rights for lithium in Mberengwa.

In June 2018, the company signed an MoU with the government for the construction of a US$1 billion steel plant at Mvuma. After further exploration, the company was given additional access to coal, nickel and lithium deposits. Tshingshan’s local arm, Afrochine, already produces ferrochrome from its Selous plant.