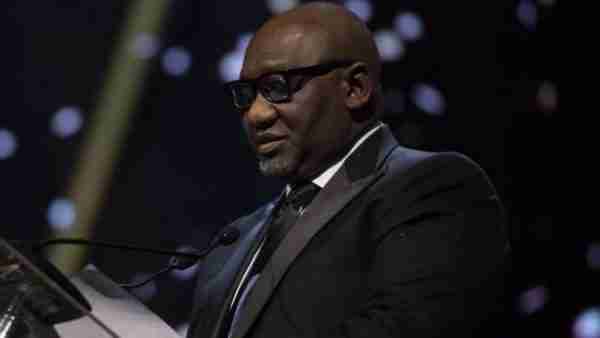 Bravura, the resources arm of Peters’ energy firm Aiteo, is to develop the Serui Concession, just south of the Hartley complex on the Great Dyke. President Emmerson Mnangagwa will oversee the signing of the agreement. There will be questions on the Zimbabwe government’s decision to award Bravura a concession on the rich platinum belt; while Bravura’s parent company Aiteo is a major energy player, it has no platinum experience. The company only branched out into mining two years ago after winning a mining licence in the DRC.

The other is to be the controversial Todal, also mentioned by Mnangagwa during a tour of the Unki platinum smelter last week.

Peters, based in Ghana, is a major player in energy in Nigeria, where his businesses have seen both success and controversy.

In 2014, Aiteo acquired oil-mining leases from Shell for $3 billion, managing to more than tripple output from the assets. Aiteo also runs Nembe Creek Trunk Line, a 100km pipeline with a capacity of 600 thousand barrels per day. Some press reports describe Aiteo as the largest locally-held oil and gas firm in Nigeria.

However, Aiteo was investigated on charges relating to asset transfers by the Economic and Financial Crimes Commission, EFCC, Nigeria’s anti-corruption unit. The company was cleared in 2017.

That same year, a court also cleared Peters on allegations of bribery and money laundering. He won a court order in 2018 to have the EFCC remove his name from a ‘wanted list’.

Peters, said to have a net worth of $2.7 billion, is seeking new frontiers away from oil, and appears to have an appetite for risk.

After his 2017 entry into the DRC, a country still shunned by some large miners despite its rich resources, Peters wrote in the Huffington Post: “The greatest favour we can do the DRC is not simply to be patient with her development, but to contribute to it. And by doing so, we will change the way the world thinks about the DRC, reflecting a bold and optimistic reality.”

Bravura holds a bank of concessions in the DRC, including copper and cobalt claims the mineral-rich Katanga province. It also has prospects in Nigeria and in Guinea, where Peters is looking to latch on to the bauxite boom there.

However, none of Aiteo’s mining prospects have entered development phase, according to a portfolio of Peters’ assets. Zimbabwe is also his first platinum play, underlining Bravura’s lack of a track record in PGMs.

For Bravura, developing the mine will be no easy task. The PGM deposits at Hartley are notoriously complex to mine, even for experienced miners. In 1999, Australian firm BHP abandoned mining after hauling only a third of the budgeted ore output, failing to manage the unstable ground, and suffering a loss of reserves and ore dilution at levels well outside feasibility studies. BHP had to write down its investment by A$300 million.

One year of COVID-19: Looking back at a year of isolation and loss