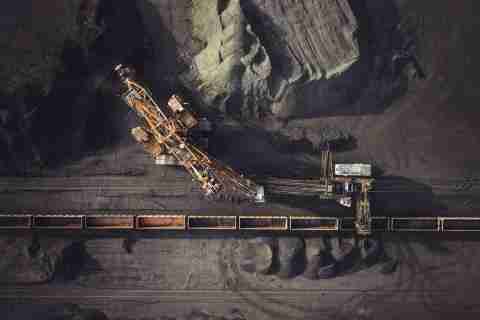 The Government will announce the successful bidders for the gold assets it put on sale earlier this year, and more State-owned mines will be put up for sale by the end of the month, Mines Minister Winston Chitando has said on Monday.

The six mines, owned by the Zimbabwe Mining Development Corporation (ZMDC), were among parastatals put up for sale as part of Government’s privatisation drive, meant to cut expenses. The assets will either be sold outright or investors would be invited into joint ventures.

Mines Minister Winston Chitando told the parliamentary portfolio committee on mines that a further 20 assets owned ZMDC will also be put on the market by the end of November.

“As government, we would like to see each and every asset owned by ZMDC getting into production,” Chitando said.

Gold is Zimbabwe’s single largest mineral export. Bullion output reached a record 994,726 ounces between January and October this year, compared with 952,397 ounces for the whole of 2017, Chitando said.

Most ZMDC mines are either under care and maintenance or operating well below capacity, but they some sit on attractive deposits that may be a draw for potential investors.

Jena gold mine in Silobela has ore capacity of 450 tonnes per day, but its equipment is old and much of the plant has been stripped by creditors.

Elvington shut down in 2003 after the collapse of one of its main shafts. It has been under care and maintenance since. The mine used to produce 45kg per month, and some data has shown it can yield $2.4 million per month should it fully develop the 21 blocks of mining claims it sits on.

ZMDC owned 50% in Lynx Graphite Mine near Karoi, but the operation collapsed after the German partners pulled out.

Other ZMDC mines include Mhangura Copper Mines, which shut down in 2000 due to the collapse in world copper prices, and Sabi, a gold mine near Zvishavane that has seen some recovery after the arrival of a local consortium, Chandiwana Investments. ZMDC is also in a partnership for the treatment of tailings dumps at Kamativi mine.

The buyers
In total, the Government has received over 151 bids for the mines. Caledonia Mining Corp, which already operates Blanket mine in southern Zimbabwe, is among the bidders for the two gold mines.

The company is listed on the Toronto Stock Exchange and also trades on the NYSE and on AIM in London.

According to Maurice Mason, the company’s head of corporate development, Caledonia is on the market to buy up closed mines.

“There were many mines that closed because the operating environment was too tough,” Mason said earlier this year, adding that Caledonia was evaluating a few mines. “With (new) capital they could produce far more gold.”

One stumbling block to merger and acquisition activity in Zimbabwe was the valuation gap between buyers and sellers. At the end of 2017, Caledonia had a cash balance of US$12.8 million.

The forex shortages may however blunt further investor interest in buying Zimbabwean mines. Gold producers retain just 30% of their export earnings, with the rest paid out in local transfers which are unable to catch up with rising input costs. Mines also say Reserve Bank of Zimbabwe’s gold buyer, Fidelity Printers & Refiners, has not been paying even that 30%.

RioZim last month was forced to temporarily shut down its three gold mines as forex shortages left it unable to buy essential inputs.

Some industry players however say Zimbabwe still holds good potential for investors ready to go the long term, a stance shared by Caledonia.

In August, encouraged by the repeal of the indigenisation law that restricted foreign ownership of mines, Caledonia increased its shareholding in Blanket Mine from 49% to 64%, and said it was taking a longer term view on Zimbabwe.