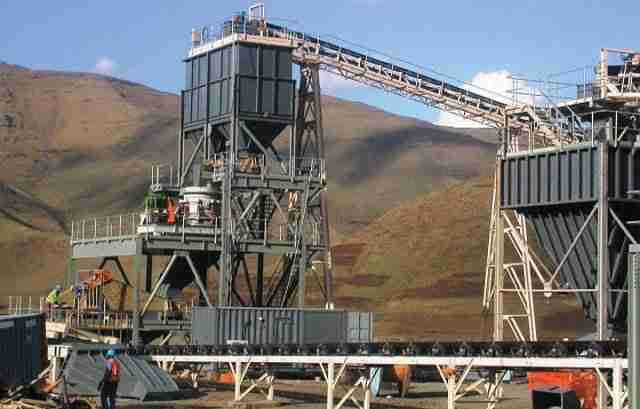 Zimbabwe, which is banking on investment in its natural resources to arrest an economic free-fall, faces having the assets of the state mining company seized after a final appeal of a 2014 arbitration ruling failed.

Companies linked to British Virgin Islands-based Amari Holdings won the right to seize assets worth US$65.9 million in compensation for Zimbabwe Mining Development Corporation’s cancellation of nickel and platinum ventures formed in 2007 and 2008. The ruling by the International Court of Arbitration was made after a hearing in Lusaka, Zambia.

The development comes at a difficult time for Zimbabwe, with the government forecasting the economy will contract 6.5% this year because of crippling foreign-currency, fuel, wheat and power shortages. The state is seeking to convince investors from Cyprus, South Africa, Russia and Nigeria to spend billions of dollars developing its platinum reserves, the world’s third-largest. It’s also rich in gold, chrome and iron ore.

“We are by law entitled to attach any asset belonging to the ZMDC or their 100% shareholder, the Zimbabwean government,” Ian Small-Smith, a lawyer acting for Amari, said Monday. “They seemingly still don’t appreciate how adversely this will impact the credibility of Zimbabwe as an investment destination.”

The dispute arose over plans Amari had to develop mines in Zimbabwe. The company formed platinum and nickel ventures with ZMDC that were 50% and 45% owned by the state company respectively.

Zimbabwe’s assertion that the deals weren’t appropriately approved by ZMDC officials and the nation’s mines minister were rejected by the court.

Amari will seek to seize fixed assets owned by Zimbabwe and ZMDC both in the country and elsewhere and may also target shipments of diamonds and tobacco, Small-Smith said.

“The Ministry of Mines is aware of this development and the matter is under control through a number of stakeholder engagement processes,” Zimbabwean Secretary for Mines Mazai Moyo said.

Amari has been approached by Benedict Peters, a Nigerian billionaire who was awarded the platinum prospect initially held by Amari, Small-Smith said. Peters had been seeking a settlement with Amari, he said.

This was denied by a representative of Peters’ Bravura Holdings.

“There is no truth that any entity or party has been approached by it to settle any such disputes,” said Lionel Mahlanga, Bravura’s representative in Zimbabwe.

“Bravura holds legal and rightful titles to exploit some platinum claims in Zimbabwe awarded to it after interests ostensibly held by the previous owners were forfeited by the Ministry of Mines as a result of their non-performance of key statutory and commercial obligations,” he said.

Amari was founded by Mike Nunn, the South African mining entrepreneur who established Tanzanite One Ltd. to exploit the blue precious stone found only in Tanzania.

OPINION | Why moves on the ZSE and Old Mutual pose an ‘existential threat’...