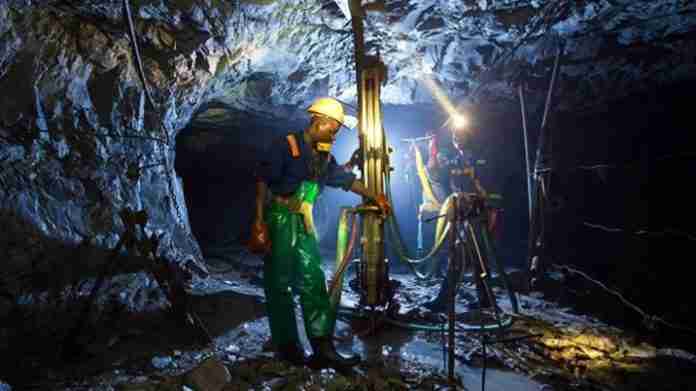 The sell-off of the country’s loss-making mine assets was the first major test for Zimbabwe’s “Open for Business” gospel. This would tell us whether the country was ready to attract foreign capital to invest in its resources.

Now, Zimbabwe has cancelled bids for six of the Zimbabwe Mining Development Corporation (ZMDC) mines, and the verdict is out: the country just isn’t ready yet.

There was some initial excitement; in total, over 151 bids were received. But all the bids have now been rejected, because Zimbabwe has failed to attract high quality bidders.

The reason for this, according to mining consultants involved in the sell-off, mining industry executives and government officials, is that Zimbabwe does not know the value of what it is selling, the mines have too much debt, and layers of mining laws and red tape are still making Zimbabwe far from being “Open for Business”.

According to Mines Minister Winston Chitando, the bidders failed to meet the required standards.

“The whole idea is really not just to give the best bid but to ensure that we get the best value for the country,” said Chitando.

First, there was not enough detail on the worth of the resources, because of outdated geological data. Secondly, investors were also frustrated by the mishmash of mining and investment laws still governing the country, despite numerous promises by President Emmerson Mnangagwa’s government to fix the problem. Unresolved concerns over security of title and forex repatriation also weighed on the offer.

Ahead of the ZMDC tender, the Zimbabwe government, with funding from the African Development Bank, engaged German engineering consultants DMT GmbH & Co to look into the state of its mining assets and how ZMDC can be turned around. DMT’s preliminary assessment, seen by newZWire, found that investors were put off by a lack of long-term vision for the industry, that the State has too much involvement in the industry, and that there is no “value proposition” being offered investors.

“You had no full picture on what’s on sale; there is no updated data on the value of the resources beneath,” said the executive of one exploration firm that examined the offers. “This means the investor doesn’t know the value proposition you are putting forward.”

By Chitando’s own admission, “some of the assets in question had no geological information”. The tender process, he admits, had been “just really to say here is this mine come and bid, so you find that compromises the quality of the bids you get”.

In 2018, ZMDC spent $1.8 million on exploration, a fraction of what is needed. Zimbabwe boasts of being mineral rich. In truth, Zimbabwe has no real idea just how much mineral wealth it has. According to data from the Ministry of Mines, during the peak gold production year in 1999, Zimbabwe had over 300 Exclusive Prospecting Orders (EPOs), which allow a company to explore minerals. The number had dropped to three by 2017. Only eight new EPOs were issued last year.

This means the country is underexplored, and its calls for investors are being done blindly. This frustrated many potential bidders.

Zimbabwe: Too much law

Zimbabwe has far too many laws governing mining, consultants and miners told the government. The industry is run by too many departments, which makes it hard for investors to figure out what they are getting themselves into.

An investor trying to get into Zimbabwe mining has to navigate through a maze of laws; there is the Mines and Minerals Act, a new version of which was rejected by the President last year. There are also the Mines and Minerals (Custom Milling Plants) Regulations, the Gold Trade Act, the Precious Stones Trade Act, the Zimbabwe Mining Development Act and a rash of other rules governing mining grants. Regulations compelling “beneficiation” – a favourite mantra of government backed by neither the necessary capital nor reality – have also kept new money at bay.

Investors also have to find their way around various State agencies overseeing mining, from ZMDC, to the Minerals Marketing Corporation of Zimbabwe, which sells minerals outside of gold, Fidelity Printers and Refiners, the sold gold buyer, and the Mining Promotion Corporation, the mineral exploration arm of government. This, one group told the government, makes Zimbabwe “too complex” to navigate.

Government remains a major player in mining, and investors also feared they would end up having to compete with the State. Where ZMDC is to retain equity, the offer did not make clear how control would be determined. “There were no assurance on non-interference,” an investor group said.

Should an investor keen to buy a State mine make their way past all that, they still have to know what it is they are buying. Jena gold mine, for example, used to haul 450 tonnes of ore per day, but much of its aged plant has been stripped down by creditors, owed millions by the mine.

One ZMDC report said the mine needed US$18.5 million just to get it working again. However, the ZMDC offer, much to the frustration of investors, places the burden on investors to put in all the capital.

ZMDC’s debt, a lot of it undisclosed, was enough to keep quality investors away from bidding for the mines. Among the fears they raised were debts owed to workers and other legacy arrears.

Zimbabwe: What do you really want?

Government has received recommendations to hash out a new strategy, involving some reforms to mine laws. Government is also bundling ZMDC’s assets into divisions, hoping ultimately to recapitalise the company. However, given that the positive investor sentiment of early last year has since turned sour, and given the lethargy Mnangagwa’s administration has shown on reform, Zimbabwe may well have already squandered its chance.

According to mining executives, with the mining sale failed, Zimbabwe is now looking internally for investment into ZMDC, although the capital required may remain a hurdle.

For over a year, Zimbabwe has said it was “Open for Business”. However, what investors wanted was not rhetoric, but concrete details. At Zimbabwe’s meeting with the US Chamber of Commerce and Corporate Council for Africa in Washington in September 2018, “potential partners attending the roundtable noted the absence (of detail) and the basic nature of the slide shows, reflecting the (Zimbabwe) delegation’s inexperience at global investor gatherings”, according to Gary Kleiman, senior partner at Kleiman International.

As one consultant told the Ministry of Mines in February, before seeking out investors, the government first has to decide just what it wants.