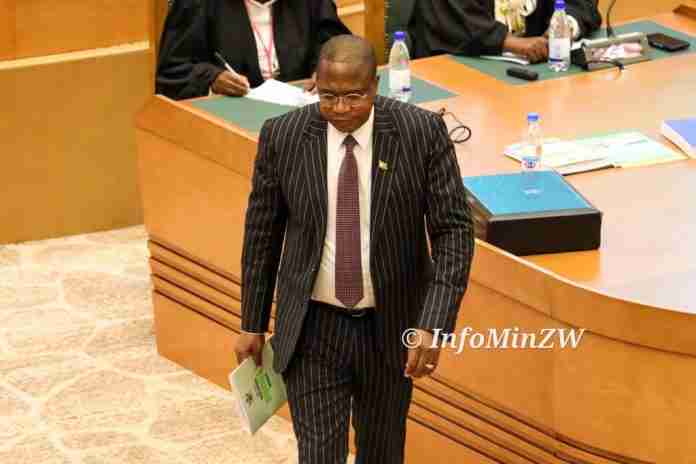 Finance Minister Mthuli Ncube picked an odd quote to cap off his 2023 national budget statement on Thursday. He quoted Mahatma Gandhi: “The future depends on what you do today.”

But a more apt quote would have been from the plunderer Jack Sparrow in Pirates of the Caribbean: “Take what you can. Give nothing back”.

That was the running theme of Ncube’s budget. While he had indicated that he would bring no major shocks, the main highlight was how little he is giving in terms of tax relief in the face of rising inflation

Ncube expects to raise revenue of Z$3.9 trillion (18% of GDP) in 2023. Government spending is less than half of what its departments had asked for – about Z$8.7 trillion – showing the gap between what ministries want, and what Ncube is ready to give back.

Here are some highlights from his budget statement.

Ncube has cut his forecast for economic growth for 2022. Initially, Ncube had projected the economy to grow by 5.5% this year. He then revised this mid-year to 4.6%. He has now further cut this to 4%. He says the economy will grow at a slower pace due to high inflation and the impact of the tight monetary policy on aggregate demand. He expects the economy to grow by 3.8% next year.

Ncube has not given any real tax breaks, including to workers.

There were no new concessions on personal tax. In his mid-term budget, Ncube increased the tax-free thresholds from ZW$300,000 to ZW$600,000 per annum and adjusted the tax bands to end at ZW$12 million from ZW$6,000,000 per annum. He makes no tax band changes in the latest budget, a rare step that suggests he believes his mid-year changes were enough, despite annual inflation of almost 270% in October.

He has cut the tax paid on USD transactions (known IMTT) from 4% to 2%, matching the existing tax on Zimbabwe dollar transactions. This is a nod to demands from business groups such as CZI and ZNCC to cut the 4% tax. However, Ncube ignored their calls to make the IMTT tax-deductible to ease the burden on their operations. Others had called for the tax to be dropped altogether.

There will be no IMTT charged on payments to wheat farmers, Ncube says. He said he will also reconsider a regulation that requires depositors to surrender 20% of their foreign currency deposits.

VAT is up again

More bad news on the tax front, as Ncube takes what he can: He is raising Value Added Tax (VAT). He cut the rate from 15% to 14.5% in 2020, to cushion the economy against COVID-19. He is taking it back to 15%, which he says matches the regional average for the tax. This will have an impact on goods and services. He believes the impact will be mitigated by exemptions on basic goods and services.

He has also introduced some penalties for those who delay paying their taxes, hoping to take advantage of inflation to pay less at a later time. Tax debts will be charged at the prevailing official exchange rate.

Last year, the government suspended duty on imported basic goods, saying this was needed to stabilise prices. This was opposed by local industry. That duty suspension expired this month, and Ncube says he is not extending it. This means basic goods imports will now pay duty.

What about the power crisis?

Ncube says low water levels at Kariba, breakdowns at thermal power stations and vandalism are behind the power shortages.

He will give priority to the completion of the Hwange 7 & 8 projects, which will add 600MW to the grid by next year. In 2023, US$472 million from the China Exim Bank loan facility will be released for the project. ZESA will spend ZWL$20.1 billion for local works while government will pay another ZWL$3 billion to meet its obligations for the project.

Higher power tariffs will also ensure that consumers, including large power users like ferrochrome companies, pay “a cost reflective tariff, which should enable the power utility to improve generation and capacity to import in order to close the supply/demand gap.”

How govt will fund farmers this season

The Government has issued a guarantee worth the equivalent of US$154.6 million to AFC Bank to fund maize, soya beans, sunflower and traditional grains. This is under the National Enhanced Agriculture Productivity Scheme (previously known as Command Agriculture).

The Ministry of Primary and Secondary Education got the largest allocation, with Z$631.3 billion. Health got Z$473.7 billion and Agriculture Z$362.5 billion. In 2022, government salaries will eat up 52% of revenue, up from 39% last year.

Against the grain: Zimbabwean farmers have just produced their biggest ever wheat crop. How...

Most COVID-19 deaths, hospitalisations in Zimbabwe are among the unvaccinated, data shows