The rich will compete harder for high-end residential properties, demand for suburban office space will keep rising, while demand for industrial and retail space firms. As for the Harare CBD, its rapid death will continue.

This is according to recent assessments of the Zimbabwe property market by two leading players in the sector, Knight Frank and Mashonaland Holdings (Mashold), which give an insight into the state of the economy.

According to Knight Frank, most of the office space in the Harare CBD is empty.

“With persistent issues regarding parking, street vendors and high levels of pollution, coupled with the increased rents, demand for CBD office space has fallen sharply, leaving voids of around 60% on average,” Knight Frank says in its latest report on the African property market.

Mashold agrees, and says CBD property owners are carving up their spaces into smaller units, a sign of the dominance of informal businesses in the economy.

“The office sector however remains subdued, particularly in the CBD, with new lettings being recorded through innovative solutions providing flexible and miniaturised office space,” Mashold says in its latest half-year report.

But the picture is different in other parts of the sector.

According to Mashold, “despite the faltering economic activity, the occupier submarket’s retail and industrial sectors have remained relatively resilient”.

However, investors are not building enough new projects because of rising inflation and high interest rates. PPC says it has raised its USD cement prices three times this year, by a cumulative 12%.

Mashold says: “The development submarket is the most affected as construction costs remain on an upward spiral in both currencies. As a result, the sub-market continues to be dominated by residential property projects and a few small-sized commercial developments. The high interest rates on mortgage lending coupled with declining disposable incomes however continue to act as hindrances against further growth in the residential sector developments.”

For the rich, there is a race for high-end properties, and this is making these properties even more expensive. As other capital markets such as the stock market falter, investors are rushing into property. But there just isn’t enough to buy.

Says Mashold: “Middle to high-income residential properties continue to present investors with an avenue for value preservation as the inflation trend remains uncertain, the high demand against static supply has seen property values in this market segment going up.”

To meet demand for industrial space, Mashold has bought a 4-hectare property in the Pomona industrial park and appointed a project team. Construction starts in October and an anchor tenant has been secured. The company has also started building a private hospital in Milton Park, Harare, which will be completed in August next year.

As the Harare CBD dies, office space hunters are moving to the suburbs.

“The real estate market remains in limbo; however, the suburban office market remains buoyant due to ongoing relocation activity away from the CBD,” according to Siza Masuku, MD of Knight Frank Zimbabwe.

Knight Frank says as more corporate clients move away from the city, more residential properties in Eastlea, Belvedere, Milton Park, Alexandra Park and Belgravia will be converted into offices.

The company adds: “In the industrial sector, demand remains strong but is largely unfulfilled due to limited supply. The positivity in the sector is to an extent continuing to be tempered by power outages, low capitalisation, poor water supply and deteriorating infrastructure.” 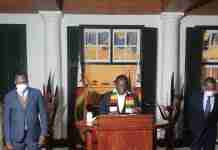 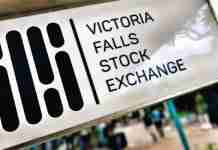