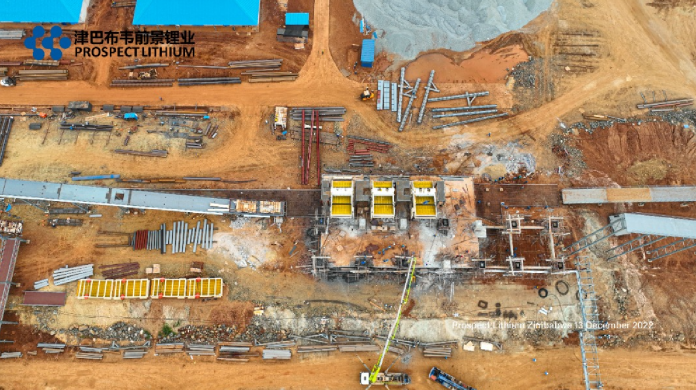 Making sense of economic news is never easy. It gets worse in a polarised country such as ours. Here, even the most ordinary of business news stories can be seen from political extremes; the tragicomic government propaganda on one hand, and almost fanatical cynicism on the other.

The year was no different from all others.

Government economic policy remained the same; in that those in charge of it have the predictability of Kanye West.

We covered stuff that was seen as good and evil in equal measure; the infrastructure rollout that fixed some roads but stoked inflation, the record wheat output that came at the expense of farmers, or the lithium rush that increased investment but exposed weak regulation.

The trick, as ever, was to try to strip out the noise and just deliver the facts, and informed opinion, as best as we could. In this era where attention spans are short – like really short – we cannot appreciate newZWire readers enough for taking the time to click links on our content.

Here, we roll back some of the most read in-depth articles on your website, based on the number of people that read them and interacted with them.

Russia-Ukraine: How this far-away war may hit close to home for Zimbabweans

The year began with Russia’s invasion of Ukraine. In this article, we looked at why this war, so far away, would be more than just a news fascination for us in Zimbabwe, thousands of kilometres away. Our economy already had its own local problems to deal with, such as poor monetary policy.

We spoke to experts on the impact the war would have on us, from the currency, fuel prices, to farm inputs.

The big steel steal: Kuvimba bags Zisco, but the miner’s big prize may lie beneath

In February, Cabinet announced that Kuvimba Mining House had been given the contract to revive Ziscosteel. In our analysis, we reported what anyone who has seen the steel plant could tell you; there is no steel plant to be revived. In its old form, Ziscosteel will not work. More likely, we reported, the attraction for Kuvimba was elsewhere; Zisco’s remaining iron ore assets.

When the Auditor-General presented her 2020 report to Parliament, it showed, yet again, the level of financial mismanagement in government and local councils. In our highlights, we pointed to the many payments made with no paper trail. Goods were paid for but never delivered, and this included everything from cars to spoons.

In December 2021, Zimplats announced that it was investing an additional US$1.8 billion into Zimbabwe. In March, Impala Platinum, the holding company, explained what the added processing capacity must mean for Zimplats, and the country overall: eventually, the company will no longer have to send platinum concentrates to South Africa for smelting.

Under ED’s new economic measures, using USD is now more expensive, and banks can no longer be banks

Late on a Saturday in early May, flanked by central bank governor John Mangudya and Finance Minister Mthuli Ncube – who both looked like they would rather be somewhere else – President Emmerson Mnangagwa made tough policy announcements. Banks must stop lending money.

Our guest columnist Brains Muchemwa wrote: “A truce will come, but the damage will be lasting”. He did not lie.

Zim govt is plotting to strip state mine assets to hide from US$467m in legal claims, but there’s resistance from within

What do you do when your company has claims of close to half a billion US dollars against it? Strip its assets and hide them under another company. Internal documents obtained by newZWire in April showed how the Zimbabwe government planned to strip assets from the state-owned mining company ZMDC to stave off US$467 million in claims from creditors.

Zimbabwe’s US$3bn China loans: Here’s what they were used for

“The country has been sold to the Chinese” is a popular chant among Zimbabwe’s political talking heads. Just how much do we owe China? How many loans have they given Zimbabwe? More importantly, what have all these loans been used for anyway?

This was a year in which we were all forced to become instant lithium experts. Demand for the metal, one of several metals used in electric vehicle batteries, grew. This saw many lithium mining companies – mostly from China and the UK – rushing into Zimbabwe. With so much happening, it was hard for many to keep up. Here, we provided a list of the recent lithium deals, and the companies behind them.

As part of a global selloff, Holcim announced it was selling Lafarge Zimbabwe to Fossil Mining. Because the company was owned by Obey Chimuka, an associate of Kuda Tagwirei, the reaction was heated. Fossil is one of the biggest government contractors. As soon as it completed the deal, Fossil and its owner were placed under US sanctions, making things a bit complicated for Lafarge going forward.

Caledonia announced it was buying Bilboes gold mine for US$53 million in shares. We spoke to Victor Gapare, the owner of Bilboes, on the transaction, and how he had waited 20 years for a chance to develop what is potentially one of Zimbabwe’s biggest gold mines.

Stories from Dangamvura | The young people who crossed to fight, and how the war changed them

This year, we launched a new weekend column, Stories from Dangamvura. Written by veteran Chris Kabwato, the column immediately gained a loyal following. Around the Heroes Holiday, Chris delivered a poignant piece on the young people he remembered from Dangamvura who crossed the border to fight. When they came back, he wrote, they were never the same.

Factions may not always be a bad thing: A contemporary history of internal party disagreement in Zimbabwe

Are factions really a bad thing? Not always, argued our columnist Tatenda Mashanda, a PhD student at the University of Maryland-College Park studying Rhetoric and Political Culture. The column came at a time there was debate about internal democracy in Zimbabwean political parties.

US$30 chickens and US$10,000 laptops: Mthuli says facing ‘resistance’ in campaign against inflated Govt contracts

Do you remember the time when a company tried to sell laptops to the Parliament for US$9,000 each? Treasury stopped the payments from going through, and went further to blacklist companies that “overcharge” the government. In September, Mthuli Ncube told reporters he was facing resistance from government officials.

Zimbabwe has signed an MoU with Chinese investors to build a US$2.8bn battery metals park. We have questions

In September, the government announced that it had signed an MoU with Eagle Canyon International of Hong Kong and Pacific Goal Investment to develop an industrial park to process battery minerals such as lithium and nickel. Figures as high as US$13 billion were mentioned, as government information channels continued their long tradition of discrediting investment news. In our article, after speaking to experts in the field, we asked questions about the proposed project.

OPINION | By Nelson Chamisa: Zimbabweans are tired of being a burden on neighbours. The region must help us fix it

When a video showing a South African government official harassing a Zimbabwean patient in a public hospital in Limpopo, Nelson Chamisa, the leader of the opposition Citizens Coalition for Change, wrote on the health crisis in Zimbabwe, and what is needed from the SADC region to help fix it.

FACT BOX: Tsingshan is building a US$1bn steel plant in Zimbabwe. Here is what we know about the project

The Manhize steel plant, going up in the Midlands, is one of the largest foreign investment projects currently in the country. In this article, we looked at what was involved in the project; who is funding it, how much will it cost, how much steel will it produce, how much power does it need, and do we have it?

Our guest columnist, Ngoni Makaha, a corporate finance professional, wrote about Ralph Mupita, the CEO of MTN. How is it that this engineer, Ngoni wrote, had been such as successful CFO and now CEO? It was down to one skill; the ability to change things.

Zimbabwe produced its biggest ever wheat crop this year. In this piece, we looked at how this had been achieved, from roping in new wheat farmers to expanding irrigation infrastructure. But we also looked at the other side of the celebratory headlines; the delays in payments to farmers could mean that this may not be repeated next season.