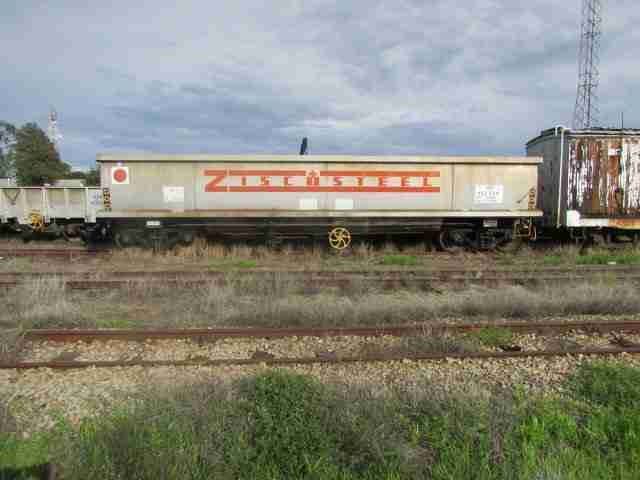 Kuvimba Mining House’s deal with government to take over Ziscosteel gives it the almost impossible task of refiring a steel mill that has been silent for two decades.

But the company, which has tried to shake off links to businessman Kuda Tagwirei, took the deal knowing that it is getting some of the richest iron ore reserves in the region.

Cabinet announced on Tuesday that Kuvimba was its preferred bidder for Ziscosteel, in which government holds 89%.

“The standard process to find an investor/partner for Zisco was undertaken under the guidance of Zimbabwe Investment Development Agency with input from the State Enterprises Restructuring Agency,” Cabinet says.

Government claims Kuvimba was picked from a list of nine bidders. Kuvimba joins a string of companies that have attempted to revive Zisco.

This is only the latest acquisition for Kuvimba.

Kuvimba has also revived operations at State-owned Jena mine, after ZMDC ceded control of its collapsed mines. Kuvimba also took over Homestake, which runs the mothballed Tiger Reef Mine and Globe & Phoenix assets in the Midlands. Kuvimba also owns ZimAlloys.

TIMELINE | From a failed sale to Kuvimba takeover: all our coverage of ZMDC’s selloff

In 2020, government announced that 65% of the company was now in its hands and those of other local interests such as pension funds. The remaining 35% is held by a private investor, Sotic International, a company linked to Tagwirei.

Anticipating the inevitable controversy of the award to a company linked to Tagwirei, the government went to some lengths to justify its decision.

“The nation is advised that Kuvimba Mining House is a reputable player in the mining and metals sector. Cases in point are the recent resuscitation of Jena and Shamva Gold Mines in Mashonaland Central which has resulted in the company remitting a dividend to Treasury,” Cabinet said.

ALSO READ | Kuvimba: How to hide a mining giant in plain sight

Zisco: What is Kuvimba getting?

Kuvimba is buying a steel company that no longer has a steel plant.

The furnaces had long failed by the time Zisco finally shut down in 2008, while parts of the obsolete plant have been carved up and sold off for scrap.

In 2017, Mike Bimha, then Industry Minister, said of the plant: “Much of what is there at Zisco won’t be used and their engineers have proved that probably it is about 15 to 20% of what is there that they will be able to use. Much of it is no longer in a state to be used.”

Zisco board resolutions last year said the company needs at least US$360 million to get back into business. This is before it can even build a new plant.

But, like other investors who have gone before it, Kuvimba may be looking beyond the rust-bucket that once was the mighty steel plant.

Zisco also owns Buchwa Mining Company, Lancashire Steel, ZimChem and Frontier Steel. The ore, however, is its biggest attraction, according to industry insiders.

“They would need at least half a billion (US dollars) to set up a plant of any scale, and they would have to set up their own power supply, which is significant,” according to an industry expert who has consulted on Kenya’s new Devki Steel Mills, one of Africa’s largest raw steel manufacturers. “The (ore) reserves are the most sensible target for Kuvimba.”

According to the Chamber of Mines, much of Zimbabwean iron ore has a grade of 40%.

Zisco’s Ripple Creek claim has limestone and measured iron ore resources of 111 million tonnes. It has about 60 million tonnes at the higher grade of about 53%, enough to last 33 years if Zisco produces one million tonnes of steel per year.

Other experts put the iron content at 60% at some Buchwa claims, better than that of many world suppliers. The biggest and best ore reserves are at Mwanesi, part of which Chinese giant Tsingshan is also exploring for its own steel plant.

It was this ore wealth that was at the centre of the collapse of the Essar Africa deal.

Government initially agreed to sell 80% of the ore rights to Essar, but later changed its mind after some experts said it had given too much away. Without rights to the iron ore, buying Zisco was not worth it, and Essar walked away.

“The investor had to take a break and say, ‘when you are ready, we will come back’,” Bimha said then.

For Kuvimba, in which government is firmly entrenched, ownership of the ore reserves is unlikely to be an issue.

Technology has moved on, and Zisco cannot be revived in its current form. Even if Kuvimba does, somehow, find the money to build a new plant, it would be unlikely to produce steel that can compete on price with Chinese steel.

More likely, a rusty steel mill is not exactly what Kuvimba is after in its latest acquisition.

Gata sacks ZESA board: ‘It’s because of me you can watch Netflix’

For sale: NSSA selling stakes in Turnall, FML and NBS in ‘refocus’ strategy