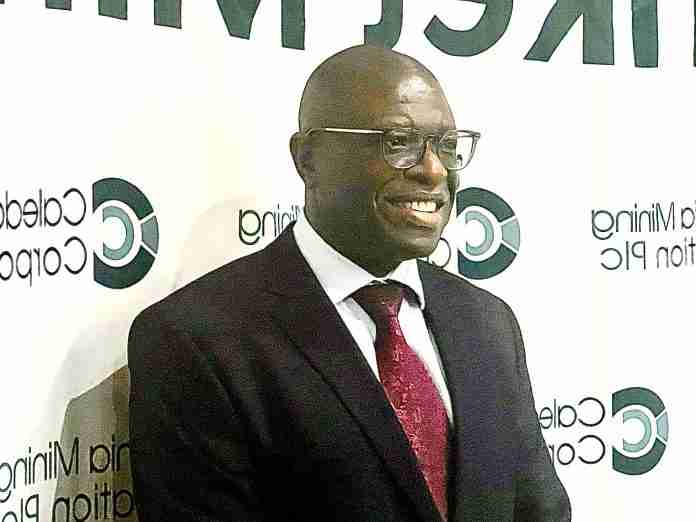 Victor Gapare was an executive at Anglo American Corporation Zimbabwe when the company exited Zimbabwe’s gold sector in 2003. Gapare was part of a management buyout that took over Bilboes, a mine 75km from Bulawayo.

Bilboes holds some of the biggest gold resources in the country, but it needed extensive investment in exploration and to find the capital investment to start production.

After almost two decades, during which the company went bust at one time, Bilboes and Caledonia Mining have agreed a deal in which Bilboes will get shares worth US$53.3 million for the mine.

Gapare will become Executive Director and directly hold 13% of the new entity.

Here, newZWire speaks to Gapare about the long game that is mineral exploration, why he picked Caledonia, and his thoughts on Zimbabwe’s gold industry.

You’ve been patient since 2003. Why did you think this was a good time to make the move?

We bought into this business in 2003 from Anglo American in a management buyout. Our strategy was always to do more exploration, and establish a reasonably big enough resource to enable us to attract international capital.

So, during the hyperinflation period, we went completely broke. We started operating again in 2009-2010. We raised US$6 million at that time and deployed all of it into exploration to establish a resource. We went back into the market and raised another US$10 million, put it again into exploration. At that point we also raised US$7 million in the form of a loan from the IDC of South Africa. We put that into production and reopened our mines, and we’ve been operating since then.

Our strategy has always been that, once we finish exploration, we would do a feasibility study. In that exploration programme, we drilled almost 95 000 metres on our properties, where we established a resource of about 4 million ounces. We also drilled to get some resource into reserve, which then goes into production.

How much would you need to bring the asset to production?

Once we finished the feasibility study the next problem was raising the capital to build a new mine. We expect the mine to produce up to 200,000 ounces at peak, but averaging about 170,000 ounces over a 10-year period.

So, the kind of capital we required was US$250 million. But if you put in the cost of raising debt and everything else, it was closer to US$300 million.

So, after you established that you have a good resource, what were your options then?

Our strategy was that once we had finished the feasibility study the idea was to either list on our own, or reverse into a listed entity. We also did consider selling outright, but that wasn’t an attractive enough option for us because this thing has got a lot of upside, and we are long term players. We have already been patient since 2003, that’s almost 20 years since we started this business.

So, the easiest way to raise this capital was actually reversing into a listed entity.

Why did you pick Caledonia?

Caledonia made a lot of sense because we also believe that there is value in consolidating the gold industry in Zimbabwe, and Caledonia offered that kind of opportunity to consolidate the gold mining industry.

Given your experience leading up to this transaction, would you say one of the issues we have in attracting capital into Zimbabwean resources is the lack of exploration? People are sitting on assets but they’re just not explored enough?

Yes, they are not explored. Basically, we need to improve our risk profile. The perceived risk out there is high, and that’s why we struggle to raise capital. So, I honestly believe that if more exploration dollars are spent in Zimbabwe, we’ve got the potential to take this gold mining industry from where it is now to closer to 100 tonnes a year. That is possible. It’s really the exploration game that we need to play.

So, if someone was to ask you today, ‘Mr Victor Gapare, why should I invest in a Zimbabwean mine’, what would you tell them. Many investors find Zimbabwe as not-so-attractive yet here you are in this transaction.

At the end of the day, the way you have to look at it is that from an operating point of view, in terms of operating the mine, and if you’ve got a good resource, the cost of production can be managed. Of course, there are some things that we need the government to sort out in terms of the investment environment. But, once you do all those things (investing in exploration) and you’re able to attract capital, you will be a low-cost gold producer.

Zimbabwe can be a low-cost gold producer because the gold is fairly shallow, so your cost of production should be low if you get the right capital and the right investment climate.

One of the conditions for this transaction is that you are allowed to sell gold on your own, retain 100% earnings. Why do you think the government would be willing to give you that special dispensation? Other miners would also want the same deal.

ALSO READ | Caledonia agrees to buy Bilboes mine for US$53m in stock, a deal that may increase its output four-fold