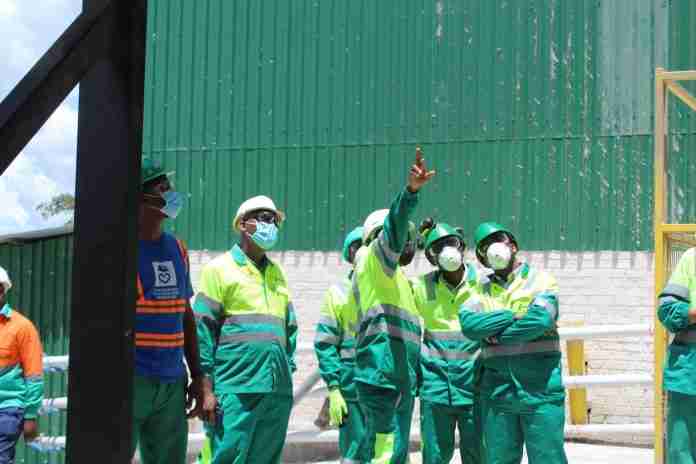 Trading in Lafarge shares has been suspended on the Zimbabwe Stock Exchange (ZSE), as the company reviews the impact of American sanctions imposed on its new owners.

The US government imposed sanctions on Fossil Agro and Fossil Contracting, part of the Fossil Group, and also sanctioned Obey Chimuka, the company’s owner.

The US measures came just weeks after Fossil Mining, a part of Fossil Group, bought Lafarge for US$29.7 million.

“Following the execution of a Sale and Purchase Agreement between Associated International Cement Limited and Fossil Mines (Private) Limited for a 76.45% shareholding in Lafarge, there has been material developments in the sphere of activity of Lafarge,” the ZSE said in a notice.

“The full impact of these developments are still being assessed and Lafarge will issue a detailed announcement to that effect.”

Fossil won the race for Lafarge, Zimbabwe’s second largest cement company, ahead of other potential buyers, among them China’s Huaxin. The sale was part of Holcim Limited’s sell off from several markets, including Zambia, Malawi and Ghana.

After buying Lafarge, in a bid backed by local banks and pension funds, Fossil said it planned to keep the company on the ZSE and to raise new capital to support the business, which has suffered from plant stoppages and liquidity shortages over the past year. But US sanctions may affect these plans, as the measures restrict Fossil’s capacity to secure funding or buy equipment.

Chimuka and his companies were sanctioned for “providing material, logistical, or technical support to the Government of Zimbabwe”, the US government said.

Chimuka has recently stepped down from the Bindura Nickel Corporation’s board after he was listed on US sanctions.

OPINION – Forex crisis: how banks helped create liquidity mess, and why ZIMRA should...

OPINION | What a Lucky Dube song taught us about due diligence in financial...