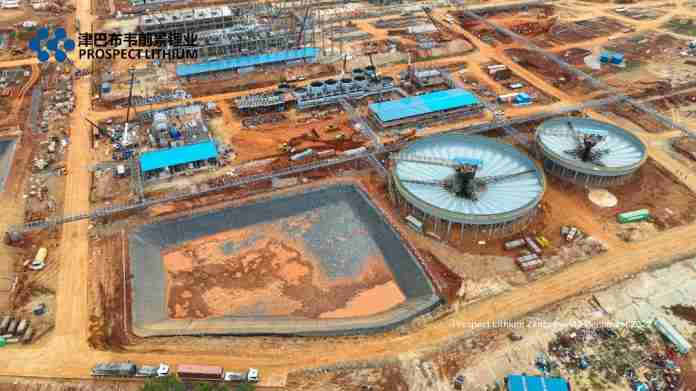 Zimbabwe has imposed a ban on the export of unprocessed lithium, in a bid to stop artisanal miners who the government says are digging up and taking the mineral across borders.

The country holds some of the world’s largest reserves of hard rock lithium, a vital mineral in the production of clean energy technologies.

Chinese giants Zhejiang Huayou Cobalt, Sinomine, and Chengxin Lithium Group have over the past year acquired lithium mines and projects worth a combined US$678 million in Zimbabwe and are at various stages of developing mines and processing plants, which would exempt them from the ban.

London-listed Premier African Minerals says it will start shipping spodumene concentrate from its Zimbabwe lithium mine to China from March 2023, after signing an offtake deal with Suzhou TA&A Ultra Clean Technology Co.

“No lithium bearing ores, or unbeneficiated lithium whatsoever, shall be exported from Zimbabwe to another country,” read the regulation published in a government notice issued by Mines Minister Winston Chitando.

The ban does not apply to the export of lithium concentrates, which all the major lithium miners in the country plan to produce.

Under Zimbabwean law, “unbeneficiated lithium petallite”, for example, is defined as petallite ore that has not been crushed and separated by means of dense media separation, floatation or other appropriate technique, and ground into powder or concentrate.

The ban came days after President Emmerson Mnangagwa said a new law would target hordes of artisanal miners, who were drawn by the mineral’s high prices and invading abandoned mines to dig for lithium-bearing rocks. Mnangagwa said the raw lithium was being exported through neighbouring countries.

Presidential spokesman George Charamba says the law was drawn up following “a beeline of 30-tonne trucks full of lithium ore from Sandawana (mine) to the sea en route to different destinations of the world”.

He said: “When Govt caught up with the mischief, it looked for an appropriate law to deal with the illicit flow of high-value ore.”