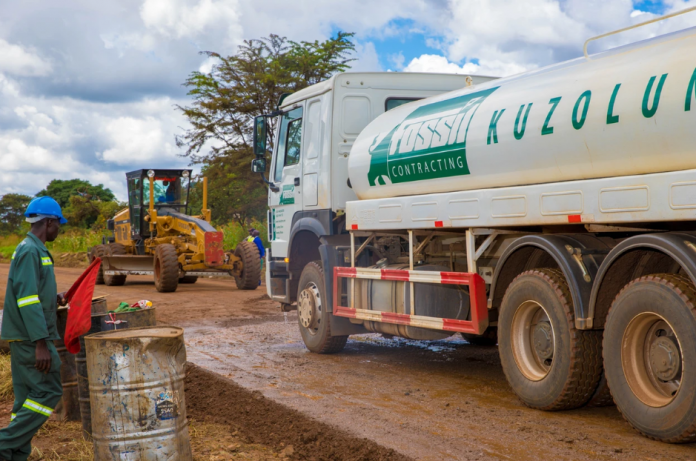 The US has imposed sanctions on Fossil Contracting, a major player in government infrastructure projects, and Fossil Agro, a supplier of state farm programmes, over providing support to the government and for ties to Kuda Tagwirei.

“The Government of Zimbabwe awarded Fossil Contracting nearly US$40 million in contracts in 2021,” while the Fossil Agro “has supplied the Government of Zimbabwe’s Command Agriculture Program, a state farm subsidy largely financed by Sakunda which has failed to account for billions of dollars in disbursements”, the US said in a statement on Monday.

They are being sanctioned for “providing material, logistical, or technical support to the Government of Zimbabwe”.

Fossil Contracting is one of five companies that are rehabilitating the Beitbridge-Harare road. It is also part of a consortium, Tefoma, that has started building the Mbudzi interchange in Harare. Fossil Mining, another company that is part of the group, has recently bought Lafarge, Zimbabwe’s second largest cement manufacturer, in a US$29.7 million deal with Holcim.

Sanctions mean these companies, and Chimuka himself, will have any assets in the USA blocked. They will not be able to transact through the US banking system, which will disrupt their operations.

According to an estimate by analysts at Morgan & Co, the Fossil group in 2021 secured at least 15 government construction contracts.

“We urge the Zimbabwean government to take meaningful steps towards creating a peaceful, prosperous, and politically vibrant Zimbabwe, and to address the root causes of many of Zimbabwe’s ills: corrupt elites and their abuse of the country’s institutions for their personal benefit,” said Under Secretary of the Treasury Brian E. Nelson. “The goal of sanctions is behavior change. Today’s actions demonstrate our support for a transparent and prosperous Zimbabwe.”

ALSO READ | Tagwirei under US sanctions: What does this mean for the tycoon?

Tagwirei was sanctioned in August 2020, accused of corruption through Command Agriculture. Now, others joining him on the sanctions list is Sandra Mpunga, his wife, and Nqobile Magwizi, Sakunda marketing and public relations officer.

Chimuka is a long-time associate of Tagwirei, and sits on the boards of businesses where Tagwirei companies have an interest, among them Kuvimba’s Bindura NIckel Corporation and Great Dyke Investments.

According to the US Treasury, “Emmerson Mnangagwa, Jr. is President Mnangagwa’s son and has been in charge of the president’s business interests related to Tagwirei.”