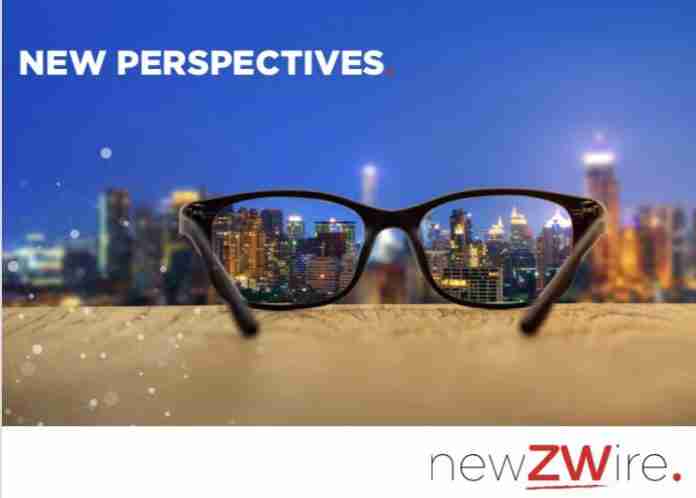 In 2019, Zimbabwe was caught up in quite a spin, from the January riots, Mthuli Ncube’s policy upheavals, to the death of a dictator.

Did any analyst, journalist or commentator at any one time tell you that they knew what was going on all the time? Sorry, you were lied to. They didn’t. None of us did.

It was all a bit much.

And this is, partly, why we started newZWire in the first place. Precisely because we don’t know all the answers, we set out to create a platform of diverse ideas that seek to answer that very Zimbabwean question; “what the hell is going on, and what does it all mean?”

Here, we list a selection of articles that sought to answer such questions through 2019. These were some of the most read pieces on our website, measured by visits and engagement.

Of course – mild brag – the site visits rose much more than we anticipated this year and we are wearing wide grins right now, thank you very much. But these crude metrics don’t quite capture the full picture of our ambitions for newZWire. So, this collection of articles, written by staff and columnists, also reflects what we want to be; a place where people go to read stuff that tries to make sense of stuff, without too much noise and our toxic politics.

So, here goes, a list of some of our top reads this year.

(Click on the headlines to go to the articles)

On a Saturday night, January 12, President Emmerson Mnangagwa appeared on TV to announced that government was increasing fuel prices by about 150%. Since October 2018, government had been peeling away the subsidies that had kept a lid on prices, such as fuel costs. But, flanked by Finance Minister Mthuli Ncube, acting Energy Minister Perrance Shiri and VP Constantino Chiwenga, Mnangagwa announced that fuel was going up by the biggest margin in years.

Two days later, deadly protests began in which, according to some rights groups, at least a dozen people were killed, some of them shot and killed by security forces. In the crackdown, we wrote a plea to the President:

The things Zimbabweans demand are not complicated. They are not anything out of the ordinary. They want a job; right now, some want ANY job. They want a living wage. They want to send their children to school; a school with books in it, and teachers happy to do their job. They want a decent meal at the end of the day, and to go to bed under a decent roof.

Fueling the fire: High fuel consumption, corruption and subsidies got us here, and something had to give

A week after the protests, we ask the question; but how did we get here in the first place? What brought on the decision to lift the cap on fuel pricing? Why do we have a fuel crisis?

Our research finds that fuel consumption in Zimbabwe has doubled over the previous year, higher than many regional peers despite a worsening forex crisis, that our fuel has been selling at a fraction of its cost in US dollar terms, and that RBZ’s forex allocation system is broken.

Mine collapse: The body count is rising in the mines, but Govt is only counting the money

In February, dozens of illegal miners are trapped after a shaft at Cricket Mine, near Battlefields, caves in.

The government declares an emergency and calls for international help. However, we call out the government on its hypocrisy. Government has actively promoted illegal mining for political reasons, and for the personal enrichment of a select elite. In fact, the government likes to tell us that rising gold output from informal mining is a good thing. We argued that the bodies floating in that illegal mine tell us that it isn’t.

Monetary policy for dummies: What does this all mean for you?

In February RBZ finally ends the 1:1 exchange rate and introduces the interbank market. This is a major policy shift, which has an impact on everyone; from bank balances to companies. Yet, the true impact is not too clear immediately to many, because RBZ likes to hide stuff in pointless jargon.

So, we do this “dummy’s guide” to the monetary policy, to try and make sense of it all.

Remember the time Reserve Bank of Zimbabwe governor John Mangudya appeared before Parliament’s Public Accounts Committee, where he testified that his strategy to assume over US$1 billion in bad bank loans had saved the economy from collapse?

We took a look into the Zimbabwe Asset Management Company (ZAMCO). We found that the story of ZAMCO is a mix of success stories in the revival of distressed firms, and also a great deal of top level greed and secrecy.

OPINION | All aboard ZUPCO: Is this a rebirth, or stillbirth?

One of the government’s most visible responses to the January riots was a rushed reintroduction of ZUPCO buses. Because the bus company didn’t have a fleet of its own, they entered into partnerships with private transporters.

In this article, our columnist Mike Murenzvi crunched the numbers to show why this system was like “trying to plug a leaking dam with a finger”. He then laid out a more sustainable, long term alternative mass urban transport plan.

In March, Cyclone Idai hits Chimanimani in the east, killing hundreds. The bravery of rescuers, among them the armed forces, does not compensate for the disorder in the immediate response. So we look into why our disaster preparedness was once again so poor, and find that it’s all goes down to the old tale of poor priorities in the use of resources.

Your farm is on my land: Why ‘revolutionary’ Zimbabwe plans to compensate white farmers

In April, Zimbabwe government announces that it will compensate white farmers displaced under the land reform programme. We piece together why the Zimbabwe government is proposing compensation, the options available, and all the hurdles it will face before finding the elusive “closure” on the land issue.

‘You don’t know what you want’: Why Zimbabwe’s big mine sale is failing

The sell-off of the country’s loss-making State mine assets was the first major test for Zimbabwe’s “Open for Business” gospel. This would tell us whether the country was ready to attract foreign capital to invest in its resources. But the Zimbabwe cancelled bids for six of the Zimbabwe Mining Development Corporation (ZMDC) mines. We set out to find out why, and the reason showed how far Zimbabwe was from being “open for business”.

As prices continued to rise, we were surprised by the outrage of those that had called for an unconditional lifting of all subsidies on fuel and an end to the controlled exchange rate. Many called for an end to subsidies and a shift to a market-based economy, but only few remembered to mention the consequences on consumers.

As power cuts worsened, authorities blamed low water levels at Kariba. This was true, but it is only part of the story. In this article, we told how the bigger story was how years of underinvestment and corruption left Zimbabwe in the dark.

New currency regulation in Zimbabwe: What does it all mean?

On June 24, Zimbabwe ends 10 years of dollarisation, and declares local currency sole legal tender. Of course, there was outrage.

Here, we tried to understand what Mthuli had done, and, with a healthy dose of scepticism, we sought to explain what really it is that he was hoping to achieve with this move.

The Boris is mine: Fighting for Boris Johnson’s love, rival supporters in Zimbabwe display a nation’s many delusions

When Boris Johnson, mocker of African “piccaninny” children and their “watermelon smiles”, became Prime Minister of Britain, we were amused to see supporters of the two main parties in Zimbabwe fighting each other to claim him as their best friend. We didn’t miss the chance to poke holes into Zimbabweans’ delusions about their place in the world.

Mugabe: A man of more than one story

On September 6, Robert Mugabe died. It was, obviously, one of the biggest news events of the year. However, his was a complex history, and we wrote exactly that; there was no single way of writing about Mugabe. It is possible to understand those who admired Mugabe the revolutionary, and sympathise with those who reviled Mugabe, the man who crushed a whole generation’s dreams.

ESSAY | The administering of wealth: why Zimbabwe’s ‘middle income by 2030’ is a fantasy

“In 2050, the wealthiest Zimbabwean will be a water magnate…”

That was the prediction by our columnist Chris Chenga, in this piece that argued why Mnangagwa is never going to realise his dream of turning Zimbabwe into a middle income country by 2030, unless he somehow radically changes the way he is managing the economy and its wealth.

Sounds almost like something from post-apocalyptic, dystopian movies, right? Yet, the poor are increasingly fighting for basics such as water.

You can always trust our government to botch up anything that looks like a good plan. The list of failed bids to revive the National Railways of Zimbabwe (NRZ) got longer after the cancellation of a US$400 million tender for the recapitalisation of the NRZ, just over two years after handing the contract to the Diaspora Infrastructure Development Group (DIDG) and Transnet consortium.

We took a journey through all the previous failed deals that were supposed to save Zimbabwe’s ruined railways.

The appointment of Fortune Chasi as Energy Minister, replacing Jorum Gumbo, raised hopes of new brooms at ZESA, where previous CEO Josh Chifamba had been sacked. But brooms don’t come as old as Sydney Gata, the man appointed as Executive Chairman. This dashed any hope of new energy coming to ZESA, crippled by decades of corruption and mismanagement – a lot of it under Gata.

We dived into Gata’s record to bring out the obvious; ZESA old new boss had failed at this job already.

From Lobengula’s cows to Dubai: Over a century later, Meikles family checks out of historic hotel

Meikles Hotel is to be sold to Albwardy Investments, a Dubai company, in one of the biggest corporate stories of the year. The transaction ends the Meikles family’s control of the hotel, an inheritance partly founded, over a century ago, on cattle looted by the colonials from locals.

After watching Government fumbling with its communication, face firmly in palm, we posted this article detailing what we thought was wrong with Government communications, and how it could be sorted out. Well, at least we tried. 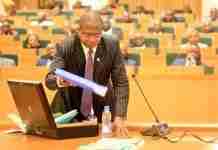 Caledonia Mining: We have enough stocks and cash to last the lockdown