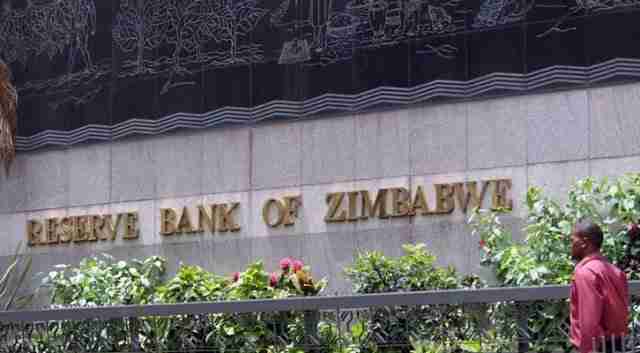 On Monday, Reserve Bank of Zimbabwe governor John Mangudya appeared before Parliament’s Public Accounts Committee, where he testified that his strategy to assume over $1 billion in bad bank loans had saved the economy from collapse.

In 2014, the RBZ set up the Zimbabwe Asset Management Company (ZAMCO), to take over bad debts in the banking sector. The ratio of bad loans to total loans had risen to over 20%, above the international standard that such loans be kept below 5%, so as to keep banks safe.

In 2018, Finance Minister Mthuli Ncube said he was putting a stop to ZAMCO, as part of his strategy to reduce the budget deficit.

But how and why did we get here? The story of ZAMCO is a mix of success stories in the revival of distressed firms, and also a great deal of top level greed and secrecy.

First, it is important to go back to 2009 to understand what gave rise to ZAMCO.

There are many reasons why people defaulted after dollarization. When the economy moved to US dollars, many people had an inflated sense of how much assets were really worth. This included banks. Some of the assets that borrowers put up for collateral were overvalued.

And when liquidity problems worsened, and many defaulted hit by unforgiving interest rates of as high as 20%, banks were not able to recover their money in full.

Banks either had poor Know-Your-Customer regulations, or overrated some of their ‘high net worth’ clients that had been wealthy in the Zimdollar era. Banks just did not adjust their lending practices from the Zimdollar era to a new US dollar economy.

There was no working Credit Reference Bureau, so it was impossible for banks to find out the truth about their clients; some were over-borrowed and owed many other banks and retailers. Some borrowed and took the money out of the country, with no intention of ever paying back the money.

There was a rush by some companies to borrow for expansion; for example, in just a year between 2010 and 2011, total loans rose from US$1.7 billion to US$2.9 billion. To put this in focus, while the bank loans grew by 70%, deposits only rose by 27%. Something had to give.

Should the list of ZAMCO defaulters be released, as demanded by MPs, we are going to see the names of executives that borrowed from themselves and lent money to their friends. Due to weak oversight, the pile of insider loans increased. In fact, at one bank, more than 90% of the bad loans were insider loans.

How bad were the NPLs?

The figure then peaked at 20.45% in 2014, the year the RBZ then decided to do something drastic about it.

With the help of the IMF, the RBZ then came up with the idea of ZAMCO. In simple terms, a new special company would be created to take up all these bad debts, so that banks would start on a clean slate.

At the time, RBZ said ZAMCO would be financed by offshore lines of credit, long-term loans and Treasury Bills. The central bank also expected pension funds, diaspora and even local and foreign investors and to help to finance the scheme.

How would ZAMCO work? It would take over loans and restructure them. The idea was that, once the companies that owed banks money were free of debt, they would recover and attract new investors. Banks, on the other hand, would also be in a better position. If not relieved of these bad loans, there would be a contagion effect affecting all banks.

The first phase of implementation included taking over the biggest 100 NPLs, targeting especially companies that RBZ saw as having the biggest chances of becoming viable if relieved of debts.

Here are some of the biggest companies to have their debts taken over:

As part of the restricting, ZAMCO used several options; the terms of the loans would be extended, interest rates would be cut, or some of the debt would be converted into equity. The latter, for example, is one of the options that RioZim took. ZAMCO took out preference shares in the mining company. RioZim, starafrica and Cairns are some firms which avoided collapse after their debts were taken over by ZAMCO.

If the whole point was to lessen the NPL ratio, then it did work. From the peak of 20.45% in 2014, NPLs fell to 7.08 percent in 2017. But bad loans are rising again, ending 2018 at 8.25%. RBZ puts this down to “forward looking credit risk management tools adopted by banks in line with the IFRS 9 accounting standards, resulting in improvement of the banks’ risks controls and provisions coverage”.

ZAMCO has indeed freed banks and helped them become more profitable. Another positive outcome is that we now have a credit reference system, which helps banks make better decisions on who to lend their money to.

However, the downside was that ZAMCO was used to bailout companies like CSC that were already technically insolvent. In addition, the use of Treasury Bills created problems in the same financial market that ZAMCO was supposed to solve, something that worried the IMF, which had helped set up ZAMCO in the first place.

Listening to the debate on ZAMCO, at least one MP in the Public Accounts Committee would have been shuffling uneasily in his seat.

One of the contentious ZAMCO transactions involves its takeover of $15 million owed by Zimbabwe’s cricket board to four banks. One of the banks, Metbank, is connected to Ozias Bvute, who is the former Zimbabwe Cricket CEO.

By wading into the cricket debt crisis, ZAMCO has drawn criticism that it was batting for officials who had allegedly mismanaged Zimbabwe Cricket’s funds.

In terms of a debt relief deal worked out with the International Cricket Council (ICC) last June, ZAMCO took over Zimbabwe Cricket’s $15 million debt, clearing the way for the injection of fresh funds into the local game by the ICC. The ICC is understood to have undertaken to pay up Zimbabwe Cricket’s ZAMCO debt by 2023.

There is no telling who else would be bowled over by full disclosure.

The big story remains: who else, apart from these large companies and prominent figures, has had their bank loans taken over by ZAMCO?

At Parliament on Monday, Public Accounts Committee member, MP Bramwell Bushu (ZANU-PF, Shamva South), moved that MPs be given the list of all borrowers whose loans had been taken over by ZAMCO.

“Given the answers given earlier, is it possible to get a list of the beneficiaries of ZAMCO?” Bushu queried.

The history of creditors getting away with billions by having the taxpayer pick up the bill cannot continue. The RBZ Debt Assumption Act, passed in 2015, placed $1.4 billion on the shoulders of taxpayers. The bill was a result of quasi-fiscal activities under Gideon Gono; these programmes stretched from supplying cheap groceries, to bank bailouts and to spending on farm equipment.

In both the RBZ and Zisco cases, there was no transparency on who benefited from the debts.

ZAMCO has indeed successfully given companies and banks a clean slate. What is needed, equally, is a clean slate on disclosure and accountability. It must start now, with full publishing of a list of defaulters. Taxpayers have paid bills for companies and the greedy elite for too long. They deserve to know whose bills they have been paying for.

Caution vs optimism: Mthuli sticks to 7.4% growth, despite ED saying Zim must cut...