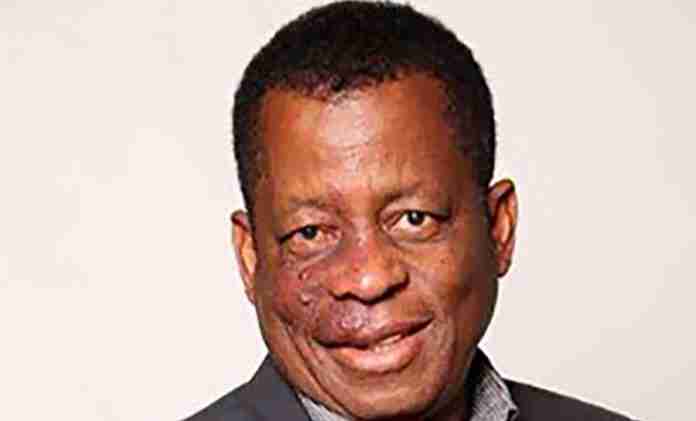 In August 2006, news came out that Sydney Gata had been sacked as boss of power utility ZESA. A reporter at The Financial Gazette picked up the phone to call him for comment.

Up to that point, it had been unimaginable that Gata would ever leave ZESA. He was married into the family of the then President, and he ran the organisation as if it was a family grocery store.

And, yet, he had indeed been dismissed, after leading ZESA into such a mess than not even his in-law could continue defending him. Yet, 13 years on, the man who played a part in ruining ZESA, has been given a second chance to ruin it all over again.

On Tuesday, Energy Minister Fortune Chasi announced Gata’s return as executive chairman. In the statement, Chasi says Gata brings a “wealth of experience and institutional memory”.  But that experience and memory is tainted by scandal and mismanagement.

Gata was first appointed as chief executive of ZESA in 2000, before assuming more power in 2003 as executive chair. This was, in fact, his second stint at the head of the company.

Previously, he had been the general manager, before leaving the organisation. During that earlier time in management, a commission into the state of state enterprises, led by Justice George Smith, had listed the power company among the country’s worst managed public entities.

Just as he showed to that reporter over the phone, Gata didn’t like being asked questions.

“That was always his management style,” says one former senior ZESA engineer, now working in Australia. “It was the Gata way or nothing at all. He had his friends in management but he was detested by most staff.”

When he became executive chairman in 2003, it didn’t take long for his legendary abrasive approach to rile up workers.

That year, trustees of the ZESA pension fund opened an investigation into allegations by the Zimbabwe Electricity Energy Workers’ Union (ZEEWU) that Gata had allowed a select group of senior managers to dip into the pension fund. In 2005, staff protested at ZESA headquarters demanding Gata’s resignation. He ignored it all.

When the entire ZESA board was dissolved in 2004, Gata was left untouched. Emboldened, in 2005, he tried to put senior manager and ally Frank Sambo on the board. This was rejected by then Energy Minister Mike Nyambuya. After Sambo got retrenched, Gata rehired him as a consultant, paying him by the hour.

Gata and the farm

In 2005, a group of workers at ZESA Enterprises, a ZESA subsidiary, wrote to Nyambuya claiming that Gata had deployed ZESA manpower and equipment to install an irrigation project at his two farms, Rupise and Mutema Taona farms in Chipinge. Gata denied the allegations.

One of Gata’s biggest legacies is the ZESA unbundling, which split the power utility into different entities, each of them stacked with its own board and executives.

“I am proud of what I have done,” Gata told The Herald after his departure in 2006.

Government now wants to “rebundle” these entities into one, saying splitting them was costly. So the man who unbundled ZESA, now has the job to rebundle it.

Gata once described the unbundling as “problematic”. But he had a good incentive to do it.

In 2001, WorldTel, a telecoms company associated with Gata, sought to build a fixed-wireless network through the state-owned fixed line operator, which had been privatised. The deal failed. However, not long afterwards, WorldTel returned, this time approaching ZESA subsidiary Powertel with a similar deal.

“Gata deliberately misled the Minister..a man on a solo mission”

A report by Charles Nhova of the Zesa Independent Audit Committee (IAC), detailed how Gata used his influence to get ZESA to agree to a deal with WorldTel. According to Nhova, Gata unilaterally added wording to board minutes so that it appeared as if the board had agreed to the WordTel deal.

The Nhova report said Gata had “deliberately and peremptorily misled the Hon (Energy) minister about his board’s position on the deal, and is nonchalantly continuing to pursue the invalid agreement with WorldTel on a solo mission, and without waiting for the board’s final decision on the transaction.”

In a 2005 report, the Reserve Bank of Zimbabwe said an analysis of ZESA’s losses and debts pointed to “glaring imprudent commitments” and a “costly superstructure”, which was eating up 65% of ZESA’s total revenue through salaries and wages, mostly for top executives.

Gata responded angrily to the report, saying the losses had been caused by a campaign by then RBZ governor Gideon Gono against tariff increases.

By the time Gata walked out of ZESA in 2006, ZESA had outstanding foreign debts of US$330 million, according to another RBZ report.

Since his departure, Gata has occupied himself by suing the company he now has to lead.

In 2018, he took ZESA to court to demand an additional $10 million on his severance pay. He argued that his original exit package had been eroded by ZESA’s lack of salary records, hyperinflation and exchange rate movements. A judge dismissed his claim.

A country for old men

The Gata appointment is only the latest example of some puzzling recent missteps by President Emmerson Mnangagwa. He has made some positive appointments to some SOEs and to the civil service, but has come up well short each time he has had a chance to show that he is not afraid of reform.

Zimbabwe might have many shortages, but it has not run out of competent managers. Gata is not one of them.

Appointing an all-powerful Executive Chairman shreds the Public Entities Corporate Governance Act. That law, enacted in 2018 and touted as one of Mnangagwa’s key reforms, demands more accountability out of boards and CEOs. That law also says all appointments must be on merit, that posts must be advertised and interviews held, that CEOs must not stay too long, and that Ministers must state in writing the basis for top appointments.

Gata has been announced at a critical time for ZESA. Zimbabwe is facing its worst power crisis in years.

Households are going for over 18 hours a day without power, and industries have had to cut operating hours and work overnight shifts to keep afloat. When the country’s miners were asked in a recent survey what their biggest concern was, they placed power cuts at the top of the list.

The country is producing less than a third of its installed capacity, while the transmission network is so old it loses 17% of what little power is generated. So, ZESA is desperate for an agile leader who can help negotiate good investment. We need a CEO who can steadily walk the ongoing Hwange expansion to completion.

ZESA is owed Z$1.2 billion by defaulters, many of them politically connected. It needs a leader firm and fair enough to retrieve that money.

The utility needs power from the regional power pool, and from Eskom and HCB of Mozambique, who are owed by ZESA. That needs a leader with some negotiation skills. Gata has none.

Sydney Gata is not the kind of leader ZESA needs. He never was. The man chosen to turn around ZESA has already failed at the job already, two times.

When he was sacked in 2006, Gata demanded to be left alone. Mnangagwa should have listened.

After doubling Q1 profits, Caledonia unearths its strategy to buy and invest in more...