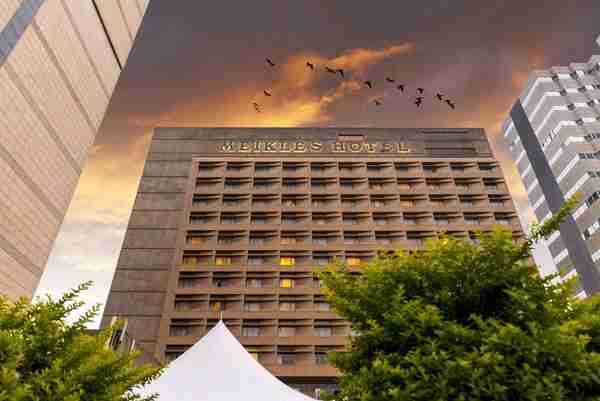 With a show of hands, a wealthy family have finally checked out of part of a business they built over a century ago from empty beer crates, and stolen cattle.

An EGM of Meikles Limited last Friday voted to sell Meikles Hotel, for decades the crown jewel of the empire. Investment firm Albwardy of the UAE, which operates hotel brands such as the Hyatt and Four Seasons, is to buy the hotel for US$20 million.

With the hotel needing reinvestment, of as much as US$30 million, and now surrounded by degradation in the CBD, the Albwardy offer looked too good to resist.

Years ago, the idea that, one day, the family would sell the hotel would have been dismissed years ago. The hotel has a special place in Zimbabwe’s commercial and political history.

The hotel’s story starts with brothers John, Thomas and Stewart Meikle, whose family had caught a ship from Scotland to seek better fortunes abroad. Their first venture was farming, but this soon failed, and they joined a trek north.

They arrived at Fort Victoria, now Masvingo, “with a speculative five wagons of general merchandise and three of liquor”, according to an entry in “The Guide to the Historical Manuscripts in the National archives of Rhodesia”.

After some initial success in trading, they set up a supply store, with empty crates of booze making up the walls.

John Meikle, quoted in the Rhodesian Genesis, a book on how Rhodesia was built, details their beginnings:

“We arrive at Fort Victoria on the 7th May 1891. The original site of Fort Victoria consisted of a few wattle and daub buildings and a roughly thrown up ground fort surmounted by sacks filled with sand. Ours was the first consignment of fresh stocks of general merchandise to arrive in the country since its occupation,” he writes.

The existing businessmen didn’t take too kindly to these new arrivals, he says. Soon, the Meikles decided to set up their own store, and it was with the cheapest materials they could rustle up. Straight away, they priced the products they had brought in a way to undercut the competition.

“Consequently a very rough shelter was run up, using the whiskey cases for a wall and buck-sail for a roof. We were soon ready to start business. Sugar was selling at 1/6d. per lb. and we reduced it to 6d., and other things in proportion, the result being that whatever little business was done came to us. Our fresh stocks were an additional attraction. Flour was unprocurable until then.”

Stewart remained to run the business as Tom and John returned to Pretoria to pick up more stock ordered from Durban.

“This is the story of the start of the firm of Meikle Brothers. Little did we think at the time that business would grow and develop as it has done, that the firm would eventually take a leading part in the commercial life of the country. Most things have small beginnings and our venture was one of them.”

The business was growing nicely, but it needed a whole lot more to break out into more than just a corner store in a dusty outpost. This is where Allan Wilson becomes central to the story of the Meikles.

To conquer the land, Cecil John Rhodes had hired groups of settlers to repress the natives. The man heading that effort was Allan Wilson, described as skilled in the art of “kaffir warfare”. As payment, those fighting under Wilson got a farm of “3000 morgen” (2600 hectates today), 20 gold claims and a share of the plunder, “such loot being Lobengula’s personal cattle”.

“Wilson and myself made south with the loot cattle, a bellowing confusion of oxen, cows and calves…”

As John Meikle states in his diary, Rhodes set up what he called a “Looting Committee”. John was trusted by Rhodes to have a leading role in this Looting Committee. “Farm rights were also being sold for ten pounds each and loot rights were fetching twelve pounds,” he notes.

Rhodes, Meikles writes, “gave me seventy men and ammunition and told me to kill as many cattle as I wanted for food”.

He describes how “Wilson and myself made south with the loot cattle, a bellowing confusion of oxen, cows and calves”.

Of course, there was some good in all this, John Meikle wants us to believe. Lobengula had stolen the cattle himself, and women too, he says. The column had liberated these captives while looting the cattle, he argued. “In addition to the cattle, about 600 head, we brought 30 women, most of them with one or two children. These were eventually restored to their own people in the Victoria district”.

By the time it was done, the Loot Committee “eventually accounted for three hundred and sixty two thousand head of cattle”.

At the end of it, in addition to the cattle, John Meikle got a big cheque from Rhodes for his service.

Says John: “Tom (Thomas Meikle) brought some of the looted cattle for me and we were fortunate in not losing any from lung sickness.”

And so the Meikles had their capital to expand their business. “Headquarters were established in Fort Victoria and from there the brothers spread out to repeat the enterprise; Stewart to Salisbury in 1893, Thomas to Bulawayo in 1894 and John to Umtali in 1896,” one account says.

In 1915, they set up Meikles Hotel, opening it to guests on November 15 that year.

Since then, overlooking the Union Jack-shaped park, the hotel has stood for years as a symbol of old white capital, and later as the centre of business and politics.

It is said the hotel hosted the first parliament of the Colony of Southern Rhodesia in 1924. On the eve of Independence, on April 17, 1980, the hotel hosted a banquet attended by Robert Mugabe and Prince Charles.

Having sold off the hotel, Meikles Limited will now turn to the other investments it has made over recent years in agriculture; Tanganga tea, avocado, coffee and macadamia estates. The company plans to spend part of the hotel sale proceeds on a solar farm at Tanganda.

The Meikles stamp on Harare remains; Strathaven and Avondale in Harare are named after the two Scottish towns from where the Meikles family came.

The Meikles Hotel represents the establishment, and, throughout history, its walls have witnessed history, from colonial times, Independence, corporate politics, and endless meetings to do with the political upheavals of the past 40 years.

Now, it takes on a new identity and direction.

So ends a chapter that began with a family of Scottish immigrants full of drive and ambition, and lots of stolen cattle.

OPINION | Govt’s bank lending ‘nuclear bomb’: A truce will come, but the damage...