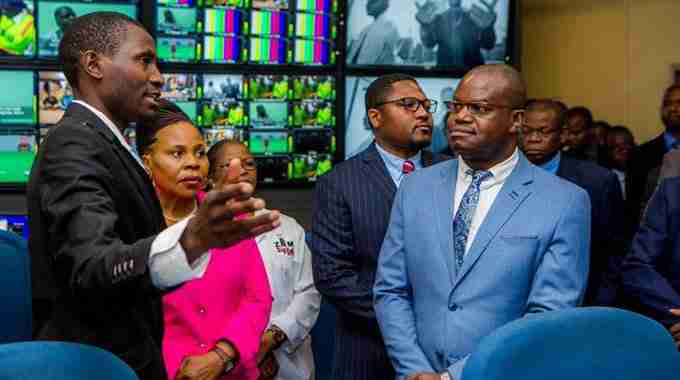 We have all been watching Government fumbling with its communication, and we’ve been doing it with face firmly in palm.

There are a few reasons why this has happened.

Firstly, we came from an era in which information was not only tightly controlled, but was deliberately kept in the Stone Age. This was how they preferred it.

We then tried to jump from that era to a “New Dispensation” of information, but without a real, concrete plan on how exactly we needed to do that.

When a corporate goes online without a plan, that social media presence can become a risk, and not an advantage. Either use it properly, or don’t have it at all.

The past few months have been a great case study in the failure of change management.

Second, communications is always going to be hard where there is no consensus internally on how the organisation itself is to be run. It doesn’t matter if it’s your local Masofa Pazhe Burial Society or the Hatibvipano Housing Cooperative. Internal discord always plays out in public, eventually.

This, one suspects, is what we are seeing.

Third, we are trying to make an ancient public service act like a modern one. It won’t happen. Old dogs, new tricks and all that jazz. Those mandarins do not know any better. To have a public service that communicates ‘reform’, you have to have a ‘reformist’ public service to start with. There was no change of staff; those that remained, on current evidence, didn’t get any training.

These are dinosaurs, still stomping about in the Jurassic era, 245 million years ago, where they thrived by eating each other and communicated by way of roaring and screaming. Ever seen a T-Rex acting civil? No. Now suddenly they must act like one should in this 21st century of proactive public accountability and two-way communication? Won’t happen.

Three years back, the AfDB had to sponsor a PR function in the Ministry of Finance to help them communicate their work better. It took a donor to see the obvious. Today, Mthuli Ncube is still suffering from poor communication of his TSP.

But, all is not lost. At least we hope.

Here are steps that our Government can take, to at least begin to move towards fixing its broken communications lines;

Any institution really needs one. A comms strategy basically asks; what do we want to communicate, who speaks for us, how, to whom, through which channels, when. It also comes with a handbook, which basically tells people how to communicate. We have nothing of the sort.

There is clearly no internal communications plan in Government. This is partly why anyone is saying anything, to anyone, at any time. Communicate a position first inside then take it outside.

3.     Shut Energy Mutodi up, if he cannot be fired, or repaired. Nobody takes him seriously, except perhaps for himself and his appointer.

4.     Mute the President’s twitter account for a while, at least until he can back up what it says with action. At the very least, it should stop tweeting “I will” less, and tweet “I have” more. Tell us what action he has taken, not what he wants to do. His posts appear tone deaf, half the time.

Citizens deserve an authentic voice from the President.

If a company sells defective products to the market, its social media account loses credibility if it repeatedly tells customers, “we will resolve the problem with our product”, while the company keeps pushing the same defective product to market.

So, yes, no amount of PR can sell a consistently bad product. Sort the main issue first, then sell it.

5.     Government has social media now, the @InfoMinZw is on Twitter and Facebook. Great. But there does not appear to be a structured, social media plan on what it must be doing with its online presence.

Multiple ministries have social media accounts, but there’s no standard on how they tweet. Some even use shorthand. Are they being run by teens with sore thumbs or what? It’s because there’s no handbook or training for those behind the accounts.

There is no engaging content being created; such as videos, images, articles or events. They may need an agency for capacity.

Further, they take hours to bust fake news about our country. When they do, it’s not done cleverly, just screams of “it’s a lie”.

6.     The priority for any Government communications plan is to communicate Government programs, and clearly. They don’t seem to be doing this proactively, but just responding. Set the agenda. In this era of visual gratification and short attention spans, it’s not enough for Government to do just its work, it must be seen to be doing its work.

Do it. Show it. Explain it.

7.     Deal with ZBC and Herald. They are a laugh. Propaganda must be clever and believable, not the agricultural variety of propaganda that Herald/ZBC are trying to sell.

Example? Coverage of genuine investment has forever been destroyed by the comical “mega deals” headlines. See how a credible announcement by Invictus on an oil prospect was reported as an oil find, one that would in fact solve the fuel crisis. It is embarrassing. People are not stupid.

There is a vast difference between expressions of interest, MoUs, commitments and sealed investment contracts. Government’s communications edifice sees all this as one and the same thing – “mega deals”.

This hurts the credibility of genuine investment, which is dismissed as another failed “mega deal”, and makes any would-be investor wonder just what sort of an excitable lot they’re dealing with.

If you can’t let go of partisan control of ZBC, as is required by the Constitution, at least make it believable. Let go of the old voices on ZBC, change the ZBC set even, and allow alternative voices on air.

Give Zimpapers TV a terrestrial licence if you want, they are better packaged, but also give others a chance to broadcast. We had TV before South Africa – 1960 in Southern Rhodesia and 1976 in South Africa – and yet our television is still stuck in 1960s North Korea, while theirs has advanced, creating thousands of jobs along the way.

There are countries in the region that only got TV in the 1990s, and yet now have national stations that do not, at the very least, induce nausea and ridicule.

Do you really need ZBC to win elections anyway? Especially in its current form?

8.     There are a few other basic PR requirements that are lacking; there is no standard font on Government communications. Letterheads are not uniform – Public Service Commission press releases, those from the Ministry of Information and the OPC are sharply different. These may seem cosmetic, but they project order, credibility and efficiency.

Websites do not work. When Anonymous, the hackers, announced in January that they had hacked 70 Zimbabwean Government websites, it must have come as a surprise to the Government that they actually had any websites at all, let alone that many. They abandoned many long ago.

The Ministry of Information releases statements to media as images; many times it is a picture of a document taken by phone from someone’s desk or lap, sometimes with a thumb showing. Press releases must be sent as word documents or in PDF direct to email, through mailing lists, app or web uploads. There are no archives to help press or researchers gain context, such that one cannot search back press releases to use. This is basic.

9.     Our Government communicators also need to learn to say the following: “We have heard this allegation/report/claim. We are investigating it. We will get back to you once we have more details”. Then, retreat and strategise on a measured response. Right now, they are quick with stuff like “It’s a lie”, even before checking, only to recant and embarrass themselves and all of us.

Beyond that, it is time to ditch the old language of failure – such as “detractors” and “unscrupulous elements” and “Western sponsored” – from Government communication. This language was already tired when it was first introduced to State lexicon in the 2000s. This language does not communicate strength, as some in Government have been made to believe. It only communicates delusion, incompetence and panic.

Citizens already have warranted trust issues with their Government. Poor comms isn’t helping the Government win any trust at all. It is only making it worse. To citizens and those watching from abroad, poor communications displays a Government unsure of itself and a leadership not in control.

There’s still a chance to drag our Government comms into the 21st century. All it needs is people who are patriotic and care for their country a little bit more.