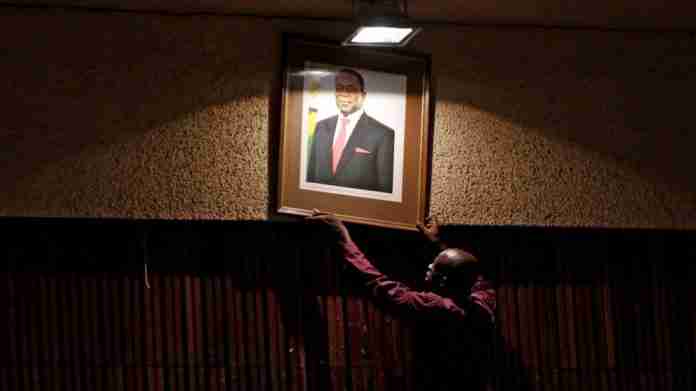 Let’s start by talking about what’s important to Zimbabweans.

The things Zimbabweans demand are not complicated. They are not anything out of the ordinary.

Entrepreneurs want to follow their dreams. If they fail, they want to be sure that it was because they lost to competition or failed on their own account, and not because they were frustrated by bad business regulation, or because they could not deliver products because they ran out of fuel, or because staff couldn’t make it to work. They want factories. They want to produce and sell at home, and proudly send their “Made in Zimbabwe” products abroad.

Professionals want to pursue their chosen careers. They don’t want to be hustlers, our version of “entrepreneurship”. They want an office job, and that’s OK. They want a regular pay slip at month-end. They want to use an ATM. They want to go to Pick n Pay and buy groceries, and have some money left over for drinks and fun.

They want to consume. They want luxuries. Contrary to all the talk around us, this is not a sin. They should be able to buy wine or imported prawns if they so desire. We cannot guilt professionals for wanting nice things. They want malls. They want a house and a car. Hell, even a bus system that works.

They want to buy Coke and Mazoe from the store, not from some back alley as if they’re buying cheap weed from the local jazzman.

They want to go home after work and watch a TV station that doesn’t at least insult their intelligence. Simple things like that.

Are these not simple enough expectations, Sir?

Artistes want to pursue their passion. They want to write books, and have a market that actually buys books in bookstores. Singers want to sing their songs to people with disposable incomes.

Young people want to innovate and be paid for following their interests. They are desperate to push their talents to the limits, but they are using just a fraction of what they can do.

This country, and your government so far, does not give them the chance to shine.

Farmers want to grow their crops, and turn a profit. Zimbabwe produced a record tobacco crop in 2018. It’s one of many successes of land reform. But this year, some will find it hard to take their crops to the floors, because they have no fuel. If they do get there, they will sell their leaf for less than what it is actually worth.

These are the people that are frustrated. Some among these groups even voted for you.

There is a reason why they lash out angrily. Some display an almost unhealthy visceral strand of rage. Some of it is because they had dared to hope, and now face frustration. That cuts them deeply.

They expected you to reform our rotten institutions. The change they wanted was of the radical sort. Not the gradual type you’re selling. Generations have lost decades already; please we have no more time to waste. We’ve wasted more than enough of it already.

The country needs a break. We almost had one, we like to think, and that is why many are bitter.

It was of course an exaggeration that you made on the campaign trail, that we had up to $16 billion in commitments from foreign investors. But what is true is that, since November in 2017, there indeed was increased interest from investors.

Last February, a mining investment conference on Zimbabwe was oversubscribed. There were too many delegates. From fund managers to mining executives, at one point they had their hands full with enquiries. These are drying up, but they show the potential we still have.

Investors don’t care much for politics. All they want is a guarantee that they will get their money out. But they watch Bloomberg TV and see how Anheuser-Busch Inbev is having to invest more than $120 million of its Delta dividends and fees in RBZ’s savings bonds, because it can’t take its money out.

Those are the questions you would be asked over at Davos; “can I get my money out?” What will you say to them?

In 2018, tourism boomed in what is traditionally a slow first quarter, benefiting from that ‘post-Bob’ bounce. Operators saw record arrivals through the year. But we must ask if you think this momentum can be sustained now, what with the ridiculous pricing brought by the weak approach on the exchange rate and the fuel crisis.

And, after clearing out fossils like Chihuri, Nzuwah and Mudede, why did you stop your clean-up? Why is Karikoga Kaseke still in charge of tourism?

The anti-corruption fight never happened. New special anti-corruption courts were set up at the Magistrate’s Court last March. We saw the courts kitted out with nice, new furniture, and figured that this was to make high level looters as comfortable as possible as you sent away to jail. It never happened, and this added another layer to public anger.

The steps needed now are clear, Mr President. Do the right things. You are the President, for at least another four years. Lead.

First, clean up our laws.

You did great to get rid of the indigenisation law. Doing it so early in your presidency sent an important signal. The law as it was run was little more than a tool for extortionists, as Choppies only recently revealed in its fight with Phelekezela Mphoko.

If only you had followed that up by pushing for more business reforms with the same urgency. You haven’t.

Finance Minister Mthuli Ncube tells a story of an associate of his; they had a choice of investing in Zimbabwe or elsewhere in the region. Zimbabwe needed them to get 23 separate licences. The other country just one. No prizes for guessing where they went.

Recently, Surface Wilmar stopped production. Last year, did they not warn you that they warned they were fed up with the red tape at the Ministry of Industry, where they need one licence after another?

We are still waiting for the Investment and Business Facilitation Bill, an omnibus investment law that seeks to cut down on all the licensing that has frustrated businesses. These “ease of doing business reforms” have been on the cards for years now.

Act on political reforms. You don’t need POSA or AIPPA, two relics of the old administration, to stay in power. You don’t even need ZBC to remain a parody of North Korean TV to win elections.

You are the President. You are fully in charge, and you should start showing it. Your party, ZANU-PF, has a firm two-thirds majority in Parliament. Now that you’ve found power, what are you going to do with it? Run around and wave it like a trophy, or put it to good use?

The last year, and the last quarter especially, has been a case study in a Government failing to communicate. For a man who came in with so much to prove, you needed to do more.

There are a lot of things Mthuli has done badly. But there are others he has done well. One cannot fault the entirety of his TSP, but you won’t find many that actually know what it is he’s trying to do. You needed to tell people; this is where our problem is, this is what we plan to do about it, this is how it will affect you, but this is what will happen if we don’t move. And once you said that, you needed to not only do what you promised, but to be seen to be doing it.

We are a people that has lived on subsidies for decades. Weaning the population off was never going to be smooth. It needed better communication.

Consult, and communicate clearly. Take the people along with you.

We can see some of what Mthuli is trying to do. He is attacking the deficit, which he believes is the cause of the currency crisis. Granted, he’s scored some success, putting a lid on Treasury Bills and the RBZ overdraft, and thus slowing down money supply. Once that happens, he believes, we can push into a next phase of currency reforms. He’s put in better structures for public accounting.

But, instead of hearing more of this from your Government, we have an impression of a Minister of Finance and a Government always two-steps behind, making things up as they go along.

There is anger on the streets, and agitation among workers. Understand them, Sir.

Strikes would be so easy to deal with, if your Government made radical, public decisions on how it spends tax money.

It would be easier for people to rally behind your austerity measures, and your removal of expensive subsidies from fuel, if you hadn’t flown off in five-star luxury to Davos when the country was most desperate for your firm leadership.

This, after all, is a country short of leadership; from political parties to the church and to business. Nelson Mandela, in 2008, said Zimbabwe had “a tragic failure of leadership”.

Zimbabwean businesses are, thankfully, now freer to speak than they were under your predecessor. They’re not going to lie prostrate before you, as they once did under the old regime. That’s a good thing. In return, they don’t deserve threats and ultimatums, but honest dialogue and consultation, and a genuine commitment to acting on your pro-business rhetoric.

Let’s end where we began, Mr President, on what’s important to Zimbabweans. The simple things.

Please, we want to live in our own country.

A country where enterprise is free and rewarding, where we are free to pursue our dreams and be happy. It cannot be that complicated.

Mr President, our hearts are sore.

We are patriots. We want to work for our country, and to live in a country that works for us.

That, Sir, is all we demand.

ZW VIEW | Kuvimba: Drop the act and just come out and say it