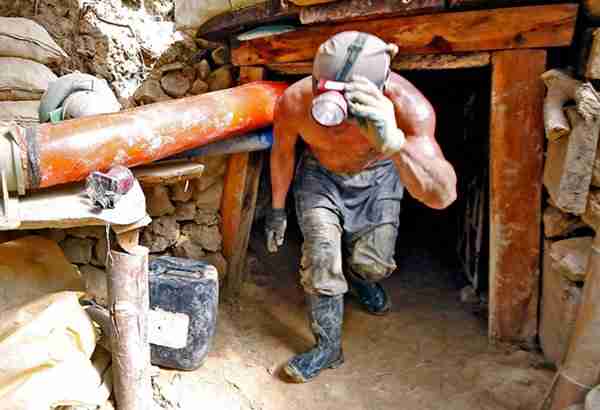 A few days after the release of the 2020 National Budget Statement, the Zimbabwe Environmental Law Association (ZELA) received an invitation from the Clerk of Parliament to share its insights from a mineral resource governance lens.

The mining sector’s economic footprint has been growing over the years. Its significant contribution though has been magnified by the shaky performance of other economic sectors; agriculture and manufacturing industries mainly. Part of ZELA’s mission is to influence policy and practice reforms that help to deliver greater transparency, citizen participation and accountability in the management of public revenue generated by mining.

Interestingly, the 2020 National Budget came at a time when government, in the previous month of October, launched its mining strategy to hit a target of US$12 billion by 2023. This would be a 344% spike from the US$2.7 billion earned in 2017. This has firmed up public interest on whether government is scaffolding the National Budget on the US$12 billion mining strategy.

Another angle explored in this analysis is how far government has gone to implement the mining fiscal transparency reform agenda set by the previous 2019 National Budget. Among others, the measures included joining the Extractive Industry Transparency Initiative (EITI) and monitoring and evaluation of tax incentives. It is worth mentioning that ZELA had made use of the pre-budget public consultations to input into the National Budget formulation process. This is also another basis within which the 2020 National Budget will be evaluated against. It is also necessary to highlight this analysis of the 2020 National Budget comes after ZELA’s scrutiny on how agile or fragile is the mining fiscal transparency reform agenda pivoted on the 2019 Midterm Budget Review.

Government’s interest to join the EITI was reignited by the 2019 National Budget Statement. Previous government intentions, since 2011, to join EITI failed to yield any tangible results. The 2020 Pre-Budget Strategy Paper recommended that “the 2020 National Budget should proffer specific steps on Zimbabwe joining the Extractive Industries EITI as a way for enhancing transparency and curbing any corruption activities in the sector that may deter investment.”

This was a positive sign that government intended to build on its interest to join EITI. The 2020 National Budget, however, only gave a light reference to continued multi-stakeholder discussions on joining EITI.

Unfortunately, this did not meet the bottom bar for specific steps on joining EITI as recommended in the Pre-Budget Strategy Paper. Without appearing to discount the importance of the multi-stakeholder engagement process in preparations to join EITI, one year has almost lapsed, and the set target for next year is continued multi-stakeholder dialogue. As the Chinese caution, “talk does not cook rice”. We expect more from government.

Convergence of principles between the Constitution and EITI offers an opportunity for government to hinge mining sector transparency on the global standard, EITI. For instance, public financial management principles embodied in the Constitution under section 298 requires transparency and accountability in all public financial matters which resonate with EITI. Therefore, the National Budget must put mechanism to ensure mining sector contribution to the national purse is accounted for per each revenue head annually, and per each major mineral sector – gold, platinum, diamonds, chrome and coal.

Currently, royalties are the only revenue head where mining sector performance can be picked. As it stands, it difficult to track contribution of the mining sector to revenue heads like corporate income tax, custom duty, withholding taxes, and pay and you earn.

Much as the disclosure of duty concession is commendable, however, it does not give a full picture of revenue forgone through tax incentives. Other areas where transparency is critical, for example, include the impact of stabilisation agreements, and thin capitalisation exemptions. Stabilisation agreements or clauses generally freeze the agreed tax rates for an agreed period.

As a result, when tax rates increase as prescribed by the Finance Act, the stabilisation clauses cushion the concerned company from honouring tax obligations arising from upward adjustment of tax rates. Given a situation where a stable tax rate undermines the country tax adjustments, tax revenue is forgone.

Because mining agreements are not public, there are high risks that some clauses included can undermine the debt equity ratio of 3:1 required by the Income Tax Act for the purposes of managing thin capitalisation risks. When a company takes the route of financing its operations through debt rather than equity, it has a leeway to use a related party to get returns through financing costs – interest on loans which are deducted for the purposes of calculating taxable income. Such practices have an effect of eroding taxable profit.

To help citizens to appreciate the impact of tax incentives, the Budget missed the opportunity to disclose what has been earned by the mining sector per revenue head since January 2011 against tax revenue forgone per each revenue head.

On a positive note, the Treasury hinted that “government, going forward, will streamline incentives with a view to prioritise the development of local value chains and exports.” This falls in line with the Africa Mining Vision’s thrust to ensure that, where necessary, tax should be used as a tool to promote local value edition and beneficiation as well as mining linkages with other economic sectors.

Use it or lose it: no movement

Obviously, the “use it or lose it” principle is key to ensuring that mineral claims that are not going to be utilised in the foreseeable future are forfeited to allow new players to unlock the stranded mineral assets.

Use it or lose offers government an opportunity to optimise tax revenue from the disposal of released mining blocks which have proven geological potential. However, because of the opaqueness of the current system in which mineral rights are granted, first come first serve basis, cronyism and corruption are unchecked. Last year (2018) Zimplats released roughly 24,000 hectares of platinum claims to government.

The Great Dyke is known as a mineral pregnant belt which cuts across Zimbabwe. In this instance, government must have auctioned the mineral blocks released by Zimplats in an open manner. As recommended by the Africa Mining Vision (AMV), competitive bidding allows government to pick a bidder who offers a greater development dividend – tax revenue, infrastructure, skills transfer, local supply chains and value addition and beneficiation.

A good glimpse of the fiscal impact of associated with released mineral blocks can be taken from a statement by Anglo American company, extracted from company’s 2011 Integrated Annual Report.

“The Government of Zimbabwe has also agreed to ensure that the Company will receive payment of the amount of US$142 million due to it for the cession, in March 2008, of the Kironde and Bougai mineral right claims. This payment will be in lieu of empowerment credits due to it as per the 2008 cession of claims agreement and is in addition to the amounts that will be receivable in respect of the disposal of the 51% equity in Unki.”

Clearly, this statement illustrates why the Treasury must have interest in the “use it or lose it principle” as a leverage for domestic resource mobilisation by curbing opaqueness which breeds cronyism is the disposal of released mineral blocks.

Another development which buttresses why Treasury must harness fiscal linkages from “the lose it or use it principle” is Mimosa’s interest in purchasing or leasing platinum blocks owned by Unki.

Be open about mega mining deals; are they tailored to deliver mega or meagre national benefit?

During the pre-budget public consultation, we demanded that all mining mega deals be presented in Parliament for scrutiny to ensure that the deals are well aligned with national development interest. The 2020 National Budget disclosed that “investment agreements in platinum, gold and chrome, which have been concluded, are expected to boost output in the sector.”

The Constitution, under Section 315 (2) (c), requires an Act of Parliament to guide negotiation and performance of mining agreements to ensure transparency, honesty, cost effectiveness and competitiveness. Worryingly, the 2020 National Budget failed to push for contract transparency and to support Parliament scrutiny on the fiscal terms and conditions of the mega mining deals.

With Winston Chitando at the helm of the Ministry of Mines and Mining Development, a man with impeccable mining experience as the former executive chairperson of Mimosa, what can go wrong, one can argue.

Yet, secretive mining agreements, it must be noted, allow corruption to fester. Even if we discount corruption, the huge number of financial transactions involved, must not lack checks and balances to ensure mega mining deals are tailored to deliver mega and not meagre benefits to citizens.

According to the Constitution, “the State must ensure that local communities benefit from the resources in their areas.” To address the gap created by the scrapping of the indigenisation of economic and empowerment framework, we demanded the inclusion of revenue sharing arrangements between central and resource rich local governments.

For example, 20% of mineral royalties must be ploughed back in areas where the resources are extracted. That way, CSOTs will have a sustainable revenue stream to finance local socio-economic development.

Part of our contribution during the formulation of the 2020 National Budget was the need for the Treasury to honour a commitment made in the 2018 National Budget to review platinum royalties in August 2019.

A commitment made because the platinum royalties were deflated from 10% to 2.5% to ensure fairness and equity among the platinum producers. Prior to this arrangement, ordinary platinum lease holders like Mimosa were paying 10% royalties whilst special lease holders – Zimplats and Unki were paying 2.5%. The reason for the August 2019 deadline for the review of platinum royalties was that the stabilisation agreement between government and Zimplats was set to expire in that period. Hence an opportunity for government to increase royalties without renegotiating its way out of the stabilisation clause.

Currently, platinum royalty rates are now half the rate of the gold sector and marginally higher than those of base metals by 0.5%. Regrettably, Treasury continues to renege on its promise to review platinum royalties.

Parliament can still salvage the situation

In terms of resource governance, disclosure of duty concessions given to the mining sector is the only silver lining in the National Budget.

The Minister of Finance failed to demonstrate how the 2020 National Budget is scaffolded on the US$12 billion mining strategy by 2023. Our input during the pre-budget public consultations was largely ignored. No safeguards were put in place to ensure communities benefit from resources in their localities as required by the Constitution.

On EITI, the National Budget failed to meet the bottom bar set by the 2020 Pre-Budget Strategy on coming up with clear milestones for implementing EITI.

Reference to the use it or lose it principle is made only from the productivity point. Yet the National Budget can leverage on competitive bidding to curb rent seeking behaviour in the disposal of mineral blocks which have significant interest from several investors.

The plans by Mimosa to purchase or lease platinum claims is a reminder to government that there is potential to raise revenue from released platinum claims. There is a lack of urgency to comply with the Constitution when it comes to transparency and accountability in the negotiations and performance monitoring of mining agreements.

As such, citizens do not have a clue as to whether the envisaged US$12 billion mining sector will deliver optimal benefits to the nation. Since this is a budget proposal, Parliament must stand its ground to ensure that the 2020 National Budget is well hinged on the US$12 billion mining strategy and the delivery of necessary mining fiscal transparency reforms.

Mukasiri is with the Zimbabwe Environmental Law Association (ZELA). Click here to read more from his blog.