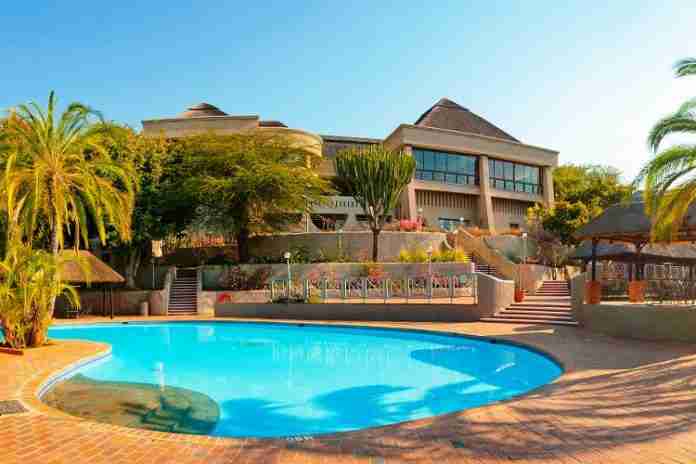 African Sun says it plans to spend US$25 million to refurbish its resorts, despite civil unrest in the first quarter of the year and the recession hitting hotel occupancy this year.

The company runs hotels such as the Elephant Hills in Victoria Falls, Troutbeck Resort in Nyanga and Holiday Inn hotels.

Occupancy for the third quarter was 51%, which was big a 24-percentage points drop from the 75% recorded in the same quarter last year, African Sun said in its latest market update. This works out to a 32% decline in room nights sold from 108,448 reported in the comparable quarter last year to 73,929 this year. In the third quarter, 59% of the guests were local while 41% were foreign visitors.

“The first quarter was significantly impacted by violent demonstrations, and stay-aways which resulted in cancelled bookings from both the domestic and international market,” says African Sun.

“The second and third quarters, as well were negatively affected by hyperinflation, weaker demand on the local market and a decline in foreign tourist arrivals.”

Inflation and the currency reforms, under which the Zimbabwe Dollar was reintroduced, is making it harder for the company to price its services and has created distortions in financial reporting.

“The combined impact of these macroeconomic and political developments on our business is reflected in the reduction in volumes from both our local and export markets as explained under volume analysis.”

For the nine months, occupancy closed at 47%, which was an 11-percentage points down from 58% in the same nine-month period last year.

“The local market was negatively affected by the January protests and low disposable incomes. Of concern are clear indications that we are in a recession. In comparison, the international market has been affected by the general slowdown in world travel by 3%, as well as random actions of civil unrest like the Hong Kong strikes which affected our arrivals in the Victoria Falls destination, in particular for The Kingdom at Victoria Falls.”

Declining tourism numbers contrasts with the boom seen in 2018, when arrivals shot up in the first quarter of 2018, a traditionally slow period for tourism, as Zimbabwe benefitted from early optimism after the ouster of Robert Mugabe. However, the economic and political crises that have followed the 2018 election have reversed that trend.

But African Sun says it is going ahead with a plan to upgrade its hotels, although this will now happen at a slower pace than initially planned.

“The Group has taken an initiative to revamp its product offering through a number of refurbishment programs for most of the hotels at an estimated cost of US$25 million. We have commenced the refurbishment of Troutbeck Resort, Carribea Bay Resort and Great Zimbabwe Hotel albeit at a much slower pace as funding commitments and long term planning have been hampered by the 20% foreign currency surrender, as well as the thirty days liquidation period.

African Sun is completing mock-up rooms for Hwange Safari Lodge and The Victoria Falls Hotel, and rollout is expected in the first quarter of 2020.

To offset slowing spending, African Sun is looking to attract the high end market, and is joining the trend towards luxury camps, known as “glamping”. High-end sites are being built at Great Zimbabwe and Carribea Bay Resort in the third quarter. The new camp at Caribbea Bay has already hosted its first group of guests.

“The market is excited about this new development and we anticipate an increase in foreign arrivals at these properties as we go into 2020. An official launch of this product will be announced to the market soon, which launch will include a completed Great Zimbabwe Hotel refurbishment.”

HISTORY | The Machipisa philosophy: ‘Only successful people can talk to me about money”

Zimbabwe has signed a US$3.5bn compensation deal with white farmers. Here’s what you need...