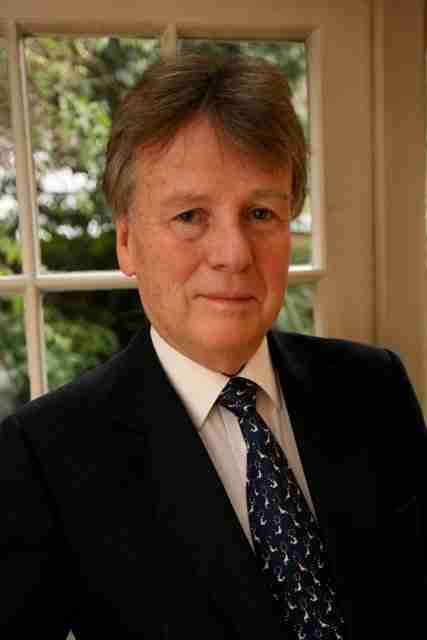 For the last 6 months, I have been working in Zimbabwe in my role as international consultant to the China Railway Group to understand how infrastructure and related trade projects under China’s ”One Belt One Road” can help the country recover from several decades of economic collapse.

At first I found it an extraordinarily depressing experience. Once one of the most prosperous countries in Africa, with a currency stronger than the UK pound, Zimbabwe is now an economic disaster; one of the poorest countries in the world, with extremely high unemployment and one of the highest costs of food in the region, as much is imported. It’s once great agricultural strength is in ruins.

A long drive into the countryside around Harare showed hardly a patch of green amongst the empty fields and farms, and the roads of the capital are pitted with potholes and uncared for.

My first encounters with government were not encouraging. The hugely swollen government and civil service departments, created in the Mugabe years and still consuming a disproportionate percentage of the nations very scarce cash resources, lack vision of how to turn the country around. The “Open for Business’ message of the new president offers the possibility of change but where will the investment come from. My discussions with the large “Supranational” sources of infrastructure loans revealed a mainly ”lets wait until the political situation stabilizes” attitude, whilst the countries legacy of swollen and overdue debt repayments mean that there is no chance of government to government soft loans. Yet despite this depressing background, my first encounters with Zimbabweans revealed a surprisingly positive attitude.

The main change had come they told me after the hundreds of police checkpoints, that had interrupted every journey with requests for bribes and sapped the energy of almost any small business who were trying to make a profit, had completely disappeared. Harare feels secure and relaxed and I was greeted with cheerful smiles and welcome from those I met on my first tentative jog around the small hotel lodge where I was stopping – one of the most enjoyable and relaxing stays I have ever had. Even the hotel cat seemed keen to make me at home.

My local team, based around the Zimbabwean company, KES Consultants and associates, who were already connected at the highest level in the country and well accepted, I had assembled through contacts back in the UK, and were also very positive. Their personal experiences in the previous decades had been full of horrific stories beyond belief, but they had a very strong sense of nationalism, whether black or white, and were keen to get started on finding investors and new business opportunities.

Given the lack of support from international lenders, I had brought with me two seasoned investment bankers with strong access to sovereign wealth and private funds in Singapore, Hong Kong and the Middle East: areas, which were now tentatively looking for infrastructure investments outside their local territory, as long as they could be show to be truly “bankable”.

My two friends, like me, had little idea of whether we could find propositions which would satisfy even basic financial due diligence, but were prepared to invest the expense of travel, given a surprising initial interest in Zimbabwe’s recovery amongst their backers. Truth to tell there was also a sense of adventure amongst our small investment team. All of us had become dis-enchanted with the soulless “spread sheet” banking of modern financial institutions and had a hankering back to the good days, when private Merchant Banks with an appetite for personal risk taking had funded virtually all of the British Empire’s infrastructure needs.

However, the real basis for our Zimbabwe adventure was strong local knowledge of what could be achieved coming from companies with existing deep experience in Africa. I had been engaged in other countries with helping China Railway Group improve the effectiveness of their investments through working with local and international consortia, and I was lucky to find two outstanding partners for Zimbabwe.

In Thailand we had established a strong relationship with the highly professional and employee owned Ove Arup organisation, which provides outstanding design, engineering and project management services from over 3,000 staff in Asia and 15,000 worldwide. They proved to have a long established and highly regarded local office in Harare, with deep experience of what projects were possible and how they might be approached.

In the agriculture area, where I was determined to focus early investment, I had been lucky to meet AGCO, one of the largest farming equipment suppliers in the world, who had recently completed a $1 billion new production investment in China. AGCO’s people had had the brilliant idea of re-thinking African food production capability from the seed onwards and developed what they call a “Future Farm” in Zambia. Their top management is African and have a deep belief that Zimbabwe’s natural advantages of soil, irrigation etc., can be built on to once again make the country the “Breadbasket of Africa”.

My own research suggested that excellence in production could capture huge new markets in commodity foods from fast growing countries like India and China (my Indian friend, Anil Kumar, describes food as the “New Oil” for Africa and the phrase sticks in my mind). There is also a proven example of an Asian company successfully developing a new world market for Zimbabwe. China Tobacco have worked with local farmers to help create a $1 billion export lead tobacco business.

How were these embryo ideas to be developed? We had met the new president at the start of the trip and he took the unusual step of introducing our team to every one of the ministries and civil servants, as well as having his efficient personal office take an active part in the process. The exercise is far from complete but we now have very substantial and promising private and institutional initiatives under detailed evaluation in agriculture, transportation and energy.

Apart from the business meetings, we were enjoying ourselves and learning more about the country. One of our early worries had been about whether foreign management would need to be imported before new ventures could be got off the ground, but our experience proved different.

One of my new friends, who is a special advisor to the president, built us a strong case for the very high level of education in the country, derived from the excellent schools and universities that remain from earlier days, as well as the huge pool of young talent in the 4 million diaspora of Zimbabweans who live and work abroad (and incidentally keep the country going with remittances sent home). Our experience bore this out. Our local team members proved excellent – quite up to McKinsey standard, which is as good a compliment as you will get from me.

Something else though, of equal importance was happening to our team – we were enjoying ourselves enormously. Personally I met a wide range of people from the President himself (to whom I gave a very nice bottle of Irish Whiskey) to generals, ministers, businessmen, hotel owners, professors, special forces veterans, Pilates teachers, daughters of national heroes, farmers, cab drivers and the captain of the Zimbabwe football team, and enjoyed their company.

We had also found a very lively bar, the ”Tin Roof”, impossible to find, but hard to leave. True, there were those who clearly preferred the old ways and resented our presence, but we were getting a feeling that their days were numbered. The change in the country, which brought one and a half million people out into the streets to get rid of Mugabe has become an unstoppable force, which is yet to appear in any other African country.

Will this survive the upcoming elections is the question I am asked most, and my belief is Yes! – whoever wins. Other factors are very positive. Zimbabweans retain a very strong affection for the UK, the Queen and the Commonwealth (which they will shortly rejoin) and even drive on the left hand side of the road. Back in the UK, I only wish we could stop the endless and divisive wrangles about Brexit and spend a little time on helping a country, which could well be important to us as a world trade partner. There is also the great natural beauty of the region.

The wild life parks in the five or so countries around Victoria Falls form the largest such conservancy on the planet; the Eastern Highlands offer a Scotland like beauty and excellent trout fishing (my personal hobby).

Overall then , to my great surprise, I am not only keen to develop the initiatives we have discovered, but it is more than that. I have always been attracted by the extraordinary depth of feeling that Africans have for their magical continent, and now I understand a little of what they believe. I really like Zimbabwe. My good friend, Sir Anthony Pile, who passionately loves the African continent and has created over 6,000 jobs there, through his Blue Skies company, calls Zimbabwe “The Lighthouse of Africa”. He may well be right.

Sir Richard Heygate is International Agent and Advisor for China Railway Engineering Group, one of the world’s largest construction firms. The company is currently exploring opportunities in Zimbabwe. This article was posted on his LinkedIn profile.

And another one: Caledonia buys Motapa Mine from Metallon unit, adding to growing gold...