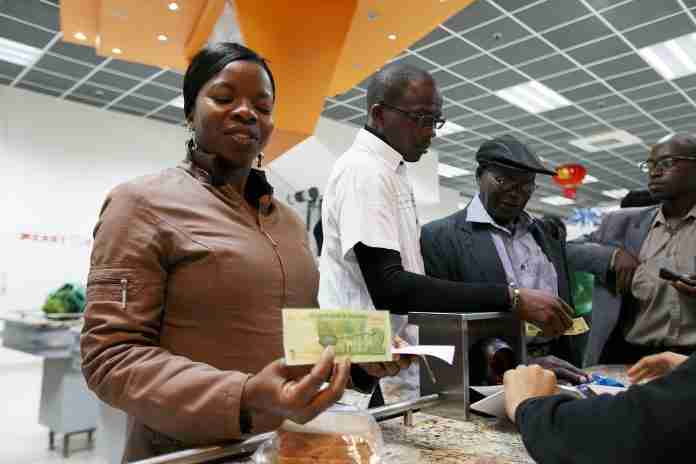 Ten days ago, Zimbabwe’s new Finance Minister Mthuli Ncube was talking of abolishing bond notes and launching currency reforms before the end of the year. But on Tuesday, President Emmerson Mnangagwa ruled out any such reforms.

In his address at the opening of Parliament, President Mnangagwa reaffirmed the government’s commitment to the so-called multi-currency system or dollarization “until the current negative economic fundamentals have been addressed to give credence to the introduction of the local currency”.

The economic fundamentals he listed are the familiar ones set out repeatedly in recent years by government ministers and the central bank – a “sustainable” fiscal position, foreign currency reserves equivalent to 3 to 6 months import cover ($1.4 to $2.7 billion) and “sustainable consumer and business confidence”.

As the President spoke the premium on US dollars relative to RTGS balances or electronic money stuck in the banks, hovered close to 100% while that between Zimbabwe’s ersatz currency (bond notes) and the US dollar was 88%.

The President announced that Zimbabwe has taken on another $500 million in foreign loans to bolster the balance-of-payments, seemingly confident that a country, already in what the IMF calls “debt distress” with a debt-to-GDP ratio exceeding 100%, can weather the storm.

But the track record of emerging market governments who take on the foreign currency markets is littered with failures and it is not easy to see why Zimbabwe should be any different.

The record of macroeconomic mismanagement, including under the New Dispensation since the military coup last November, is stark. Domestic debt has escalated alarmingly; the balance-of-payments gap is widening; more and more is being borrowed offshore by private as well as official entities

In the 2018 budget presented nine months ago, the former finance minister, Patrick Chinamasa, promised to cut the budget deficit from $2.5 billion, which was hugely understated at the time to $671 million this year.

But just before he left office after losing his seat in the July 31 election, Chinamasa’s ministry revealed that government spending, far from being cut, had jumped 57 percent in the first half of the year. The deficit for the 6 months was $1.4 billion and forecasters expect it to top 3 billion – more than 16 percent of GDP – in 2018, especially when the extra $300 million for the 17.5 percent pay rise for civil servants and the 20 percent hike for the military and police, is taken into account.

Such profligacy hardly inspires confidence in the fiscal consolidation promised by the President and his new Cabinet.

Policymakers believe that they can maintain the fiction that the local currency – electronic balances and bond notes – really does trade at par with the US dollar. In the parallel market however, the over-valued local unit is worth less than 40 cents.

The official position, set out by Mr Mnangagwa, is that this situation can be maintained until the budget deficit has been cut and foreign reserves accumulated. But given that the country is staring down the barrel at a trade deficit of well over $2.5 billion this year – it was $1.7 billion in the first 7 months of 2018 – it is going to take a long time to build up reserves of $2 billion or more.

This is the catch-22 position in which Zimbabwe finds itself. Can it wait two years or more to meet President Mnangagwa’s economic fundamentals before abandoning the unsustainable dollar parity, or are the fundamentals unreachable without a competitive exchange rate?

COLUMN | The Elephant in the Room With Milayo Ndou | Priscilla Misihairabwi-Mushonga: Thank...