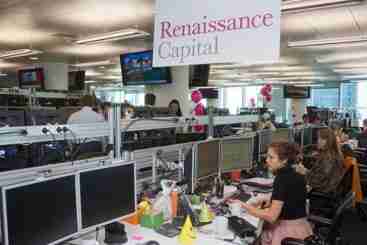 Prospect Resources has appointed leading investment bank Renaissance Capital as its advisor on the possible sale of its interests in the Arcadia lithium mine to Russian energy firm Uranium One.

Prospect and Uranium One entered into a Memorandum of Understanding in December last year on exclusive talks towards equity in Arcadia and an offtake agreement.

“The discussions with Uranium One are progressing well. In light of this, Prospect has now appointed Renaissance Securities (Cyprus) Limited as its exclusive financial advisor in relation to the potential sale, directly or indirectly, of the Company’s economic or other participation in, or the whole or part of the licence and/or the assets of, the Arcadia Lithium Project or of the Company itself to Uranium One or its affiliates,” Prospect said in a statement on Monday.

The MoU was postponed twice due to disruptions caused by COVID-19. It will now expire on August 10. Prospect has said there is no guarantee for a binding agreement or proposal.

Founded in Russia in 1995, RenCap is a leading investment bank specialising in frontier markets.

An upgraded resource assessment of Arcadia in 2019 indicated ore reserves of 37.4Mt at Arcadia, 39% more than previously estimated.

The estimates meant that the proposed mine would last beyond 15 years, and made Arcadia potentially the seventh largest hard-rock lithium asset in the world.

In December, the Africa Export-Import Bank (Afreximbank) agreed to arrange and manage a US$143 million project finance debt facility for Prospect, and also pledged to fund and hold US$75 million of the arrangement to fund development of the mine. However, talks have been delayed due to COVID-19’s impact on the capital markets.

ESSAY FRIDAY | Why the world is leaving Zimbabwe behind