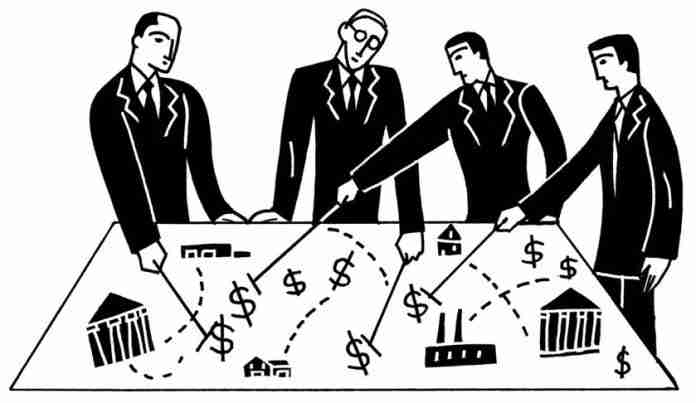 Economists are disenfranchised. They are professionals wandering about trying to find their place in society. Don’t get me wrong, banks and industries employ economists; and pay them well too. These clients understand the importance of economists. Wider society does not.

There is a peculiar mainstream attitude towards the profession. We discount its importance. Life itself increasingly conditions us to know enough about economics ourselves. We consciously make economic decisions for ourselves frequently; as often as we make transactions in a day. In a way, “adulting” can be defined as finally being responsible to make economic decisions for ourselves. Maturity is figuring out the quickest means of economic independence from our parents.

Socially, what we make of ourselves in life is primarily judged on our competence to make exceptional economic decisions; friendships, marriage, social contribution. That’s all secondary. Actually, all those become defined by our economic stature. So how different are we from the trained, practicing economists, really? We are just self-employed, aren’t we?

Compare with, say, the field of medicine as we take occasional trips to the doctor’s. We trust doctors with the complex technicalities behind whichever prognosis they give us. We trust what they prescribe, and don’t bother to study the medication pharmacists hand us over the counter. Similar interactive dynamics happen with climatologists.

“we trust doctors with our lives, more than we do economists…”

We do check the weather in the morning, to dress accordingly or determine conditions for planned events that are on our schedules. Sure, the farmers amongst us have a more elevated concern, as weather is consequential to yields. But, ultimately, we hardly delve into the technicalities climatologists deal with ourselves; we are okay with trusting the weatherman.

Does it mean that we are less affected by health and weather than we are by economics? After all, we are in constant being within our bodies, and our bodies are fully immersed in the climate, every second of our lifetime. Both are more immediate vulnerabilities than any economic calamity to potentially befall on us.

We are more likely to die at a moment’s medical or climatic comfort, than we are to succumb to an economic event. Yet, we trust doctors and climatologists, with our lives, evidently, more than we do economists? If so, this scenario shows some sort of cognitive dissonance in how society views professions.

Even though we are groomed to take care of our physical welfare, we are not so conditioned to be, and are not primarily judged, by acquired medical and climatic astuteness throughout our lifetime. We are not conditioned to be medically and climatically autonomous. There are trusted experts for that.

How often do we consult trained, practicing economists? To what extent do we trust their authority?

Perhaps, this is an anecdote to explain the technical emptiness today in global socio-economic discourse. Mainstream society does not acknowledge the importance of economists. We are conditioned to disenfranchise their professional discipline. Hence, socio-economic narratives typically run rampant, vacuous of economists’ technical contribution to subject matter. This is as global an occurrence in the UK, Europe, the US, as it is in Africa, and here, in Zimbabwe.

This is often phrased as “populism”. It is fascinating, that populism seems to be thriving in societies where modernity perceives success and maturity closely to individual autonomy in economic understanding.

Perhaps it is true then; the masses do not know what is best, but less explored is, are the masses conditioned to shun those who do know?

And so enters the politician!

So who occupies influential spaces of socio-economic discourse? Politicians, of course! But, discourse cannot, entirely, be won over without some sort of empirical support. Not so overtly. Societies, to some extent, are still primed to acknowledge professional and technical guidance. This is the diminishing reverence of critical-thinking; barely sustaining formal education, especially tertiary institutions’ identity in society.

This is why we compete and boast about churning out university graduates and doctorates. It is more about the numbers than our deliberate expectation of their professional and technical contribution to socio-economic discourse. As we go deeper into the autonomous modernity, what else do we still have to clutch onto as uniform claim of national sophistication, if not the output from our institutions of higher education?

“Sometimes politicians defer to economists, but only to support their narratives…”

There is pride in producing, say, a thousand economics doctorates, than just 100 of them. But it’s not because they bring greater contribution to discourse, is it?

Well, it is left to politicians to pick and choose for us, which economists are apportioned a say in public discourse. Hazardously, this relies on politicians’ own economic literacy. That’s grim. More worryingly, it relies on their honesty to pick technical legitimacy over their own narrative expedience.

So Zimbabwe finds itself today; a hot political atmosphere, with an ever desperate economic circumstance! It is a nation well groomed for autonomous modernity, and socio-economic discourse is influenced by decidedly quick drawing politicians. In very rare instances, politicians do choose to find economists, but only for the purposes of expedient narrative support.

But, as a desperate economic situation worsens, social impatience has reduced economist contribution to naught! Consequently, here are a few anecdotes of some dominant, but grossly misguided conventions prominent in Zimbabwean socio-economic discourse.

The phrase “import substitution” is politically and technologically outdated. The phrase implies a misplaced context of political antagonism, such as embargoes, effecting trade flows. It is a phrase that retains capital in a political environment still impressionable of, and cannot think beyond, Rhodesia’s industrial form. By suggesting import substitution of toilet paper or oranges, for instance, it makes it seem as if the forces to determine availability of these goods between Zimbabwe and South Africa are political. That is not the case at all.

The country is importing these products simply because of less efficient production chains, compared to its very friendly trade partner. Import substitution is only a strategy when political disputes, such as sanctions on Rhodesia, did not allow market forces to determine available goods and services between Rhodesia and friendly trade peers.

Unconsidered by many observers, Rhodesia did manufacture goods locally, but it was deprived of the benefit of having more efficient production alternatives through friendly trade partners. This was a huge contributor to its eventual demise; it lacked the gains of trade. Zimbabwe has no such constraints, and should not accept a context that makes it feel as if it does. It simply has weak production chains from forestry and orchards to processed toilet paper or edible fruit juices. Thus, it has the privilege to rely on South African production to provide those goods.

This challenges two misgivings; firstly, that our industrial policy requires a political resolution to counter antagonist trade determinants, or, secondly, that imports are inherently undesirable. Imports are not a bad thing at all, and South Africa is not a competitor, in any adversarial reference.

Imports are an investment into a friendly trade partner’s more efficient productivity, for the purposes of availing a good or service in the market more efficiently, and cheaper. A country only has to be confident that imports are of goods and services of a marginal productivity that can neither be matched by its own production chains, or least imported at tolerable cost benefit to producing domestically.

This is where trained and practicing economists earn their keep.

Zimbabwe lacks economists to compile and continuously study measurable metrics relevant to comparing marginal productivity, domestically and to our trade peers. To further complement this, it is the economists who then study other variables such as exchange rate pass through (ERPT) effects on what was recently the USD:ZAR, before the misguided rush for a Zimbabwe dollar. Without these basic metrics, what exactly is informing Zimbabwe’s industrial and trade agendas?

The ERPT is a means of studying what effect changes in exchange rates between two currencies has on the pricing of traded goods and services. For instance, when the USD:ZAR exchange rate moves from 1:12 to 1:14, what is the effect on price elastic goods and services between trading partners? There were no empirical findings to study this in our socio-economic discourse.

So, without knowing the ERPT of changes in the USD:ZAR rate, it is unclear what effect, if any, and on what goods and services, a strengthening USD had on Zimbabwe’s trade with South Africa. The USD:ZAR exchange rate did not change more than 15% since Zimbabwe dollarised. What exactly was the impact of this change on traded goods and services over that period of time?

An argument frequently made against Zimbabwe’s use of the USD was the internal cost effects of a strong currency. Yet, government has increasingly subsidised utilities. Along with labour, of which government reformed flexibility of labour laws, utilities are the greatest cost factor in manufacturing. This suggests trade trends between Zimbabwe and South Africa had more to do with proprietary industrial strategies than exchange rates.

This is enough to ponder on for now; trade, productivity, and currency. These are conventions that still remain largely misguided in socio-economic discourse. Zimbabweans should consistently ask themselves, what other misguided conventions have become entrenched in our autonomous economic understanding.

Are the prominent politicians that are dominating our socio-economic discourse referring to trained, practicing economists for help? 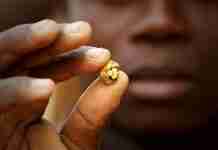 Election behind us, focus now on economy – ED

It wasn’t me: Global issues to blame for rising prices, Ncube says