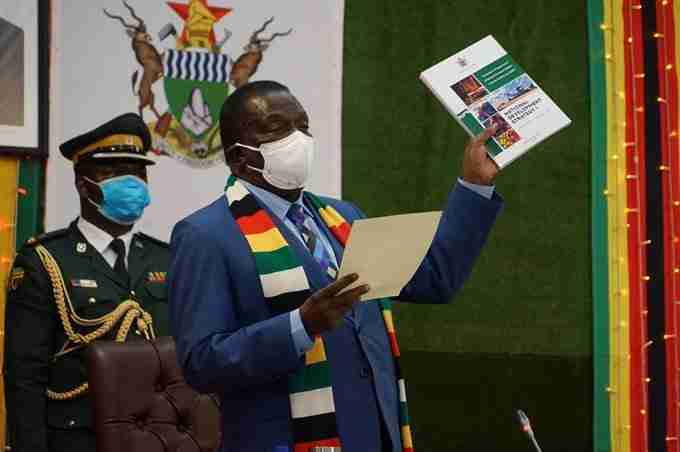 The National Development Strategy (NDS1), launched by the Zimbabwe government on Monday, is the latest in a long line of five-year economic plans.

You already know the drill; the government is “hailing” the document as a magic solution, while critics are dismissing it as yet another overinflated promise that will end in tears.

Few will read the whole document; understandably, given that it is all of 343 pages. (For what it’s worth, the TSP was 388 pages, and ZimAsset, the last blueprint launched in 2013, was 129 pages)

So, what exactly is the NDS1 all about?

Here, newZWire tries to condense for you the wordy 343 pages into a few hundred words, hoping this captures the key highlights. 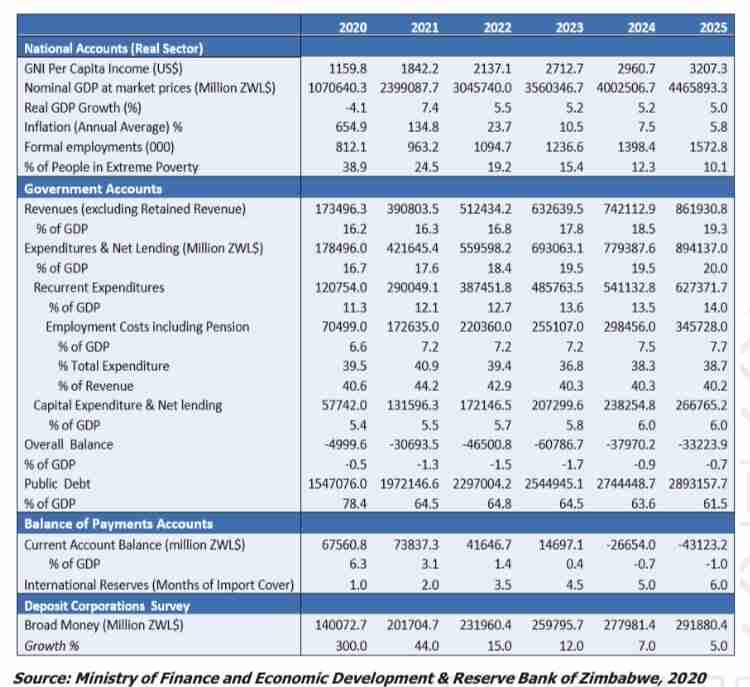 How does government plan to achieve this? The NDS is targeting five main sectors for growth; agriculture, mining, electricity, manufacturing and tourism. Below are summaries of what the NDS plans to do for these four areas.

On farm funding, the policy will turn Agribank into the Land Bank by February next year, while contract farming will be extended to more crops and livestock.

On droughts, NDS1 is targeting more irrigation, set aside funding for research into resilient seed and animal varieties, and “climate smart agriculture practises”. A total of 350 000 hectares is targeted for irrigation.

Marketing will see the re-introduction of the agriculture commodity exchange and new rural markets that match buyers to growers.

To improve transparency, a mining cadastre system will be implemented. This is a register of mine claims, long been promised but not delivered by government. A joint committee of OPC and Ministry of Mines, chaired by the new Zimbabwe Investment Development Agency, will now assess new mine investors.

NDS1 plans to reintroduce a “beneficiation tax” on unprocessed base metals, including platinum, to push miners to set up a refinery. This tax has been hugely unpopular with miners and may undermine confidence further.

A new policy is a minerals commodity exchange, which will trade all other minerals, except gold.

Only 9% of Zimbabwe’s exports are manufactured. NDS1 plans to fix this via agriculture. Soya bean, fertiliser, cotton, sugar cane, dairy and leather are the sectors targeted to feed more raw materials into industry.

In soya, for example, NDS says Zimbabwe has an estimated oil seed crushing capacity of 610 000 mt per annum, enough to satisfy domestic demand for cooking oil. However, there is reliance on imports because there isn’t enough soya bean being grown.

NDS also lays out some ambitious plans to increase “beneficiation” of minerals, a buzzword that has not turned into action for years. At a smaller scale, NDS plans to increase the contribution of SMEs to manufacturing by 10% annually for the next five years.

Outside agro-processing, NDS1 also targets growth in pharmaceutical and in bus and trucks assembly. Also planned are innovation hubs and industrial parks.

NDS1 plans to look beyond traditional tourism to invest in alternative forms, and places, of tourism. This includes heritage tourism. New tourism areas to emerge will be Kanyemba, Tugwi-Mukosi, and new areas around the Victoria Falls Special Economic Zone.

Zimbabwe will also look to new source markets, such as the Middle East, Asia and Eastern Europe. NDS1 also wants Zimbabwe to corner the Meetings, Incentive, Conferences and Exhibition (MICE) market. There will also be a push for domestic tourism through “appropriate” packages, as well as Diaspora tourism promotion.

Government says climate change means that Zimbabwe can no longer rely on hydropower. Imports are also now uncertain because of a regional power shortage.

Solution? NDS1 would increase power generation capacity from 2317MW to 3467MW by the 2025. The plan includes an extra 280km of transmission and distribution network.

More independent power producers will be licenced, including in renewables.

If all this works, Zimbabwe will have enough power. But, for Zimbabweans, the flipside is that the days of ‘cheap’ electricity would be over. NDS1 says it will “regularly review the pricing policies to ensure cost recovery” for new energy investment.

NDS1 will amend the Reserve Bank of Zimbabwe (RBZ) Act to reduce the limits of borrowing by government from central bank.

There will be a liquidity management team, comprising Ministry of Finance and RBZ, which will decide on liquidity. Government wants to see the Zimbabwe dollar “as the dominant legal tender by 2025”. The forex auction stays.

NDS1 also plans to increase forex reserves to six months’ import cover by 2025. That would be some leap; earlier this year, IMF data showed Zimbabwe had enough reserves only to cover a week’s worth of imports.

NDS1: Will all this work?

Like all blueprints before it, there’s little to fault the NDS1. It sets high targets, many of them over-ambitious, such as on attracting FDI and cutting debt.

This is not new.

ZimAsset, the last blueprint, was even more ambitious; its wishful promoters at the time said the program needed US$27 billion to be implemented. NDS1 does, however, quietly tone down on some of ZANU PF’s lofty 2018 promises, such as on growth, jobs and housing.

However, as we have pointed out in our assessment of the TSP, everything boils down to one factor; political will. The failure by leaders to do the right thing has brought all previous blueprints to naught.

There is this line, on page 11 of NDS1, which its authors need to read more: “The implementation of the NDS1 will require a mind-set change and a new way of thinking and doing business.”

And, that is all Zimbabweans have long asked for, more than new blueprints; a change in the way the country is run.

COLUMN | Coronavirus: How Zim’s legal response shows a Govt not taking this seriously