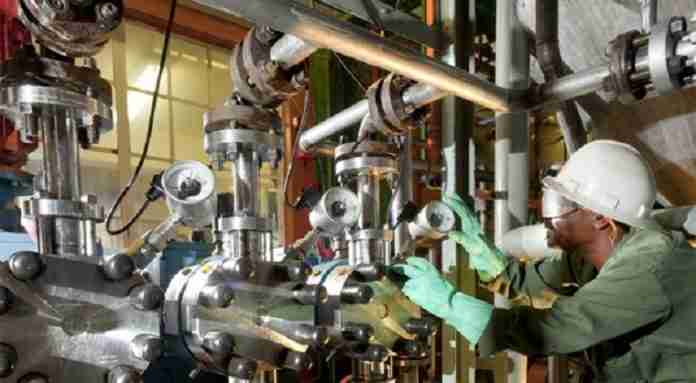 Zimbabwean industry, once the envy of the region, has been decimated by the economic crisis of the past 20 years.

The National Development Strategy, the latest government five-year economic plan, carries five sets of data that show the scale of the damage over the years.

“The increased reliance on primary commodities exposes the economy to the vagaries of the international commodity markets,” NDS1 says.

46%: That’s the percentage of manufacturers located in Harare

As of 2019, about 46% of Zimbabwe’s manufacturing firms were located in Harare.

“The difficult operating environment led to some companies to either close down or relocate to the capital,” NDS says. “Consequently, there has been high de-industrialisation and under development in other towns and rural areas, despite having natural resource endowments that form the critical throughput in the processing industries.”

10.6%: the contribution of secondary economy to GDP

According to NDS, Zimbabwe once “successfully engineered fundamental shifts in the structure of the economy by reallocating resources from low to high productivity sectors and creating significant formal employment.”

In simpler terms, Zimbabwe once created a strong secondary economy, or manufacturing.

In 1990, secondary activities contributed 25% to GDP, compared to 22% for primary goods.

But this changed. Secondary activities now make up just 10.6% of GDP.

“Also contributing to the disintegration (of industry) was high absorption of imports of semi and finished products, particularly during the dollarisation period from 2009-2017,” NDS says.

US$70 million: the amount Zimbabwe spent on importing buses

According to NDS, over the past two years, Zimbabwe has imported over US$70 million worth of public buses and delivery trucks.

“This is despite local industry having capacity to competitively produce 65 such buses and 100 delivery truck per month with a local content of over 50%.”

A mere 50 people are still employed directly on assembly plants in Zimbabwe, the data shows. There’s potential to increase this to 4500 by 2025, but only if NDS sticks to its plan; government buying buses and trucks locally. That’s a promise government has previously made, but never kept.

NDS plans financing partnerships with banks to raise funds for assembly plants, based on a guaranteed order book.

[CLICK: Drunk on luxury, how chefs drove Zimbabwe’s car industry off the cliff]

14.2%: the percentage of revenue collections to GDP

The NDS says a major threat is that tax collection will get harder because the economy is going informal, the outcome of industry collapse.

“Fiscal sustainability is facing threats arising from weakening revenue collections, which gradually declined from an average of 18% of GDP in 2015 to 14.2% by 2019.”

According to the NDS, just 24% of those employed are in formal work. NDS plans a special unit in ZIMRA to collect tax from the informal market, a potential hot button issue for the taxman.

What does NDS1 plan to do about all this?

NDS is looking mostly to agriculture, which provides over 60% of raw materials to industry. The NDS is targeting soya bean, fertiliser, cotton, sugar cane, dairy and leather as key sectors.

NDS also lays out some ambitious plans to push for base metal refineries. At a smaller scale, NDS plans to increase the contribution of SMEs to manufacturing by 10% annually for the next five years, through access to capital, procurement policy and infrastructure.