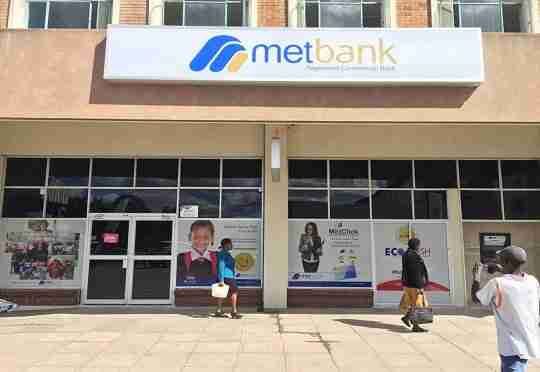 Metbank has been ordered to pay back $20 million worth of Treasury Bills to the National Social Security Authority (NSSA), after a judge said the bank’s court bid to keep the TBs had come “tumbling down in humpty-dumpty fashion”.

The case around the TBs forms part of the separate case in which Prisca Mupfumira, the former Labour Minister, is being charged for abuse of office.

In a judgement reached in June but only recently made available, High Court judge Nicholas Mathonsi ordered Metbank to return to NSSA the three TBs it had been holding as security.

Metbank had, in 2017, controversially secured the TBs from NSSA as security for some third party borrowings, but the bank failed to return the bills by June 2018 as agreed. After negotiations over the bills failed, NSSA then went to court, seeking the return of the three TBs or a payment of $20 million, plus a 5% per annum penalty fee on the $20 million, collection commission and costs of suit on the adverse scale.

NSSA, represented by advocate Tawanda Zhuwarara, told the court that Metbank had ignored a notice on 7 August, 2018, to remedy the breach of contract.

Through its legal representative, advocate Fadzayi Mahere, Metbank insisted it did nothing wrong, saying “there is no agreement between the parties” and that NSSA had not delivered any “formal agreement” to Metbank. Mahere argued that NSSA was in fact demanding the TBs back before they were due.

While Zhuwarara argued that the 2017 document the parties signed was a binding and enforceable security lending agreement under which Metbank was required to return the TBs, Mahere had insisted that what NSSA and her client had agreed to were negotiations that would be part of a formal agreement.

After pre-trial conferences, only two issues were left for the court to decide on; firstly, whether there was indeed a binding agreement on the TBs, and whether Metbank had any lawful basis to keep the TBs. However, Metbank then raised a preliminary issue.

“She (Mahere) submitted that a litigant who seeks the return of its property must proceed by way of vindication proceedings. It is incompetent for such litigant to plead its claim in contract,” Mathonsi noted. “In Ms Mahere’s view, when a claim is pleaded in contract and a breach is alleged, the competent relief is to seek specific performance or damages.”

However, Zhuwarara, for NSSA, described Mahere’s point in limine “as being the fruit of an idle mind fixated on buying time in the most callous manner”.  He argued that NSSA’s claim was based entirely on a contract and that the claim before the court said so.

Mathonsi agreed with Zhuwarara, saying: “I must say that I find it extremely difficult, if not well-nigh impossible, to follow the logic of the point taken in limine.” In his ruling, Mathonsi agreed with NSSA’s plea for punitive costs, saying Metbank’s legal team “had set about contesting the action with no recognisable defence, while in the process the reasons for resistance continued to vex the mind. Such behaviour can only be explained as an abuse of the process of the court, typical of engaging in a Sunday morning kick around, except that this is a court of law transacting serious business”.

He then ordered the Metbank pay to pay NSSA a penalty fee of 5% per annum of $20 million compounded daily from 18 June 2018 to date of return of the treasury bills.

Mathonsi was scathing in this ruling on the case: “Other than chasing a mirage, that there is no agreement between the parties, the defendant did not advert to any lawful basis for the retention of the bills. Quite to the contrary, the argument that there exists no agreement is a self-destruct button the defendant was fervently pressing. It brought the entire edifice of the defendants’ case tumbling down in humpty-dumpty fashion. Without some semblance of an agreement the defendant would not have a right to keep that which it does not own. It should simply return it.”

OPINION | From Washington to Harare and back, Black Lives Matter

One year of COVID-19: Looking back at a year of isolation and loss