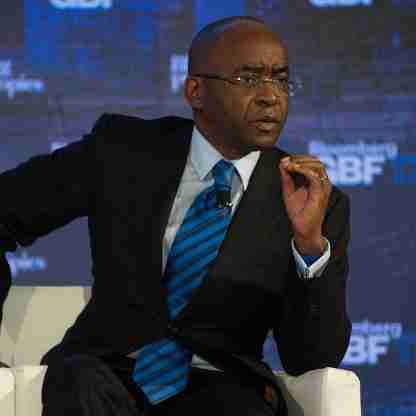 In an interview on CNBC Africa, Econet founder Strive Masiyiwa said President Emmerson Mnangagwa was sincere in his intentions and that sanctions on Zimbabwe had to be lifted. His comments drew the ire of Mnangagwa opponents. MDC Alliance MP Chalton Hwende, chair of the Parliamentary Committee on ICTs, even called for a boycott of Econet. In a Facebook post on Thursday, Masiyiwa responded to the the critics. We publish his reaction below.

As an entrepreneur, on many occasions I have had initiatives for my country Zimbabwe, which could have created tens of thousands of new jobs.

When I have discussed them with either investors or banks, they have turned me away, saying:
“We don’t want to violate the sanctions in your country.”

I have documents and emails from bankers and investors. I tried so hard to persuade some of them, often suggesting that they are not interpreting the sanctions correctly.

In my case I was forced to go to China to secure loans to support our Zimbabwean businesses. But this was not always ideal. I have spoken about it publicly on many occasions even in the US and China itself.

It is not right that we as business should have to work under such conditions, when all we want is to create jobs and livelihoods for ordinary people.

Now, if Zimbabwe had been a person who committed a crime, for which they went to prison, would you not say 20 years is enough?
Zimbabwe has served its prison time. It’s time for the country to be given a chance to get back on its feet.

I fled my country when assassins were sent to kill me. I had been tipped off by someone in the Mugabe government who was related to me. Even when I left the country, there were other attempts to kidnap me in SA. It has been 18 and a half years. Only I have the right to decide when to come home.

My executives [in Zimbabwe] were arrested and held in leg irons for 16 days. I endured all the persecutions, including the bombing and shutting down of my newspaper business.

No one stood in our corner, or expressed indignation, perhaps because there was no Twitter?

Now will the end of Western sanctions end all our problems?
Absolutely not!
As I have said, no one should be under any illusion that this is not going to be very, very tough, as many of the issues to be tackled are due to bad policies going back decades including corruption.

Let’s not allow the sanctions to be a crutch and stumbling block to some of the issues that need resolution.

My name is Strive Masiyiwa, and I’m with the suffering ordinary Zimbabweans who need to see jobs, livelihoods, and investment in our country. I call for an end to sanctions now. And I reiterate my call for people to work together in the national interest.

Intimidation and threats have never affected me. I stood up to Mugabe when most of those issuing threats by Twitter were either in diapers, or hiding, or even simply minding their own business.
Whatever!

I did not rail at them, and never will or demand that they say only what I approve.

OPINION | Do you remember when we read books?

COLUMN | Populism and emotion: The state of political debate in Zimbabwe FOREX CRISIS: As Zimbabwe’s govt again looks for scapegoats, business groups must find their voice, and learn from the past