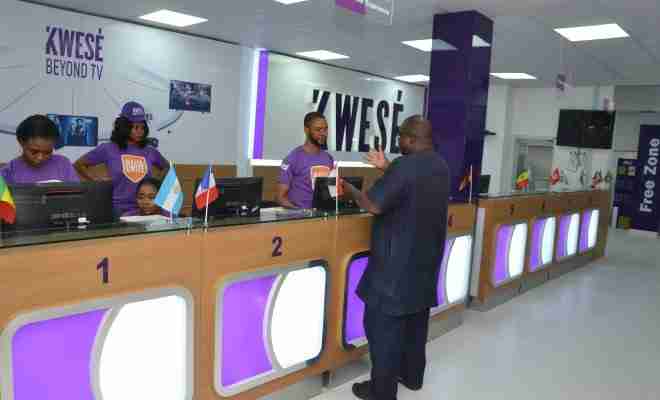 Hit by weak subscriber uptake and falling subscriptions for pay TV worldwide, Kwesé TV, a division of Econet Media, is cancelling its service and may leave some of the eleven markets in which it operates.

In a statement, Kwesé announced it will now only remain with its three core services; the free-to-air Kwesé Free Sports (KFS), video-on-demand platform Kwesé iflix and Kwesé Play, a streaming service. The company will have to refund customers that had already paid subscriptions for November, Kwesé said in a statement on Thursday.

In a note to customers, the company said its “current subscription services and channel offering will cease as of 1 November 2018”.

According the company, the market has shifted since it launched services and the company has to revise its strategy. Econet Media was now reviewing its “operational structures across all markets where Kwesé TV has presence which may result in changes to the company’s various business units,” the company said.

Joe Hundah, Group President and Chief Executive of Econet Media, says repositioning is a response to changing market trends.
“The revised business strategy will also ensure that Kwesé TV continues to remain competitive within the industry.

Despite retreating from pay TV, Kwesé says it will now create its own content, via Kwesé Studios.

“Additionally, through the development of the Kwesé Studios content hub, Econet Media will now have a legitimate claim to being the home of African content, as we will now create a place where Africans can tell their own stories and shape their own narrative,” Hundah says.

Earlier this year, Calvo Mawela, CEO of Africa’s largest pay TV service Multichoice, said over 100 000 DsTV Premium subscribers had left the service for Netflix over the past year. To compete, MultiChoice launched its streaming service, ShowMax, in 2015 at no extra cost to DStv Premium subscribers, but the company admitted they could not slow the Netflix push. In May, Multichoice said Netflix had in fact added more subscribers in one quarter than MultiChoice had in more than 20 years in operation.

For Kwesé, its small size means it could never compete with Multichoice on rights to big draws such as English Premier League football.

Kwese launched services in Zimbabwe in October 2017, after months of controversy that saw Government temporarily barring the company from offering its services. Kwesé drew market interest at launch, as it entered the market at a lower cost while allowing users to subscribe using local payments. However, growth appears to have stalled due to a small variety of channels.

Picking stocks? Here are sectors you should be watching