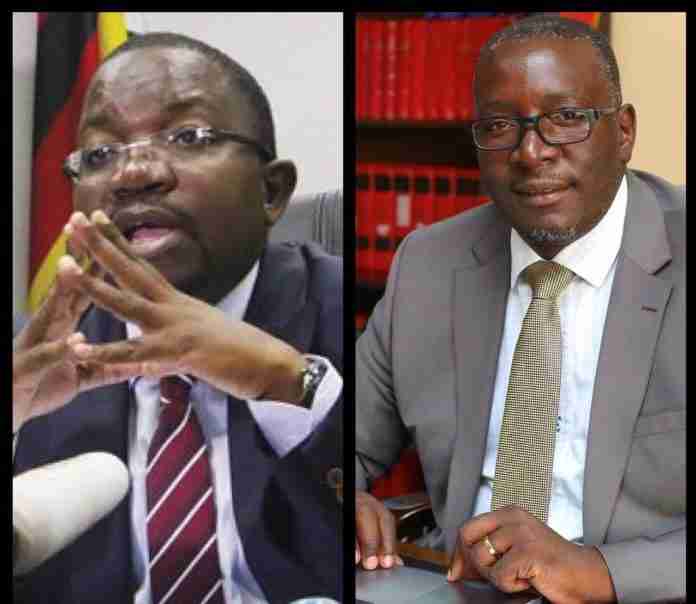 You can never accuse lawyers of being picky. Ask Lewis Uriri and Thabani Mpofu, the two top lawyers doing battle in Wednesday’s court case on the disputed presidential election.

The two advocates have argued many cases, some involving the opposing sides in the current political impasse.

Last November, Mpofu led a court appeal to declare the military coup legal and to declare Emmerson Mnangagwa’s rise to power as legitimate. On Wednesday, he stands in court to argue that Mnangagwa was illegitimately elected on July 30.

In 2013, Uriri was part of the legal team that represented Morgan Tsvangirai in his petition against the election that year. In that case, Uriri and others alleged rigging by the Zimbabwe Electoral Commission. On Wednesday, Uriri will be seeking to convince the court that there was no such thing as rigging in the 2018 election.

Over recent years, the two lawyers have crossed paths on many cases, and fought alongside each other on others.

They are highly regarded in legal circles, having racked up many landmark rulings in their favour. The envy of many colleagues, poster-boys for many young lawyers, the two get some of the biggest clients and cases.

“Neither of them is known for their humility, and it will be a clash of two big personalities,” one senior lawyer said, a day ahead of the petition hearing. “But they are not confident for nothing. They know their jobs.”

As another renowned lawyer David Hofisi is quoted as saying in the Herald, in Mpofu and Uriri “we have two titans of the legal field, and it is as thrilling a match-up as any”.

ZEC lawyer Tawanda Kanengoni is no slouch either, Hofisi says, as he is “very grounded and experienced in this sort of litigation and his papers portray he is quite confident in the minutiae of election-related litigation.”

From shady dealers to opposition leaders, and from Government officials to top business executives and celebrity pastors, Mpofu and Uriri have attracted all sorts of clients due to their skills in court.

Now they face what is likely the biggest case of their careers.

In November, just days after Mnangagwa rose to power on the backs of military tanks, Mpofu successfully represented two citizens, Joseph Evurath Sibanda and Leonard Chikomba, who argued that Robert Mugabe had failed to control the government and that the country was now under the leadership of his wife, Grace, and her G40 cabal.

Mpofu went in, hard: “First respondent (Mugabe) no longer makes key government decisions which are now being made by his wife and the G40. It is public knowledge that Mrs Mugabe went on a crusade against the country’s former Vice-President, Dr Joice Mujuru, telling everyone that she was to be ousted. In the event, she was. The decision was clearly not of the first respondent.”

In 2013, Uriri led a challenge against Mugabe’s election. The challenge was later withdrawn, but the court ruled on it anyway.

Given the current case, the reasons for the withdrawal are ironic. Uriri and other Tsvangirai lawyers, Alec Muchadehama and Tarisai Mutangi, filed applications seeking an order directing the Zimbabwe Electoral Commission (ZEC) to open ballot boxes from the disputed July 31st poll and to make available the voters’ roll.

“We need those materials to demonstrate beyond doubt that the election was improperly conducted, to demonstrate that the will of the people is not reflected in that election,” argued Uriri.

But the judge, Justice Chinembiri Bhunu, was upset. Among their papers, the lawyers had included a statement from Tsvangirai criticising the courts as biased. Bhunu accused Uriri and his colleagues of “bringing the integrity of the judiciary into disrepute” and recommended that they be prosecuted by the then Attorney General, Johannes Tomana.

In another little twist, Lewis Uriri and Mpofu worked together on a 2009 case representing Chegutu farmer Tom Beattie, who lost a farm to Matonga.

Mpofu was also the lead advocate in the infamous Zuva case in 2015, whose ruling allowed companies to dismiss workers on three month notice. Thousands of jobs were lost. In that case, Mpofu, under instruction from Innocent Chagonda, worked alongside Nelson Chamisa, now his client in the election petition.

While Uriri is defending Mnangagwa, he is also defending UZ Vice Chancellor Levy Nyagura, who Mnangagwa wants out of the university. Mnangagwa’s  Cabinet Secretary wrote recently to suspend Nyagura, while he is tried for illegally awarding Grace Mugabe a doctorate.

Twist; Thembinkosi Magwaliba, who is part of the Mnangagwa legal team in the election petition, is representing the UZ lecturers who want Nyagura fired.

In the courts at the moment is an intriguing case about tithes and prophecy.

A Harare couple, Upenyu and Blessing Mashangwa, sued Emmanuel Makandiwa, leader of the United Family International Church, because they say they paid the pastor $1.1 million in tithes and offerings but got no blessings in return.

In 2008, Uriri, a protégé of Tendai Biti, represented Biti in his 2008 treason trial. But years later, the two were on opposite sides. Biti represented Gideon Gono in a corruption case brought against him by Munyaradzi Kereke. In that case, Kereke was represented by Uriri.

Kereke was later tried and found guilty in a different case; raping an 11 year old relative. He was represented by Uriri in that case.

Biti, Mpofu and Uriri also sparred earlier this year against Uriri in a case on the validity of Constitutional Amendment Number 1, which allows the President to appoint the Supreme Court chief justice at will.

The Constitutional Court this entire morning heard full argument on the constitutionality of Constituional Amendment No 1 . It was a pleasure appearing with Thabani Mpofu , my protege Lewis Uriri and Advocates Madinde & Nzombe . pic.twitter.com/h3BZBbdGDE

In the past, Uriri has had to fight for his citizenship. In 2007, he won a case against Registrar-General Tobaiwa Mudede, who refused to issue Uriri’s chid a birth certificate, claiming Uriri was Mozambican.

Uriri was born in Zimbabwe but both his parents were born in Mozambique and migrated to this country before 1980. Uriri took Mudede to the cleaners, and set a legal precedence for many other Zimbabweans born outside the country.

Last year, Uriri stood for a group of men accused of attempting to bomb Mugabe’s dairy. The group claimed to be members of the defence forces on a secret mission. In that case, Tomana was accused of illegally releasing the suspects. It was Thabani Mpofu who then represented Tomana in the matter.

Uriri also represented Jonathan Moyo when he appealed to the Supreme Court, unsuccessfully, against the Zimbabwe Anti-Corruption Commission’s move to have him arrested for fraud over the case of allegedly misused ZIMDEF money.

There are more cases in which the two have met.

Recently, the Supreme Court referred back to trial a case in which Tomana and former ZRP chief Augustine Chihuri are facing a $400 000 suit for the unlawful arrest of a Harare lawyer, Mordecai Pilate Mahlangu.

The lawyer was arrested in November 2009 for submitting an affidavit saying a Mutare arms dealer Michael Peter Hitschmann, the State’s star witness in the treason trial of Roy Bennett, would not testify because he had been tortured.

The two have had similar clients at various times. Most recently, both Mpofu and Uriri represented Wicknell Chivayo after he was charged for defrauding the Zimbabwe Power Company of millions of dollars in a solar power contract.

In 2016, Mpofu was Chivayo’s lawyer in a case in which the businessman sought to have his 2005 money laundering conviction quashed. That’s the case in which it was discovered that Wicknell’s court record had gone missing.

Turn down for what?

Lawyers, and advocates in particular, don’t turn down a client when they come knocking. They call it the “cab rank” rule. And it’s not like the rule hasn’t made the duo two of the best paid in the game.

Uriri himself said it best in 2015, when it was rumoured that he and other lawyers had refused to represent Didymus Mutasa and other politicians who had been fired from ZANU-PF.

Uriri said he had never met Mutasa, but if he was approached – he could neither confirm nor deny that he had been approached – he insisted he had taken an oath to “represent all manner of people without fear or favour”. He added: “The duty of a lawyer is to take instructions from clients and act if there is no conflict.”

Want to know where Old Mutual is betting a lot of its money?