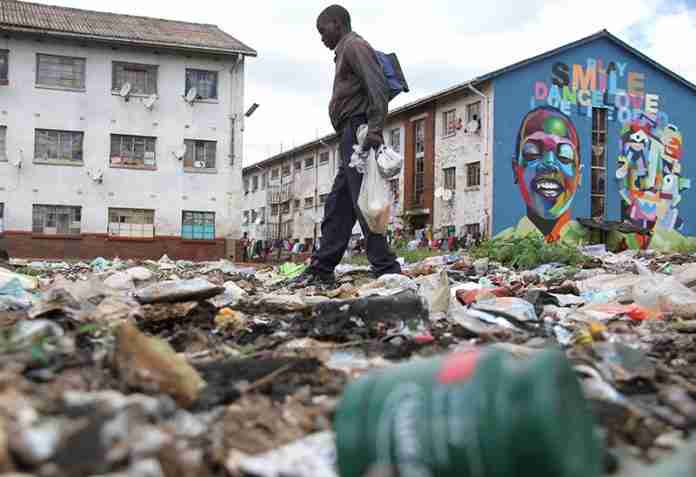 The stench of decaying rubbish fills the air around Euphrasia Mangwe’s house in the Zimbabwean capital, attracting hordes of green flies to the two plastic bins in the corner of her garden.

It is an irritation the 35-year-old mother of four has become accustomed to. The rubbish bins in her neighbourhood in Harare are supposed to be emptied once a week, but often they sit untouched for up to four weeks at a time.

So, Mangwe does what many other residents do. She waits until dark and then tosses her rubbish into an open space near her home.

“It is horrible having to live near garbage. That we are not sick is a wonder when we are always surrounded by mounts of waste,” she explained. “Waste collection is a basic right, the same as water. But not here.”

Constrained by a lack of fuel and funding amid the country’s worst economic crisis in a decade, local government is struggling to keep its cities clean.

So, the private sector is sweeping in to help with a new mobile-based solution.

To use the on-demand, “Uber-type” service, which launched in July, a customer schedules and pays for garbage collections through the Vaya Africa app, explained Clean City Africa CEO Lovemore Nyatsine.

Then one of the company’s more than 200 franchisees picks up the customer’s waste from their doorstep and takes it to one of the city’s landfill sites – instead of customers having to do it themselves or filling in an online form.

While Chideme at the HCC said the city’s waste collection shortfall has been ongoing since early 2018, many residents complained they have not had regular rubbish collections for at least the past five years.

Nyatsine said he first became aware of how acute the problem was during a cholera outbreak last year in Harare’s highly-populated suburbs of Glen View and Budiriro which left at least 50 people dead, according to the World Health Organization.

Officials said that the outbreak had been caused by burst sewer pipes that contaminated the city’s drinking water. The waste piling up around the city was exacerbating the health crisis, Nyatsine explained.

He was part of a team sent by telecoms giant Econet Wireless Zimbabwe to join other volunteers in trying to curb the outbreak by sweeping the streets, cleaning drains and picking up rubbish.

But once they were finished cleaning an area, it became clear that the council did not have the capacity to dispose of all the garbage they had collected.

“We realised it was not just a problem of the cholera-afflicted suburbs, but city wide,” Nyatsine said.

Working with local authorities and its franchises, the company can now cover more than 500,000 households in Harare and its suburbs, Nyatsine noted, and has plans to roll the service out to other cities in Zimbabwe by the end of the year.

More than 50 illegal dump sites have been shut down across Harare since the company launched, he added.

Kudakwashe Ncube, a resident of the suburb of Cranborne, said there has been a marked improvement in waste collection since the Clean City Africa initiative started.

He and his neighbours had tried other private waste management companies, he added, but they never seemed to have enough trucks to cope with Harare’s mounting waste problem.

“Some residents were looking for alternatives such as dumping in common areas … others were burning their litter in their yards, again polluting the environment.”

As for the local authorities, Harare city councillor Norman Makondo said they welcomed any help they could get from private waste collection companies, adding that they eased the pressure on the government.

“I’m happy to see companies like Clean City Africa come in, because they have the capacity to clean and collect garbage in (a) short period,” Makondo said.

“We could not keep up with collecting garbage.”

When announcing this year’s budget in December 2018, HCC spokesman Chideme told reporters the council would increase the amount it spends on water and sanitation, which includes investing in more rubbish trucks.

After collecting rubbish for free for the first few months of its operations, Clean City Africa now charges up to 28.50 Zimbabwe dollars per collection.

But Precious Shumba, head of the Harare Residents’ Trust, said that while he applauds the work the company is doing, he worries its service is “elitist”, granting regular waste collection only to people who can pay for it.

And many who cannot afford to pay for waste collection are signing up for private services and sacrificing other essentials because they feel they have no other option, he added.

“Many residents have enlisted for the service, but it does not mean they want it – they are simply desperate,” Shumba told the Thomson Reuters Foundation. “It is not sustainable.”

For Gamuchirai Beta, a resident of Mbare suburb, Clean City Africa’s success in cleaning up the city only highlights the local government’s inability to keep up.

The solution, she said, is for Harare council to wash its hands of waste collection and give the job over to the private sector.

“The (council) should privatise garbage collection,” she said.

“Their ‘once in a blue moon’ service is contributing immensely to the pollution of the city.” 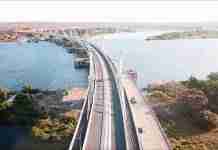 INSIGHT | What are the numbers from Zimbabwean retail companies telling us about the state of our pockets?

The grass vs the people: Chiredzi villagers ordered off their land to make way for major dairy project