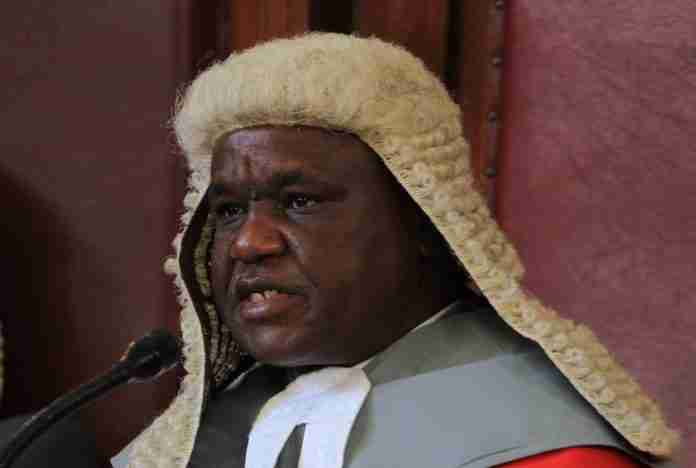 An inauguration will now be held on Sunday, as required by law.

A detailed ruling will be released in due course, said Chief Justice Luke Malaba, who heard the case together with eight other judges. The ruling was unanimous, with no dissenting judges.

The court ruled that Chamisa had failed to provide “clear, direct, sufficient and credible evidence that the irregularities that he alleges marred the election process materially existed. In other words, there was no proof of these irregularities as a matter of fact”.

In summary, this is what the court decided:

In his petition against the election, Chamisa had sought the court to have him declared the rightful winner of the poll or, alternatively, to set aside the election, which would have set off a fresh poll within 60 days.

In court, Chamisa’s lawyers detailed what they called widespread electoral fraud by the Zimbabwe Electoral Commission (ZEC), claiming it had inflated Mnangagwa’s vote tally by 69 000 and that its revision of the results was evidence enough that the election had been rigged.

But the court was not convinced that Chamisa had presented enough evidence to prove that he had won the poll or to show that ZEC’s errors were enough to set aside the election and call for another vote.

In his ruling, Malaba stressed that the burden of proof was on the applicant, Chamisa, but that his lawyers had only brought general accusations without any “particularity and specifity”. Malaba said the standard of that proof has to be beyond reasonable doubt, but Chamisa had failed to cross that threshold.

Chamisa, ruled Malaba, had time to approach the Electoral Court to seek a recount within 48 hours, as provided for by the law.

“He chose not to exercise this right,” Malaba said.

The MDC Alliance’s failure to produce V11 forms, which carry tallies from each polling station, was a major weak point in Chamisa’s case. According to Malaba, had Chamisa produced these in court, they would have provided the evidence he needed to prove that ZEC numbers were wrong. They would have settled arguments on voter patterns, improbability of similar votes and accuracy of any ZEC tally.

Chamisa’s case had made ZEC’s adjustment of results – the commission did so three times – the centre of its arguments, with lawyer Thabani Mpofu famously calling it the “fulcrum and pith” of the matter. But in a key decision, the Bench ruled that the winning threshold was the 50% plus one vote, and any adjustments above that threshold did not change the winner. Malaba said adjustments were in fact provided for in the law.

In court, lawyers and officials for Mnangagwa celebrated after the judgment was read out.

Earlier, Chamisa spokesman Nkululeko Sibanda had told the media that the party was confident of winning the court case, but raised concern that the Government appeared to be already preparing for an inauguration.

On Twitter, MDC said it would respect the ruling but pursue “all constitutionally permissible avenues”.

Our unstinting belief in the rule of law means we shall not only respect the verdict of the Bench but we shall also doggedly pursue all constitutionally permissible avenues to ensure that the sovereign will of the people is protected and guaranteed.

President Mnangagwa welcomed the ruling, saying it showed Zimbabwe had a free judiciary. He reached out to Chamisa.

I once again reiterate my call for peace and unity above all. Nelson Chamisa, my door is open and my arms are outstretched, we are one nation, and we must put our nation first. Let us all now put our differences behind us. It is time to move forward together. (4/4)

With no payment for its gold, RioZim suspends gold production – again