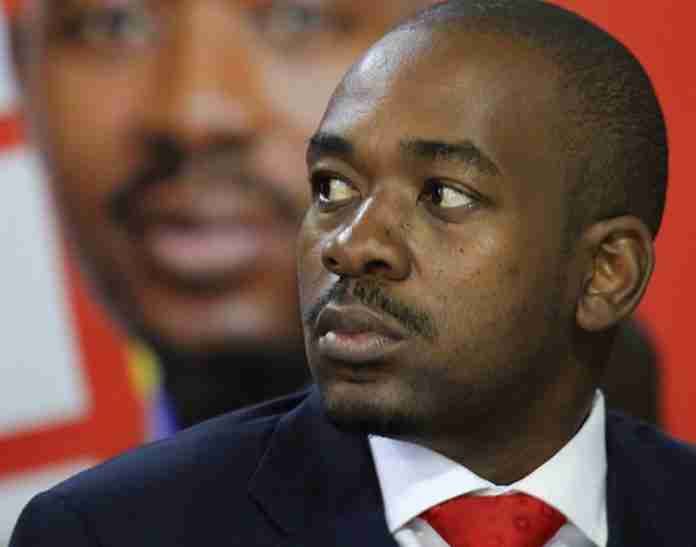 Nelson Chamisa’s MDC Alliance has rejected the Constitutional Court’s ruling upholding Emmerson Mnangagwa’s election win, saying the judiciary was “captured and not fit for purpose”. The party threatened mass escalation, in an escalation of the stalemate within just hours of the judgment.

In a statement, the MDC Alliance said the ruling was “a captured decision of the Constitutional Court to endorse a patently sham election and to entrench an illegitimate regime that used brazen subterfuge and brutal violence to steal the people’s vote”.

The party rips into the nine judges, who agreed unanimously that Chamisa had not brought enough evidence to overturn the poll.

“On objective grounds, today’s decision of the Constitutional Court against the 2.6m people who voted for President Nelson Chamisa and in favour of an illegitimate regime, whose leader clearly lost the presidential election, shows beyond reasonable doubt that our judiciary and our chapter 12 institutions are not fit for purpose,” the party said.

“They are not independent, not impartial and not transparent. In this vein, it is impossible for rational people—who are law abiding citizens—in a modern, constitutional democracy such as ours; to accept an irrational and unjust decision by a constitutional body that lacks requisite independence, impartiality and transparency.”
The party said remarks by VP Constantino Chiwenga, prior to the ruling, that Mnangagwa would remain president were “sufficient evidence that General Chiwenga was certain the judgment would be in his favour”.

The party said it would announce what it called a “vigorous programme of action in response to this electoral theft of the century.”

It warned: “Specifically, we are going to show Mr. Mnangagwa and the world that the peaceful masses have rejected him. They will never accept him. Our constitution is our shield and the rights expressed therein will be utilised to the fullest extent of the law.”

The belligerent statement came after more conciliatory reaction from the party, which had tweeted that it respected the judgment although it would use legal means to challenge for power.

As a party, we believe in the rule of law and we respect the verdict of the courts; more so the verdict of the people Zimbabwe who overwhelmingly voted for President Nelson Chamisa; for transformation; for opportunities and for prosperity

Party deputy treasurer Chalton Hwende had also tweeted that the party would accept the ruling with a “heavy heart” and seek reconciliation.

With a heavy heart we must accept the decision by the Constitutional Court as a law abiding party. We pray for peace and unity in our country. We all have just one country Zimbabwe. The people must have one vision and the people shall govern. Good night Zimbabwe

COLUMN | Stories from Dangamvura: Of disco fever, The Hitman, DJs, and a stolen...