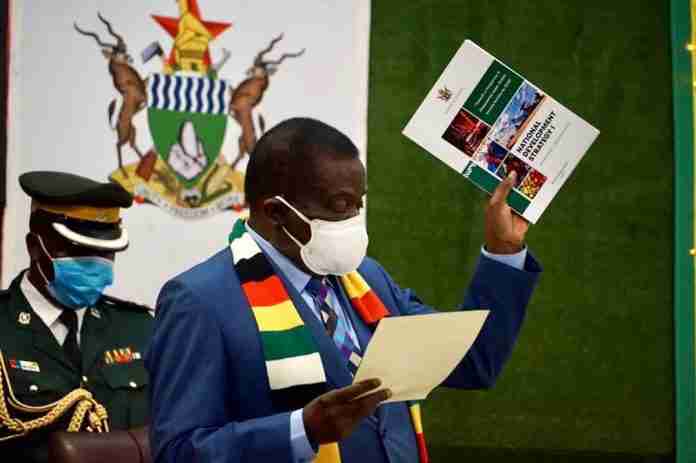 There is an increasing ambiguity when influential Zimbabweans debate their current government’s macro-economic policies.  This is probably because they do not have structured differences with its neoliberal/free market/ease of doing business thrust.

Ordinary Zimbabweans are not so ambiguous in their own debates and discussions.  From general observation, they remain highly sceptical due to issues such as allegations of corruption or their own political biases as they relate to internal ZANU PF or mainstream opposition factions and formations.

There is however nuanced comments on issues to do with infrastructure development, particularly where it concerns roads, bridges and state owned buildings or monuments. It is something that points to President Emmerson Mnangagwa’s keen eye on some sort of eventual ‘performance legitimacy’ putting paid to his vociferous detractors, especially as they emerge intermittently on social media.

Mnangagwa’s economic blueprint for the next five years (2021-2025) is referred to as the National Development Strategy number one (NDS1), launched on 16 November 2020. There is an assumption that there will be NDS2 as we head toward what they refer to as a “middle income economy” by 2030.

The caveat is that he wins the next elections scheduled for 2023, and that all national annual budgets, including the recently presented 2021 budget, should be read within the overall ambit of NDS1.

(For an overview of the key issues in the 2021 Zimbabwe projected national budget you can read here.)

It still remains important to analyse the priorities of Mnangagwa’s anticipated and desired performance legitimacy over the next five years.

Priority number one is clearly pandering to the whims and intentions of private capital, and this is outlined in the NDS1 document which states:

“The 2021 -2025 Macroeconomic Framework is premised on the adoption and swift implementation of bold strategies, policies and programmes aimed at achieving economic transformation. This will be done through the creation of a thriving private sector-led competitive economy, implementation of sound macroeconomic policies anchored on fiscal discipline, monetary and financial sector stability including enhancing an open business-friendly environment, which promotes both foreign and domestic investment.”

You could easily refer to it, as has been done in the global north, as a ‘socialism for the rich’, wherein the intention is to make it as easy as possible for global (East or West) private capital to do business in Zimbabwe, particularly in mining, agriculture, energy and telecommunications/digital companies.

In tandem with this first priority would be a second one which is referred to in Section 94; the re-engagement of the international community (again read as global private capital).

The key principle of this international re-engagement is the sanctification of private capital and property. Regardless of its nefarious colonial history of dispossession and eventual profiteering motivated globalisation. In perpetuity. (Crosscheck Thomas Piketty’s most recent book “Capital and Ideology”)

Reading between the lines, though it is not directly mentioned, there is an intention to then arrive at priority number three; ‘performance legitimacy’. This being the assumed ‘trickle down effect’ of neoliberal economics.

As highlighted earlier, this begins with the pursuit of a massive infrastructural development or rehabilitation programme. This includes some of those currently underway with regards to roads (some which urbanites like me do not know of), airports, Parliament, power stations and hospitals.  What the public eye can literally see is what it will appreciate.  Hence social media has been slightly agog at the Harare-Masvingo-Beitbridge road rehabilitation project or even the new Parliament building in Mazowe.

This infrastructural development has the end effect of demonstrating a ‘man at work’ persona for Mnangagwa, and he knows this.

Through this, he however is ensuring the creation of a local private capital investment or, for lack of a better word, a ‘mafia’ that not only sees business opportunity but also understands that once in, they are all in this together with the current government.

It then becomes an elite state-local business and private capital pact about how if ‘you look after me, I will look after you’.  And this is the trend in global superpower countries wherein the revolving door between state and private capital is not only regular but is an establishment or oligarchy on its own.

Included in this is a pact with former white commercial farmers that are now scheduled to be compensated for the ‘infrastructural developments’ they undertook on land that in the majority of cases was acquired during the period of Rhodesian settler colonialism.

And a fourth priority becomes one in which there is the elevation of public-private partnerships for social service delivery.  The key issue being that these services – such as health, transport, water, energy, education, media and broader social welfare – can be achieved in tandem with the profit motivated interests of private capital.  It accedes to and recognizes the fact that its latter-said profits will come from state capital.

“they in all likelihood silently and secretly agree with nds1”

But let us go back a little bit to conversations on the national political economy of Zimbabwe under Mnangagwa’s government.  Many neoliberal economists, civil society activists and political actors are finding it difficult to fault the NDS1, except on the basis of implementation and allegations of corruption at various levels. In other words, they in all likelihood silently and secretly agree with it.

I personally disagree with it in relation to its ideological premise of setting up a free market framework for a ‘socialism for private capital’.

The reasons why some would want it to succeed is not so much politically partisan on either side of our political divide.  It is regrettably mainly about recognition, and a return to what Mnangagwa himself has referred to as ‘normalcy’ in international economics and private capital.

The primary question and competition is only about who in post-Mugabe Zimbabwe, achieves this under the judgmental gaze of private capital.

We will build a house in 12 hours: Lafarge CEO’s big 3D-printed house plan

OPINION | RBZ blocked Seed Co’s international plans. Here is why this was the...

The latest IMF statement on Zimbabwe