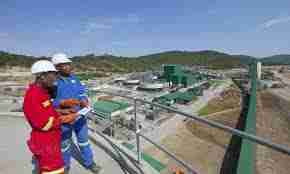 The processing plant has been under consideration since at least 2014. The project may cost $134 million, according to previous reporte.

Zimplats, Unki PGM Mine and Mimosa Mine have “come up with a joint plan to set up a base metal refinery,” Chitando said in an interview on Friday. He declined to provide further details as a feasibility study has yet to be carried out on the project.

Zimbabwe has the world’s second-largest reserves of platinum, which occurs with base metals including nickel and copper.

With no payment for its gold, RioZim suspends gold production – again