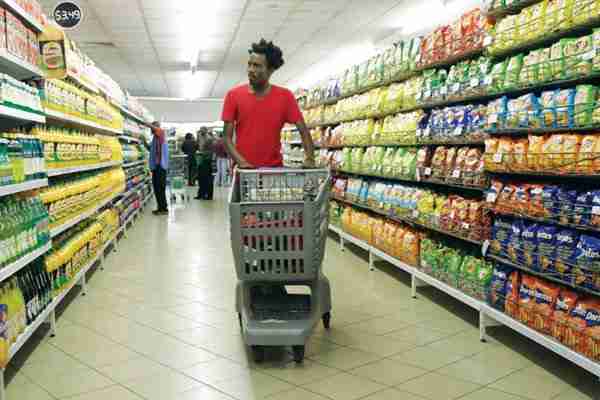 Zimbabwe’s inflation rate sped up by 1.38 percentage points to 4.29 percent in July, latest official data shows, the highest level in over six years.

The July 2018 figure is the highest inflation rate since February 2012, when it stood at 4.3 percent.

A separate report this week, by the Consumer Council of Zimbabwe, showed that the family shopping basket was up by $6.99 to $598.04 in July 2018, driven mostly by higher fuel costs and an expected hike in civil servant salaries.

Government recently awarded its workers a 17 percent pay hike, after facing a damaging strike by public health workers. This is seen driving up Government’s wage bill and overall expenditure.

Government spending outpaced revenue by $225 million in the first quarter of 2018, up from $183 million last year.

The Mnangagwa administration says it is targeting a $700 million budget deficit this year, after overspending by $2.5 billion in 2017, the equivalent of 14 percent of gross domestic product. Government spent $ 1.385 billion in the first quarter, against a target of $1.112 billion.

Prices are expected to rise further on the back of premiums of up to 70 percent for the US dollar on the black market. Dual-listed stocks are also trading at a premium on the Zimbabwe Stock Exchange relative to other markets, suggesting real inflation rates may be higher than officially measured. Old Mutual shares currently cost 147 percent more on the ZSE than they do on the JSE.

The SADC Region registered annual inflation of 9.1 percent in May 2018 compared to May 2017, as measured by the region’s Harmonised Consumer Price Indices (HCPI). Inflation in South Africa, Zimbabwe’s main trading partner in the region, rose to 4.6 percent in June from 4.4 percent in May.

OPINION | Fighting for luv: A look into the precedent-setting Chicken Inn v. Chicken...

A small African country banning all lithium exports? Not quite. Here are the facts...