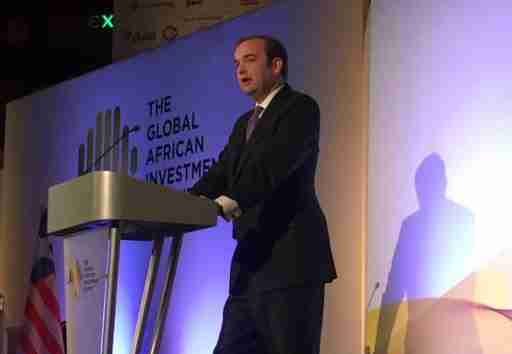 Two years ago saw a dark period for Zimbabweans. Over a two-week period in January 2019, 81 people were treated for gunshot wounds, with 17 losing their lives.

Independent reports are clear that this terrible violence, together with the deaths of six protesters in the August 2018 post-election violence, came at the hands of the very people who should be protecting Zimbabweans – the state security forces.

And yet, despite the independent commission set up to investigate the August 2018 violations and calls to prosecute those responsible, to date no one has been held to account for these, or the subsequent serious violations of human rights on the streets of Zimbabwe.

On Monday, the UK is stood up for human rights and the Zimbabwean people, by announcing sanctions against four security chiefs for their roles in the violence, loss of life and human rights violations that took place in Zimbabwe in August 2018 and January 2019.

Travel bans and asset freezes mean these four security officials will not be able to freely enter the UK, channel money through UK banks, or profit from the British economy – an important deterrent for those who seek to violate and abuse human rights.

It is important to note these measures are being taken against individuals, not against Zimbabwe as a country. These four people are responsible for egregious human rights violations against their own people and in defiance of their own Constitution. The sanctions against them are not intended to damage the wider economy, nor the people of Zimbabwe, and they are certainly not designed to hold Zimbabwe back.

A more peaceful, prosperous, and democratic Zimbabwe is in all our interests. Sadly, the repercussions of an unstable, economically mismanaged Zimbabwe, beset by corruption, are being carried by ordinary Zimbabweans – and are being felt across the border in South Africa and throughout the region.

The UK is one of the largest bilateral aid donors to Zimbabwe.

In 2020/21, the UK is providing US$175 million in aid to Zimbabwe focusing on reducing poverty, humanitarian assistance, standing up for human rights and the rule of law and supporting Zimbabwe’s recovery from the Covid-19 pandemic. This aid is delivered through trusted partners, rather than directly through the government of Zimbabwe.

We stand ready in friendship to support the Zimbabwean government if it can fully embrace the reforms its president committed to more than three years ago. We will continue to support the people of Zimbabwe.

Sanctions against individuals are a powerful tool for holding those responsible to account and to encourage governments to meet their international and domestic obligations. They do not deter investment into a country.

UK investors repeatedly tell us that three key things prevent them from investing in Zimbabwe: concerns about the poorly managed currency; concerns about arbitrary property rights and concerns about the legal system. These areas can all be improved through genuine political and economic reform – and with greater investment, the economy can be rebuilt for all Zimbabweans.

10 December 2020 marked the 72nd anniversary of the adoption of the Universal Declaration of Human Rights. This landmark moment protected our rights to peaceful assembly, to freedom of thought and to equality. This anniversary is a useful reminder of how far we have collectively come since 1948, but also the lengths we must go to protect human rights, democracy and the international rule of law.

Zimbabwe has made binding international commitments to adhere to the standards laid down in this historic document.

In 2013, its population agreed to a constitution with a strong declaration of rights. In 2017, President Emmerson Mnangagwa committed to reforms to bring legislation and practice in line with Zimbabwe’s constitution. This is encouraging. But sanctions will be retained as long as the human rights situation in Zimbabwe justifies them.

The UK is committed to supporting Zimbabwe’s long-term success. But the onus is on the Zimbabwean government to show it is willing to take steps to make the critical political and economic reforms the country needs. This includes taking a different approach to upholding constitutional rights and tackling corruption than in the past.

Until then, we will not shy away from defending human rights. We will continue to work alongside our international partners as a global force for good, dedicated to fostering more resilient and just societies.

BOOKS | ‘How Mujuru’s mystery death deepened my resolve to tell his story’: A...