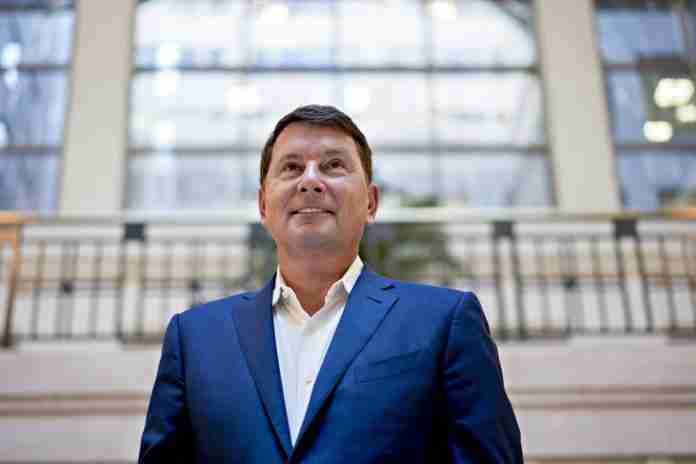 Since setting up in Washington after 2016, lobbyist and PR strategist Brian Ballard has raked in millions from over 200 clients desperate to get on Donald Trump’s good side. Now, Zimbabwe, battling to heave off US sanctions for almost 20 years, has joined the queue.

According to filings in the US, Zimbabwe has hired Ballard Partners to represent it in Washington, in a deal worth $500,000 a year.

Brian Ballard is a top fundraiser for President Donald Trump’s campaigns and has been described as one of Washington’s top lobbyists. Brian Ballard will counsel Zimbabwe on “communication with U.S. government officials, U.S. business entities, and non-governmental audiences,” according to a disclosure filing.

“In as much as the government of Zimbabwe has been denied access to international financial institutions and been under intense diplomatic pressure from Western countries, it shall be the main objective of the firm to encourage a re-examination of Zimbabwe by the State Department with a view to establishing the best possible bilateral relationship with the United States and facilitating the restoration of Zimbabwe’s membership in good standing in the community of nations,” the firm’s contract states.

Just this week, Trump signed the extension of sanctions against Zimbabwe, under an executive order that was first enacted in 2002. In addition to this sanctions regime, America also has in place ZDERA, which places strict conditions on Zimbabwe for resumption of economic cooperation with the US.

It’s not the first African contract for Ballard, who has also worked for the government of Mali and opposition political parties in Congo and Nigeria.

James Rubin, a former State Department official in the Clinton administration who will be the lead lobbyist for Zimbabwe, said the firm’s lobbyists thought carefully before agreeing to work for the country, which was ruled for decades by Robert Mugabe before he was deposed in 2017.

While the country’s new leadership isn’t perfect — the government cracked down violently on demonstrators in January — “it is far, far better than Zimbabwe’s government was under Mugabe,” Rubin said.

Ballard Partners will work to secure Zimbabwe, which remains under U.S. sanctions, with a fair hearing from “an administration in which Africa is not the highest priority,” Rubin said. Better relations with the U.S. might also “encourage Zimbabwe not to turn to China or Russia,” he said. “I’d rather they work with us than with the Chinese who don’t care at all about human rights” or democracy, he added.

Foreign Affairs Minister SB Moyo signed off on the contract on behalf of Zimbabwe, according to the filing.

Zimbabwe and US lobbyists

The last time Zimbabwe hired US lobbyists, it ended with two American men being tried in Chicago for illegally lobbying for President Mugabe. It was reported the lobbyists had been promised $3.4 million.

In 2013, the MDC also hired US lobbyists to represent its interests in Washington, taking on Sanitas International to lobby for the party.

Among Ballard’s clients are Atiku Abubakar, the Nigerian opposition leader. Atiku is paying $1.1 million a year for the contract. Ballard also represents major US firms such as Uber, Amazon and Sprint.