Economic prospects may be uncertain in Zimbabwe, but the beer is flowing.

According to Delta, the country’s biggest brewer and beverage manufacturer, sales volumes were up across all its products in the six months to September, showing recovery from a lockdown-hit 2020.

Zimbabweans drank 57% more beer than they did over the same period last year, the company says in an update. This was due to better pricing, says Delta. Prices could even be lower in US dollars, the company says.

“Price increases were less frequent and lower, in line with falling inflation. There are opportunities for traders to moderate pricing in foreign currency which remains above recommended levels,” Delta says.

Sorghum beer volumes rose by 68%, despite lockdowns that shut down bars and limited supplies to rural markets. The bad news is that the cost of imported packaging and fuel is putting pressure on prices. The good news, though, is that Delta is increasing production capacity for the brew.

Delta is also selling more fizzy drinks. Volumes went up 95%, as the company clawed back market share from competitors such as Pepsi distributor Varun through lower prices. Buying Mutare Bottling Company from Econet has also opened up the Manicaland region for Delta, further boosting sales.

In terms of spirits and ciders, Afdis sold 66% more in the half-year. Wines, which suffered after restaurants shut down in the lockdowns last year, recovered by 88%.

Spirits were up 34%, but the unit faces the threat of cheap imports.

Sales at Schweppes grew by 37%, helped by better supplies and the return of the Minute Maid Juice brand.

While sales are up, Delta is sounding a word of caution. The government’s forex policies, the company says, have dented the confidence that had been growing in the early part of the year.

“The disparities in market exchange rates and the skewed allocations of foreign currency to certain market players has distorted pricing, thereby creating an uneven playing field and a fertile ground for arbitrage opportunities,” the company warns.

What Delta calls “certain market players” is likely Varun, its main rival. The company had by September received US$24.6 million from RBZ’s forex auction, while Delta’s forex access remained limited.

Delta sees consumer spending remaining firm due to better harvests, but it is concerned about the lead-up to elections.

“The Zimbabwean operating environment is expected to remain complex as the country begins to focus on the 2023 general elections in the circumstance of difficult economic policy choices.” 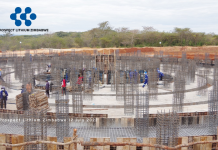 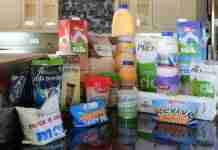