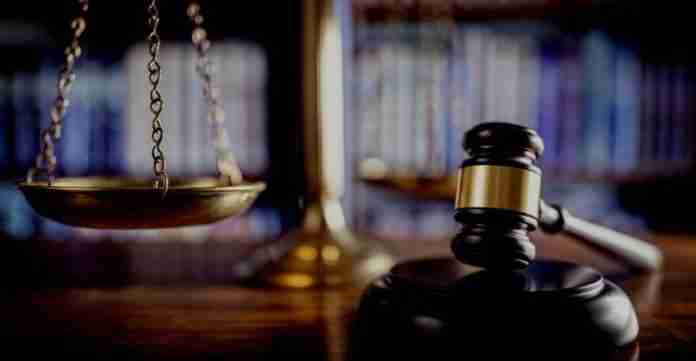 “If you make 10,000 regulations you destroy all respect for the law.” ~Winston Churchill

A few readers have asked me to write on statutory instruments. We hear about them quite regularly and, in some cases, they change our lives drastically.

In order to address the issue of statutory instruments, let’s start with the hierarchy of laws.

The supreme law of the land is the Constitution. This single, powerful document expresses in rather broad terms, our rights, duties, and obligations as a country and citizenry.

From the Constitution, we come down to the Acts of Parliament, the main laws that give the effect to Constitution in greater detail and covering a whole host of issues that govern our daily lives.

Finally, we get to the Statutory Instruments (SI) that spell out in almost minute detail, how certain elements of the Acts are administered. It is here where our focus lies in this article.

In my introductory article, What it All Means, I defined an SI as the regulation that details how the intricate workings of an Act and its provisions actually work. It allows the provisions of the Act to be implemented, or sometimes changed, without Parliament having to pass a new Act. They are issued by the Minister who’s in charge of administering the Act.

“Parliament may, in an Act of Parliament, delegate power to make statutory instruments within the scope of and for the purposes laid out in that Act, but—

Legislative powers may be delegated for the following main reasons:

Statutory Instruments serve a number of purposes but they are categorised into four main groupings.

Regulations: These are the bulk of SIs issued by Ministers for the purposes stated in the enabling Act.

By-laws: These are laws made by local authorities to regulate conduct within their jurisdiction.

Proclamations: These are made by the President for purposes of announcing the dates he has set for example, for elections or opening and closing sessions of Parliament or to announce that a certain local authority has acquired a higher status.

Rules: These are mainly issued by the Courts to regulate conduct within them and facilitate their operations.

In 2019, the number of SIs in each category were as follows:

By-laws – multitudes of them

Of the over 400 Acts currently on the statutes, the largest number of regulations exists under the Urban Councils Act as by-laws governing the operations of each and every urban area in Zimbabwe. This is closely followed by those under the Rural District Councils Act.

These by-laws are designed to address all major areas of local authority management, but they also tend to be outdated. (Click here to read my previous article on the subject)

Over the past few years, there has been much controversy regarding the use and implementation of SIs as a means to circumvent Parliament’s law-making powers.

This controversy stems, primarily, from the very liberal use of the Presidential Powers (Temporary Measures) Act (PPTMA). The PPTMA, empowers the President to make temporary regulations lasting a maximum of six months to address an urgent situation for which no other existing piece of legislation exists. An urgent situation includes areas of defence, public safety, public order, public morality, public health, the economic interests of Zimbabwe or the general public interest.

In the past three years, the PPTMA has been used to usher in significant changes to our economy. Some of the major regulations have included:

While all of these instruments have since been made substantive laws by Parliament, the manner in which they were introduced has been far from ideal. The use of “Temporary Measures” has, in some circles, been described as going beyond the powers granted by the Constitution.

(Click here to read ‘Mthuli – King of the Last Minute’)

Further controversy has been stoked by other hastily drafted SIs by the Minister of Finance, such as;

These SIs, again, exceeded the Constitutional power granted to the Minister. This problem now arose from the misalignment of many existing laws with the 2013 Constitution. While the SIs were also made substantive law by Parliament, the process has been criticised by a High Court judge (See Mthuli – Playing Fast and Loose with the Law).

As you may remember from previous articles in this series, it is the Parliamentary Legal Committee that must review all legal instruments before (and after) they are passed to ensure that they are in line with the Constitution and/or the Acts under which they are made.

It would appear that the committee has been doing a rubber-stamping exercise on all our Statutory Instruments and declaring them to be “kosher”, only to be shown their error by the courts.

Law-making is the preserve of Parliament, and it is on that basis that the separation of powers is premised. Statutory Instruments are to provide guidance and clarity, not a backdoor route to changing the law without proper authority.

We need stronger MPs who are not afraid of going against the party line for the good governance of the country.

The views expressed in this article are the author’s personal opinions and should in no way be interpreted to represent the views of any organisations that the he is associated or connected with. Feedback is greatly encouraged in the comments section below

OPINION: Eddie Cross on budget – Mthuli too conservative on currency, Mangudya ‘out of...

OPINION | Zimnat analysts: This is how Govt’s new forex laws may reverse its...