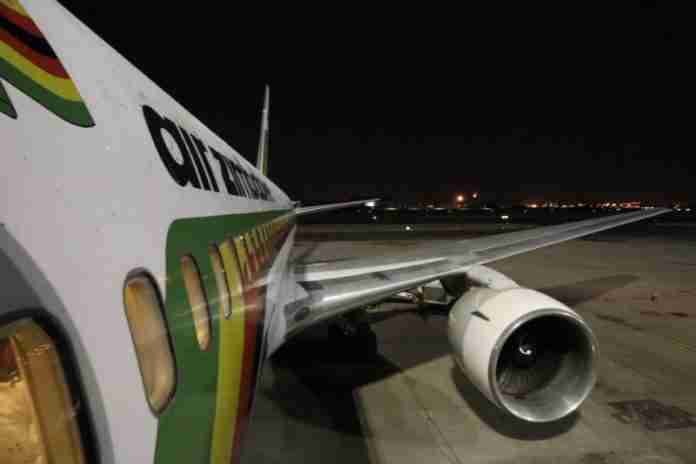 Finance Minister Mthuli Ncube hopes to speed up his stalled privatisation plan this year, but a failure by Air Zimbabwe to secure credible investors is a reminder that old parastatal debts may keep his ambitions grounded.

Air Zimbabwe administrator Reggie Saruchera announced Thursday that all bids received from potential investors for the crippled airline had been rejected.

The airline was placed under administration in October 2018, and opened a tender for new partners a month later. However, no quality investors made bids.

Instead, Saruchera says, Government must work on dealing with Air Zimbabwe’s debts.

“A process to solicit for a strategic partner or investor was undertaken but none of the parties that expressed interest and submitted investment bids were successful. The administrator appeaised the Government through the Ministry of Transport and Infrastructural Development of the need to continue with its drive to re-capitalise the national airline and attend to the pre-reconstruction legacy debts,” Saruchera said in a statement on Thursday.

It was reported last year that Air Zimbabwe owed the Civil Aviation Authority of Zimbabwe Z$44.8 million for provision of airport and air navigation services, dating back to 2009. The National Handling Service is also owed Z$24 million for passenger and cargo handling.

This is not the first time that Air Zimbabwe has failed to win investment. Ethiopian Airlines rejected Air Zimbabwe over its long list of creditors, former Transport Minister Joram Gumbo said in 2018.

According to Saruchera, Air Zimbabwe hopes to lease out the two long-haul Boeing 777 planes, pending reintroduction of direct flights to China and London.

“Proceeds from the lease of the aircraft will be applied towards the acquisition of additional narrow bodied aircraft, which will help strengthen the domestic and regional network,” he said.

Operation of the smaller Embraer, delivered in April, was delayed by certification processes. The first stage of the required authorisations, which allow Air Zimbabwe to access FlyEmbraer software, back-up manuals and fly the plane, was cleared early February.

“Work is underway to facilitate the training of flight crew and line maintenance engineers. The aircraft is due for a C-Check this February 2020 and we anticipate to have the aircraft operational by the beginning of the second quarter of 2020.”

The 737-200 is expected to resume flights in March after a D-Check.

But, even with new planes, Zimbabwe needs to settle the airline’s debts, Saruchera cautions.

“As we operationalise the equipment referred to above, we are engaging the Government of Zimbabwe to deal decisively with the pre-reconstruction legacy debt. This will enable the administrator to settle with all creditors and remove Air Zimbabwe from reconstruction.”

Ncube, under his Transitional Stabilisation Programme reform plan, had set a December 2020 deadline to complete the sell-off or part-sale of up to 35 state companies. However, no sale has gone through.

The failed Air Zimbabwe deal is repeated elsewhere in the privatisation plan.

An attempt to sell state mines held under the ZMDC was aborted in 2019 after good buyers stayed away.

In telecoms, initial interest by Telkom, the South African operator, to invest in state-owned telcos went cold over  legacy debts. Government plans to sell its telecoms assets, which could raise US$350 million.

But TelOne, the fixed line operator, holds legacy loans of US$384 million, some of which were inherited from the 2000 unbundling of the Posts and Telecommunications Corporation.

Government has pushed old debts onto the taxpayers’ shoulders. In 2018, government assumed Ziscosteel’s $500million debt, while TelOne and Air Zimbabwe recently said they want government is to pick up their debt.

However, Ncube refuses to automatically take up parastatal debt before privatisation, saying the companies first need to account for the debts.

“It can’t just be automatic debt assumption, there has to be a process and not all parastatals would require debt assumption; some of it should be left in there,” Ncube said last year.

“That is why I always say automatic debt assumptions are not good finance, they are actually bad finance. Good finance says that the debt, not necessarily 100 percent, but at least part of it should stay on the balance sheet of the company; it is a disciplining mechanism on the management of the company.”

OK: Most sales are in Zimdollars, H1 volumes down 27% as incomes take hit