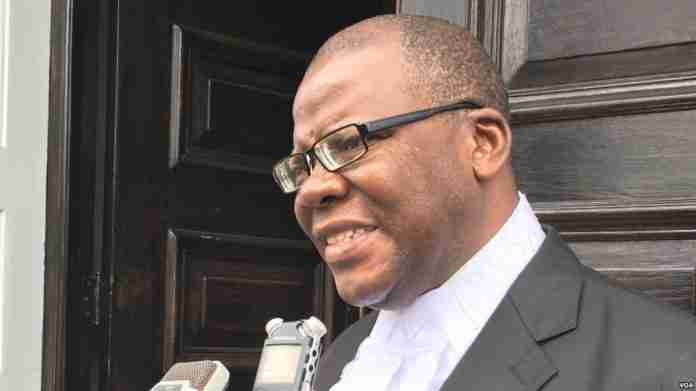 Harare magistrate Gloria Takundwa ordered Biti to pay a $200 fine, or face week-long imprisonment should he fail to pay the fine. She also slapped a six month jail term on the former finance minister, which is suspended for five years, provided he does not commit a similar offence.

Takundwa said the prosecution had proved that Biti declared and announced that MDC-Alliance presidential candidate Nelson Chamisa had won the election before the Zimbabwe Electoral Commission made an official announcement of the election results, violating Section 66A of the Electoral Act.

Biti’s case drew the attention of a US Congressional committee, with former Arizona Senator Jeff Flake, who co-sponsored amendments to the Zimbabwe Democracy and Economic Recovery Act (Zidera) sanctions law last year, calling on the opposition leader’s charges to be dropped.

The MDC Alliance deputy chairman’s conviction also brings to a close a case, which started with his dramatic but brief escape to Zambia, which denied him asylum.

In terms of Zimbabwe’s Constitution, there are 14 instances in which an MP’s seat can fall vacant. These range from the dissolution of Parliament, appointment to the Vice Presidency, to conviction.

“If the Member has been convicted of an offence under the Electoral Law and has been declared by the High Court to be disqualified for registration as a voter or from voting at any election.”

The supreme law also provides an appeal against any conviction by an MP extends their tenure in Parliament, until the finalisation of the appeal.

Section 129 (2) states: “A Member referred to in subsection (1)(i) who has noted an appeal against his or her conviction may continue, until the final determination of the appeal, to exercise his or her functions as a Member and to receive remuneration as a Member, unless a court has ordered that he or she should be detained in prison pending the outcome of the appeal.”

Biti, a prominent lawyer who first entered Parliament in 2000, looks set to hold his position as both his conviction and sentence do not warrant his removal in terms of Section 129 of the Constitution.

OK: Most sales are in Zimdollars, H1 volumes down 27% as incomes take hit