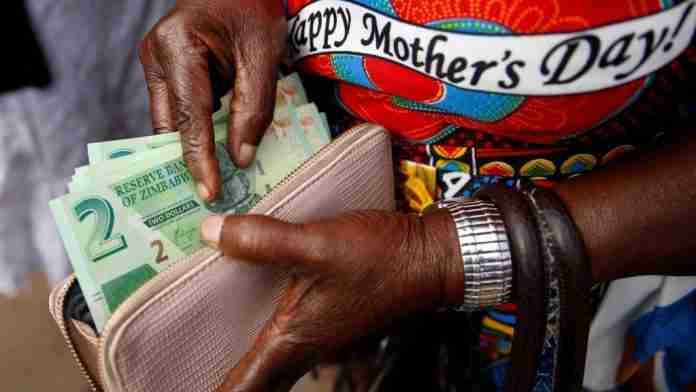 On Wednesday, Finance Minister Mthuli Ncube admitted what the authorities have studiously refused to acknowledge – the interbank forex market is not working.

“Zimbabwe has had no transparent and effective foreign exchange trading platform for a long time. Consequently, official rates have not been effectively determined, while a thriving parallel market has developed,” Ncube said, before announcing a shift  from the controlled, dysfunctional interbank forex market to a managed float.

Here, newZWire looks at what the new policy entails.

Early reactions to Ncube’s policy announcement panned the introduction of the Currency Stabilisation Task Force, which follows the setting up of a similar committee for mealie meal in January.

In fact, this year alone, the government has set up task forces on road rehabilitation and another on the implementation of priority development projects.

Now, the currency crisis gets its own task force.

Although both men deny tensions over different approaches, Ncube is reported to have grown frustrated by Reserve Bank governor Mangudya’s ponderous gradualism and interventionist instincts.

The Currency Stabilisation Task Force, to be chaired by Ncube himself with members drawn from the Monetary Policy Committee and Presidential Advisory Committee, will essentially take over the role of the central bank and emasculate Mangudya.

The taskforce will meet at least once a week to review the conditions in the markets, and monitor the behaviour of key variables such as the exchange rate and inflation, Ncube said.

These are the basic functions of a central bank. The fact that a taskforce headed by Treasury will now perform this role is a significant vote of no confidence in Mangudya’s central bank.

What is a managed float?

Since the introduction of an interbank foreign currency market in February last year, the central bank has exercised control over forex trading.

By Ncube’s admission, this system was neither transparent nor efficient.

Now, the government has adopted a managed float, to allow banks, as market makers, to determine the exchange rate.

While some see the term “managed float”, as a contradiction, it is an exchange rate management system used by many central banks around the world.

Even in cases where exchange rates are officially said to be fully floated, central banks do intervene to manage the rate especially when there are external shocks.

According to the IMF’s Annual Report on Exchange Arrangements and Exchange Restrictions, as at 2018, only 16.1% of its members had a completely free floating exchange rate. The rest have either managed floats, as Zimbabwe now has, or various levels of control.

Even then, the IMF says under this free floating system, “intervention occurs only exceptionally and aims to address disorderly market conditions”.

Essentially, a managed float, which some call a “dirty float”, has the characteristics and benefits of a free floating currency regime. However, a central bank can intervene to manage sharp spikes in the exchange rate, mostly by buying or selling currency on the market.

But to do this, the central bank needs forex reserves, which the RBZ currently does not have. In 2019, foreign direct investment fell 60%, while the outlook is that Zimbabwe will this year earn less from its major forex earners, gold and tobacco.

This means that RBZ will not have the forex it needs to intervene to support the local currency, as central banks do under a managed float system. This will be compounded by the collapse in market confidence in the local currency.

What does the Reuters forex trading platform do?

This is one of many systems which provide a platform to trade foreign exchange. The Reuters system was designed to allow clients, using private networks, access to forex price makers as well as information on other asset classes such as stocks, bonds and commodities. Through the system, forex dealers can place orders and interface with other dealers.

One of the criticisms of Zimbabwe’s current forex trading system is that, due to the dysfunctional interbank market, banks have been matching individual clients with holders of foreign currency in an opaque system.

The authorities hope that the Reuters trading platform will help increase transparency in the forex market.

This is one part of the new exchange rate system that will hit your pocket the hardest.

Before this, the central bank was funding the importation of fuel and other key commodities such as grain through the use of letters of credit – essentially guaranteeing the imports.

Given the widening gap between the interbank rate, at which fuel imports are executed, and the black market rate at which much of the fuel demand is priced, the continued use of these letters of credit have been really a huge subsidy on fuel. Last year, Zimbabwe imported US$1.2 billion worth of fuel, according to central bank figures.

Following Wednesday’s change, the use of letters of credit will be wound down gradually, with fuel importers now having to raise funds on the re-configured interbank market.

While the letters of credit are being wound down, they will be issued at the daily interbank market.

This effectively means fuel prices will now be closer to the exchange rate established under the new forex regime. In short, you will now pay market price for fuel, which could be way more than what you are currently paying for now.

Currently, fuel prices are at levels of around US$0.50, well below the import price.

This applies also for other commodities. Should the official exchange rate depreciate rapidly from current rates of 18.26 to the US dollar, as is most likely, prices would also rise.

These are to be liberalised. There will no longer be a cap on bureaux de changes’ capacity to finance importers. They will be able to trade in forex, within the 5% band of the average daily forex rate.

Bureaux de change will be required to have a minimum float of US$20,000.

Currently, gold producers get an ‘incentive’ of between 10-25% in Zimbabwe dollars. This scheme will now be terminated, once the new market takes off.

When will all this happen?

According to RBZ governor Mangudya, the new system starts on Thursday, 12 March 2020. The central bank met bank executives on Tuesday, 10 March, and agreed on market modalities, he said.