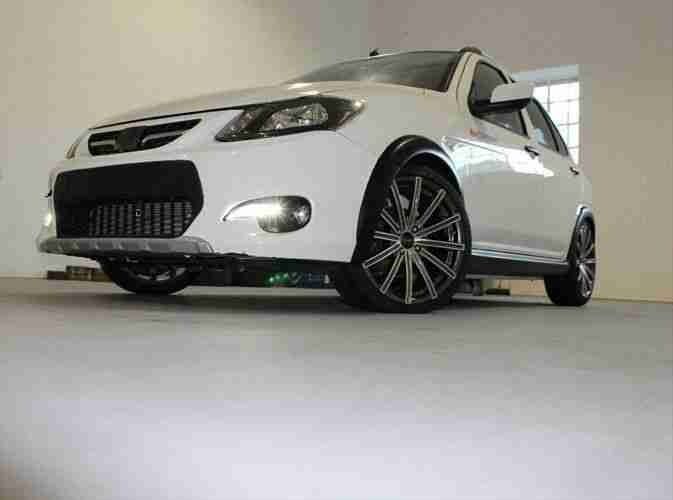 Mureza Auto Company, an African car brand, plans to expand production from its plant in the Rosslyn business park outside Pretoria, to the Willowvale Assembly Plant in Zimbabwe and later the former Hyundai Plant near Gaborone in Botswana.

The brand makes its debut at the Automechanika car show in Johannesburg this month and plans to initially assemble and distribute Iranian developed vehicles in Southern Africa through a joint venture with the SAIPA Group (Société Anonyme Iranienne de Production Automobile as registered in French) based in Tehran. Mureza is unveiling its first model, a hatchback called the Prim8.

Mureza Auto Company is funded by financiers in the UAE and has a joint venture with the SAIPA Group for platform-sharing and the supply of components, the company said in a statement. The company plans  to eventually design and manufacture vehicles in Africa.

The Prim8 will initially be assembled from semi knock-down kits in Rosslyn, near Pretoria, and later at the Willowvale assembly plant in Harare and at the former Hyundai plant in Botswana.

Mureza CEO Tatenda Mungofa from Zimbabwe, who is part of a group of Africans from different countries who are driving the project, said the models will be sold through used-vehicle outlets supported by online selling, instead of setting up new-car franchised dealerships.

“SA is seen as the hub of the automotive business in Africa and it is for this reason that we are using this country as our headquarters and first assembly plant,” said Mungofa.

Thulisa Sosibo, co-founder of the company, says the Prime8 will go on sale in South Africa the first week of December.

The state-owned Industrial Development Corporation (IDC), in notices published in the press back in May, made a call for “strategic partners” to buy up to 74% of its shares in Willowvale Motor Industries (WMI). IDC is also selling 74% in Deven Engineering, once the profitable assembler of Nissan UD lorries, buses and truck trailers.

Weak sales for locally made cars on the domestic market, aged assembly lines and Zimbabwe’s preference for cheaper imports will weigh on chances to attract buyers. Previous attempts to secure investors, the last of which were five years ago, yielded little interest.

Willowvale in 2017 formed a joint venture, Beiqi Zimbabwe, in a partnership with China’s fifth largest car manufacturer, Beijing Automobile International Corp, for the assembly of BAIC vehicles at its once busy lines in Harare. Willowvale also assembles Mahindra trucks at a small scale.

Established in 1961, the plants at Willowvale and Deven will struggle to attract big buyers, having seen no major retooling in recent years. A buyer would need to entirely rebuild the plant.

In an economy without motor vehicle credit, and where the number of people in formal work continues to shrink, demand for new cars is rock-bottom.

Sweet deal: How Zimbabwe’s wealthy Rudland family plans to take over one of Southern...