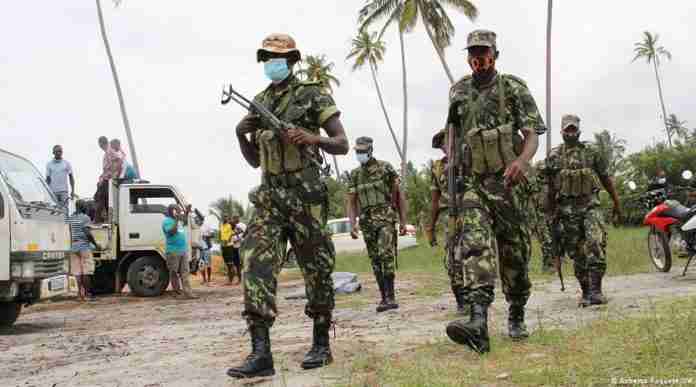 The proposal appears in the report submitted to the Extraordinary Troika Summit of the Organ on Politics, Defence and Security Cooperation in Mozambique.

The Extraordinary SADC Troika Summit, scheduled for this week, has been postponed due to the unavailability of the Botswana and South African presidents. The technical team’s report was submitted to the ministerial committee of the SADC Organ, which is meeting in Maputo.

“The evaluation team proposes the immediate deployment of a SADC alert force to assist the FADM [Armed Forces for the Defense of Mozambique] in combating the threat of terrorism and acts of violent extremism in Cabo Delgado,” reads the document.

The majority of the SADC military will consist of 1,860 elements from three light infantry battalions, followed by 140 elements from two special forces units and 120 from a communications team.

The sectors of military engineering and logistics units will be composed of 100 staff, each, with the remaining areas being responsible for the other elements.

In terms of means, the evaluation team proposes that two patrol ships, a submarine, a maritime surveillance plane, six helicopters, two drones and four transport planes be sent to Mozambique.

The report also proposes that the SADC’s military intervention of SADC must obey four phases. The first will be the collection of information by land, air and sea, in order to acquire a deep knowledge of the threat, and the second will be the immediate dispatch of special forces to conduct operations against selected targets and eliminate maritime crime in the area.

The third phase will consist of peacekeeping operations and the fourth phase will be the withdrawal of SADC force.

The report considers humanitarian assistance to internally displaced persons from the armed attacks in Cabo Delgado and the formation of the FADM in “military intelligence” as “a priority”.

The evaluation mission proposes that education and training should be given to FADM to combat terrorism.

To ensure the effectiveness of SADC’s participation in combating armed groups, the technical team proposes the creation of a coordination mechanism that will integrate a coordination between the civilian and military components and a joint information center.

Botswana, South Africa, Zimbabwe and Mozambique form the SADC Troika, tasked with finding a response to the militant attacks.

Masisi went into self-quarantine on Tuesday after the detection of a case of COVID-19 among his staff, while South Africa’s Cyril Ramaphosa is giving testimony to an inquiry into corruption under his predecessor Jacob Zuma.