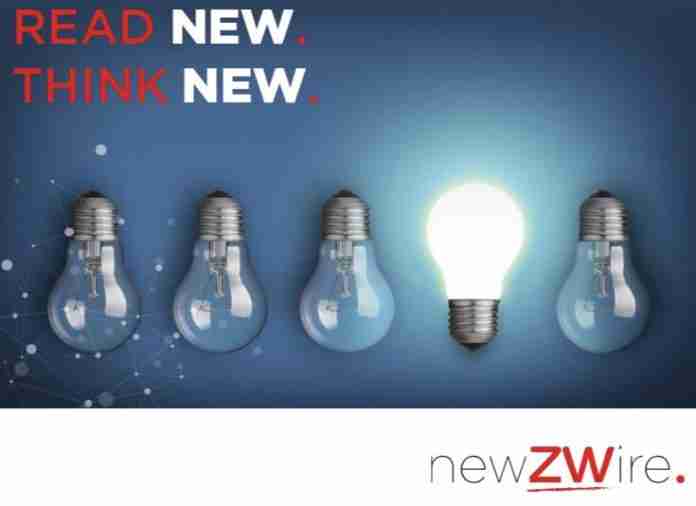 So ends 2020, a year we all wish could be deleted from the calendar.

For Zimbabwe, there was so much to process this year; from all the currency rule changes, the politics, and the impact on the economy of a virus that nobody saw coming.

And, that is what we set out to do as newZWire; trying to process stuff in as simple and straightforward way as we can, sifting out all the toxic noise that often clouds things in this country.

Here, we give you a selection of some of the most read articles on newZWire, based on your visits to the website, and also your feedback. These are pieces written by us, and also by all our generous contributors, to whom we are so grateful.

Why Trafigura is buying out long-time partner Kuda Tagwirei

In February, Trafigura, the global commodities broker, announced that it had bought out Kuda Tagwirei from the fuel business in Zimbabwe. This is the business that includes Puma Energy and other fuel distribution.

In this article, we explained why Trafigura made the move; it was to stave off sanctions. Soon, sanctions did hit Tagwirei and Sakunda.

In August, inevitably, the USA imposed sanctions on Kuda Tagwirei, “for providing support to the leadership of the Government of Zimbabwe”. We detailed how this was likely to impact the man’s vast business interests.

‘How Mujuru’s mystery death deepened my resolve to tell his story’: A conversation with author Miles Tendi

The Army and Politics in Zimbabwe: Mujuru, the Liberation Fighter and Kingmaker is the first full-length biography of General Solomon Mujuru.

The book’s author, Blessing-Miles Tendi, is Associate Professor of African Politics at the University of Oxford. After reading the book, a riveting window into the life of the maverick Rex Nhongo, we sat down with Tendi for a chat on the book.

We asked Tendi about what it took to build such a complex book – which took him almost a decade to research and write. We asked him about all things Mujuru, and the controversies around his legacy.

On Constitutionalism and the proposed amendments: Petina Gappah in conversation with David Hofisi

The Government gazetted the Constitution Amendment (No. 2) Bill, which proposes a total of 27 amendments to the Constitution. Among other changes, these amendments would allow the President to appoint at least two more Ministers from outside Parliament, extend Parliament’s women’s quota, and reserve ten extra seats in the National Assembly for youths.

The Bill also looks to drop the “running mate” clause and change the way that judges are appointed. So much to process, right?

So, we got two leading legal minds to sit down and talk about it. Petina Gappah and constitutional lawyer David Tinashe Hofisi had this very enlightening conversation on what these changes all really mean.

Brace for impact: Here is how the coronavirus will infect Zimbabwe’s economy

In March, it was becoming clear that all the economic forecasts were out the window. COVID-19 was here. Our economy, already in crisis, would be hit hard.

In this article, we detailed where we thought the pandemic would hurt us the most; from tourism, delayed infrastructure projects, low commodity prices, delayed tobacco sales, and an even faster drop in investment. Most of this happened, even worse than we expected.

The one thing that has caused the most head-scratching over the past two years, it is the constant tinkering with currency rules. This year was no different.

In March, Finance Minister Mthuli Ncube announced that the interbank currency trading system had failed. In its place, he introduced a managed float. Tellingly, he also announced a new taskforce to run point on managing the currency. Effectively, this nudged central bank John Mangudya to the touchline.

And so, in this article, we asked: Mangudya clearly can no longer be trusted to do one of his main jobs. So, why was he reappointed in the first place, and why is he still in the job?

How the RBZ’s latest forex trading system is supposed to work, if it works

Naturally, the new turn brought with it much confusion. Who wouldn’t be confused? Inside three months, we had a managed float, then the currency was fixed, and now we had another system altogether. We tried to make sense of the auction, explaining how it was supposed to work.

Months after launch, cynicism and doubt remain on whether it can be sustained. But, we also later reported on what many listed companies think of the auction.

[ALSO READ: Here’s what top companies think of the forex auction, so far]

ZANU PF’s paranoia is growing again, and this is a threat to us all

In June, President Emmerson Mnangagwa told his Politburo: “We are witnessing a relentless attack on our currency and the economy in general…fuelled by our political detractors.”

We wrote that a paranoid ZANU PF – as we have seen before – is a danger to us all, saying: “On the political front, it goes after the ‘detractors’. On the economic front, it goes into full control mode.”

Sure enough, over the days that followed, the stock market was shut down, Old Mutual was under attack, mobile money was suspended, and political activists were jailed.

In June, businessman John Bredenkamp died at age 79. In our obituary, we wrote about a man who had mastered the art of gaining influence in the corridors of power, all around the world, for profit.

“In Africa, it is essential to work with change, not against it”, his website said.

Bredenkamp was spoken of as some dark lord in a shady underworld of Zimbabwe that many of us may never see. To the grave, he took with him some of the darkest secrets of the country, and the secrets of all those with whom he profited from chaos.

COVID-19: Govt’s daily report is a mess. Here’s how to clean it up

Many times, stuff that should be basic appears like nuclear science to Zimbabwe’s government. One of them is public communication. There are many examples of failure in this area, but one of the most recent cases was COVID-19.

Our columnist Mike Murenzvi was so annoyed by the Ministry of Health’s drab daily situation report – then heavy on text, hard to read and light on key data – that he decided to help them with suggestions on how to fix it.

Zimbabwean social media is a powerful force. Give them a Twitter poll, and they will win it, easily. But, is there a dark side to Zimbabwean social media? In his essay, our columnist Chris Chenga wrote on the toxicity of Zimbabwe’s online culture, and what it says about us as a country, and our position in the world.

Gas and guns: What’s going on in Mozambique, and should Zimbabwe be worried?

An insurgency in Mozambique’s northern Cabo Delgado province has so far killed over 2,000 people and displaced nearly 400,000 others. The region, Zimbabwe included, has held multiple talks on what to do about the conflict.

In this article, we explained the fighting next door; how it started, the role of the oil and gas industry, and whether Zimbabwe should be worried.

No, Governor Mangudya, the people don’t need to understand economics. You do!

We wrote that Zimbabweans don’t need to be trained economists. If the economy is working, they would tell. It’s Mangudya himself who needs to understand how economies work.

Zimbabwe is offering land back to BIPPAs and black farmers. Betrayal or the law? Here are the facts

In August, the government announced that it would offer land back to two categories of farmers who were dispossessed under land reform; black farmers, and farmers under investment protection agreements.

As is the case with all things land, the announcement was met with outrage. “Mugabe turning in his grave,” one online headline said. Here, we detailed the facts around the announcement and the regulations around compensation.

Zimbabwe has signed a US$3.5bn compensation deal with white farmers. Here’s what you need to know

In July, the government agreed to pay US$3.5 billion in compensation to displaced former white farmers. Even though this money was for improvements on reclaimed land, and not the land itself, the deal brewed controversy. In this report, we went out to answer the questions; why are farmers being compensated? What are they being compensated for exactly? Who is paying?

Fadzayi Mahere writes on arrest ordeal: ‘I will never stop imagining that Zimbabwe can be better than it is now’

On July 31, Fadzayi Mahere, lawyer and opposition MDC Alliance spokesperson, was one of dozens of people arrested for protesting against the government. She was in a group of seven arrested at Groombridge, Harare. The group spent a night in jail, charged for ‘unnecessary movement’ in violation of the COVID-19 lockdown regulations.  Here, Mahere wrote on their ordeal, and why she would not stop protesting.

From fast foods to car parts, here is what the Innscor family of companies really owns

In May, the Competition and Tariffs Commission ordered the reversal of a deal by Innscor to buy 49% of Profeeds, one of the country’s biggest stock feed producers. In this special report, we took a look at the number of companies trace their roots to Innscor, and their massive hold on consumer goods.

Check out our video on Innscor below:

As per tradition, Mthuli Ncube posed with the “budget briefcase” when he came to Parliament to present his budget on November 26. What he really brought, though, was a massive tax net targeting the informal sector, which forms the bulk of the economy but pays little tax. We broke down how Mthuli’s new tax measures affect you.

The Beitbridge border post, one of the busiest land crossings on the continent, is getting a makeover in a US$296 million modernisation project. Zimborcers, the consortium with the contract to expand the border post, reached financial close on the project, allowing work to finally get going. This special report detailed the structuring of the project, and all the players involved.

Process vs Populism: What the Khupe-Chamisa Supreme Court ruling means

On March 31, the Supreme Court ruled that Thokozani Khupe, and not Nelson Chamisa, had interim right to lead the opposition Movement for Democratic Change. We all looked to lawyers to make sense of it all. But it’s hard to find legal opinion that’s not too coloured by politics. However, lawyer David Hofisi’s assessment stood out.

While many legal heads screamed “brutum fulmen” – meaning the ruling changes nothing – Hofisi said those saying so “might be underestimating its utility”. In his article, he also said the ruling gave Chamisa’s rivals “an ability to recall MPs and local authorities”. Well, here we are.

Raising the steaks: Why AfCFTA can be Zimbabwean beef’s gateway back into world markets