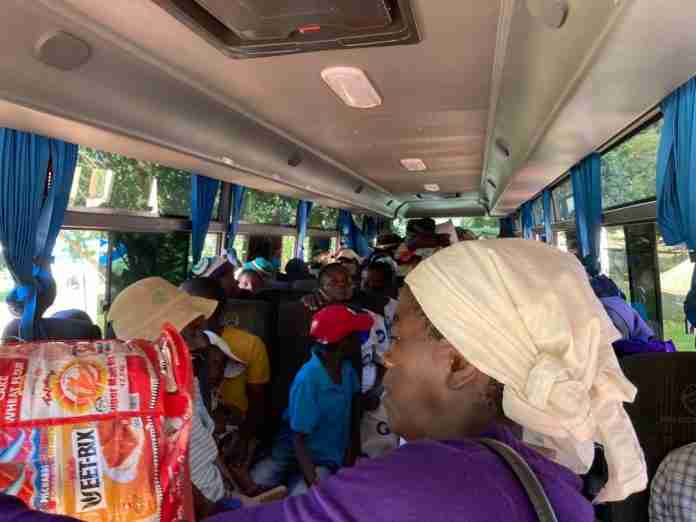 Almost two years after Cyclone Idai, hundreds of people have been holed up in tents. Now they are being moved to new shelters, as a fresh storm approaches.

Many parts of Manicaland are still to recover from Cyclone Idai, which killed hundreds in March 2019 and destroyed roads, homes and other infrastructure.

“We are urging people to hold off travel to Chimanimani and Chipinge at least for now. We don’t know how badly we will be hit, so it’s best to be cautious,” he said Monday.

The Met Department has forecast heavy rains across the country from Wednesday, with areas on the Mozambican border in Manicaland likely to be the hardest hit.

Department of Civil Protection (DCP) director Nathan Nkomo said an Emergency Services committee has identified assembly points where people at risk are to be moved. Buses have started moving some to those centres.

“Flash flooding in areas of poor drainage as well as along river basins plus mudslides and landslides as well as collapse of walls, due to excessive moisture, remain probable,” says the Met Department in an update.

Chalane will carry winds that are less than half the velocity of those of Cyclone Idai, but it will still dump as much rain as Cyclone Dineo, which left over a himdred dead in 2017.

“Tropical Depression Chalane entered warmer water of the Mozambique Channel where it is expected to re-intensify into a tropical storm similar to Cyclone Dineo. The system should sweep across the country from Wednesday into the New Year.”