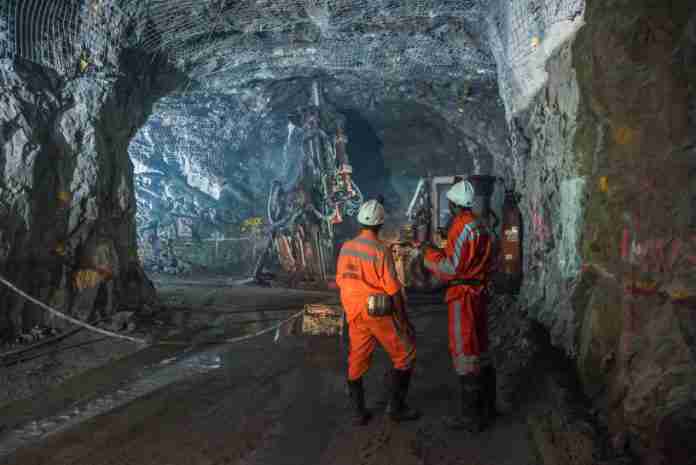 Mineral exports grew 14% in the first nine months of the year and are the biggest source of funding for the foreign currency auction, central bank governor John Mangudya says.

In the first nine months of the year, mining exports grew to US$2.4 billion, up from US$2.1 billion over the same time last year. Mangudya denies reports that RBZ is borrowing to fund the auction.

“I’m saying this because I’ve been asked by many people, ‘how are you financing the auction; are you borrowing offshore, without (Parliamentary approval)?’ I want to assure you that we are getting the forex mainly from the mining sector,” Mangudya told a meeting of miners on Wednesday.

Thirty percent of mines’ export earnings are sold to the RBZ under retention regulations, and that is used to fuel the auction system, he said. The rest was coming from the 20% retained from local foreign currency sales, and revenue from duty and tax.

“The success of the auction system in bringing stability is contributed mainly by your exports,” Mangudya told miners.

Over the nine months, total foreign currency receipts from all exports, including remittances and loans, was US$4.8 billion, up from US$4.2 billion over the same period last year.

“If you add the contribution of mining and Diaspora remittances, it compensated for the decline in agricultural and manufacturing exports, and tourism, due to COVID-19,” said Mangudya.

Since launch in June, the auction has allotted US$377 million, Mangudya says.

In the nine months to September, gold output was down from 18.3 tonnes to 12.8 tonnes, although higher prices partly offset the drop in production.

A Chamber of Mines survey released on Wednesday said most mine executives say the auction has improved forex supply, but many miners are still being denied funds under rules that disqualify bidders that have money in their foreign currency accounts.

Said the report: “About 70% of respondents bemoaned the disqualification of mining companies with positive nostro balances arguing that it is negatively affecting their ability to raise additional forex to fund capital projects.”

In 2021, mines want a relaxation of the policy on the participation of mining companies with positive nostro balances on the auction system to allow them to raise enough forex for capital spending.

OPINION | Mangudya: Time to let go of your sentimental attachment to dollarisation. That...

After requests from Europe and Asia, UK’s Contango plans to start coal exports from...