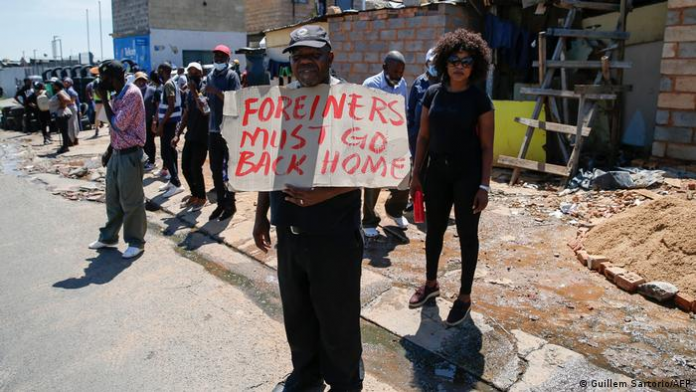 A political storm has erupted in South Africa after a video went viral showing the health minister for the Limpopo province – which borders Zimbabwe – berating a Zimbabwean woman who was seeking healthcare. Responses have been divided. Some have called for Phophi Ramathuba to step down on the grounds that verbally abusing a patient was out of order. Others have supported her, saying she reflects the sentiments of South Africans living in the area. The Conversation Africa spoke to Kudakwashe Vanyoro, who has done research on the treatment of migrants in South Africa’s healthcare sector, to unpack the issue.

What does the law say about treating non-South Africans?

According to South Africa’s National Health Act, primary healthcare facilities run by the state must provide free care to everyone, except for people covered by private medical aid schemes.

The country’s Refugee Act of 1998 stipulates that refugees are entitled to the same access to treatment and “basic healthcare services” as citizens in public healthcare facilities. This also applies to undocumented migrants who are citizens of any country in the Southern Africa Development Community. For higher levels of care, refugees and migrants must pass a means test. In some situations, irregular migrants must pay the whole cost of medical services.

These laws reflect the country’s constitution. Section 27 states that healthcare is a right that should be afforded to everyone.

In this context, medical xenophobia is a term that scholars use to describe negative attitudes, perceptions and practices of healthcare providers towards non-national patients on the basis of their national origin. Providers include frontline staff like nurses, doctors, clerks and security personnel.

The main idea that informs this discrimination is that the patient is an outsider and therefore “undeserving” of care in a public facility. The thinking is that non-nationals are over-burdening the public healthcare system by using resources that are already scarce.

In my view, medical xenophobia is sustained by unfounded myths such as the myth that non-nationals come to South Africa in buses to give birth or to get access to HIV treatment. These attitudes and perceptions translate into exclusionary practices such as denial of treatment or delay in accessing services.

In most instances, language, documentation and referral systems are used as vehicles of this discrimination. Healthcare providers scapegoat non-nationals for being unable to speak the local language, lacking referral letters or being undocumented.

How serious is the problem in South Africa?

It’s a very serious problem. But the experiences of non-nationals aren’t all the same.

They differ according to geographic context, identity and the kind of treatment a person is seeking.

Take geographic context. Discrimination may be more widespread in metropolitan spaces like Johannesburg where there’s increased political scapegoating of migrants. In this context health simply becomes an extended site for these tensions.

But it’s different where undocumented non-national patients seek to use primary healthcare services in towns on the border of neighbouring countries. Take Musina, the northernmost town in South Africa, just a few kilometres away from the border of Zimbabwe. Here non-nationals access healthcare services with relative ease, partly because of cross-border, intergenerational kinship. This lends a different political meaning to the issue of migration.

The kind of treatment people are seeking also affects the response. Non-nationals with different health conditions have different experiences and outcomes.

This points to the need to avoid generalisations. It’s important to break down where the pressure points are and how healthcare providers respond. My research shows that not all South African health providers are hostile to all African migrants.

Is the current response from South Africans misplaced?

South Africa’s public healthcare system is overburdened. But this is not because of non-nationals. According to the most reliable statistics they constitute no more than 8% of the total population.

A report by civil society group Corruption Watch highlights how corruption prevents a vast section of the population from accessing their right to decent healthcare.

The blame on migrants is therefore misplaced as these are health system management and governance issues.

This should not be a debate about individuals in a country that continues to feel the effects of health inequalities embedded by apartheid.

How much pressure do foreign nationals put on the system?

A higher concentration of non-nationals is likely in areas of high mobility and transit like border towns and metropolitan cities.

But this is not significant enough to mount pressure on the public healthcare system.

For example, most people who move to South Africa from within the region are moving for work. This suggests there’s no relation between high mobility and seeking health services.

Even if there were reported cases of women crossing the border to give birth, the public healthcare system is guided by the Uniform Patient Fee Schedule, which sets out who must pay for certain services at any South African health facility.

And, where there are pressures, these can be buffered if the proper systems are put in place to respond to challenges related to documentation, language and poor referral systems.

What should be done?

The World Health Organization has highlighted the importance of public healthcare systems needing to be responsive to the needs of migrant populations. In a 2019 report it notes countries should accommodate sudden spikes in demand brought on by the arrival of new populations.

The results of poor governance should not be blamed on poor migrants who are simply in need of services.

Healthcare providers should desist from being political gatekeepers and instead use notions of morality, ethics and public service in their decision making.